The Evenflo Symphony car seat is one that you should be familiar with if you’ve seen my previous reviews. As a comprehensive all-in-one seat, it’s a really sturdy, really quality seat that comes around year after year with continued improvements and conveniences for parents and tots alike.

This review is also for an Evenflo Symphony DLX car seat, but that won’t be the focal point. If you want to learn about that seat itself, please visit this previous review I did last year about a fairly similar model (Evenflo’s Symphony LX.) This review focuses on a fairly new safety feature Evenflo has added to their DLX model: SensorSafe.

What is Evenflo’s SensorSafe Technology?

If only a single child is hurt or harmed in a year because they’ve been left in a hot car or somehow managed to unbuckled their chest harness, it is one too many. Evenflo’s SensorSafe Technology provides comfort to parents to gently remind them through a high pitched tone that their child is in the car with them or has unbuckled their chest harness.

Most of the latter incidents tend to happen more from a mistaken buckle-in from the parents’ end (e.g., perhaps a piece of snagged clothing prevented the buckle from clasping correctly) as these harnesses do tend to be fairly safe. These buckles have evolved so well in the past 4-5 years that it is unlikely that a child can undo it, but not to say that it can’t happen. If you look at the close-up photo of the buckle itself, you’ll see how far it has to latch into itself to clip.

Unbuckling the clasp requires a lot of force on that green “SensorSafe” button followed by pulling the two ends apart. It’s very unlikely that a child can undo it by the time they grow out of needing a 5 point harness, but if your child is particularly crafty and is really well coordinated, or again, you’ve accidentally snagged a piece of clothing on it and it comes apart with little effort, this seat has your back. It’s great that a feature like this exists because this is something that often goes unattended if undone (especially without a signal of any sort) and the placement of the chest harness is crucial to your child’s head and neck safety in the event of a collision or sudden stop. This is a great advantage to have.

This is especially a huge added benefit for parents with a child under the age of 1 where you have to rear face them and cannot see them at all while you’re driving. I also have parent friends that had the luxury of quiet kids in the car. I was the opposite. My daughter was her own SensorSafe technology, screaming in car rides until she was 1 until we got her a seat high enough that she could look out the windows. Now, at age 3 ½, she remains her own SensorSafe technology, trying to guide me through philosophical discussions about every single song she hears.

How to activate Evenflo’s SensorSafe Technology in your car Activation of Evenflo SensorSafe technology is really easy. It’s kind of a smart car seat without being a smart device. SensorSafe is enabled through a two part system. The car seat’s sensor is contained in the chest clasp of the 5 point harness. A second piece connects to your vehicle’s OBDII port. (Don’t worry if this sounds confusing, I show you very clearly how to find this port and do the connection in the video above.) You don’t use this port every day, so I doubt you have anything hooked up to it right now.

Here’s a really important fact though that you should know prior to buying this seat. Out of the box, Evenflo SensorSafe only works on gas/diesel vehicles that were produced from the year 2008 or newer. If you have a hybrid vehicle, you can give Evenflo a shout for an adapter. If your vehicle is older, unfortunately, it won’t work.

SensorSafe engages immediately upon ignition of your vehicle and chimes that it’s working. SensorSafe will chime once again in the following circumstances:

The Evenflo SensorSafe technology engages when the vehicle has been moving at a speed of 5 MPH for longer than 30 seconds. The chest harness must also be closed, so if your little one isn’t with you, it won’t engage at all. To preserve battery life, it’s recommended that you leave the chest harness unlatched when not in use.

Who is Evenflo’s SensorSafe Technology best for While SensorSafe in this case comes in a convertible car seat, I don’t think it’s likely that you’ll need it for more than a couple of years. Once your child starts talking regularly and singing along to music, it’ll be really hard to forget they’re in the car. For that essential first year or two that you are rear facing your child, and still fairly sleep deprived, it’s a really helpful reminder when you’re trying to balance out all of the different responsibilities in your head. The chime is very audible and while the start up noise blends into your car starting a bit, the post-ignition noise, reminding you that your child is in the car, is one that you can’t miss.

One thing of note though is that anything plugged into the OBD port tends to stick out quite a bit thanks to a clasp that exists underneath the female end of the port. You don’t need to worry about knocking it loose, though. Once the chime device is latched in, it’s pretty well latched. You can’t accidentally kick it or pull it off, nor can it slide off. In order to remove it, you’ll have to put a lot of force in pulling it out to the point where it feels like you’re going to break it. This is purposefully designed. You have to put a lot of force on the port while pulling it off but it will eventually give. Easy Installation of your Evenflo Symphony DLX with SureLatch technology

Current Evenflo Symphony DLX car seats come equipped with SureLatch technology. One of the biggest pains for a parental installation of a seat is dealing with the Universal Anchor Tethers. UATs basically come standard in every vehicle nowadays but every car seat seems to have its own way of dealing with making you install them. Evenflo’s SureLatch technology gets rid of the annoying finger pinching UAT clips and turns it into a sliding

latch-in system where you just have to push the latch up against a UAT catch and it will latch itself. A quick push of a button and it unlatches. It’s ridiculously convenient and makes it ridiculously easy since it retracts itself into place. The only gripe I have with the technology on this particular seat is that I had trouble finding enough slack to actually install the seat in my Toyota Corolla. I had no issues doing UAT installation for a rear face but the slack issue took hold for a front face installation. You will have to put a fair bit of force on the seat when you install it to make both UATs stick. Remember that optimal installation of the seat is such where it doesn’t rock more than 1.5 inches each way side by side.

For more direct ins and outs of the seat itself (including a quick overview of the universal anchor tether system,) please check the accompanying video. Since becoming a parent, I’ve really come to appreciate what Evenflo brings to the car seat game. Their dedication to safety and innovation is a breath of fresh air in the competitive non-boutique brand car seat market. SensorSafe is no exception. While the idea of having to remind parents that your children are in the car with you may seem controversial, there is nothing wrong with having an extra layer of safety. It’s unintrusive to your child’s well being and it doesn’t affect your own driving or attentiveness in any negative way. It doesn’t require any additional technology (or a smart device) and installation of the OBD device (and the seat thanks to SureLatch technology) is quick. 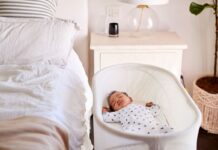 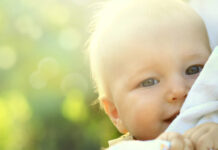