Jabra is a Danish audio brand with a long history of making audio accessories for phones. This includes headsets for office phones, cell phones, and smartphones. An early focus on business applications led to Jabra developing renowned voice quality in its headsets. With the advent of Bluetooth technology, Jabra has become a leader in the market for true wireless earbuds. Choose Jabra Elite earbuds and you can count on a comfortable fit, high performance audio, and class-leading phone call quality. Where it gets confusing is choice. Jabra offers many options, and in the past year that includes the Elite 75t, the Elite Active 75t, and now the all-new Elite 85t.

Which of these Jabra true wireless earbuds are the right ones for you?

When it comes to telling the difference, there are hints in the way Jabra names its earbuds. Each generation gets a higher model number—the Elite 75t (read my review here) was released in 2019, while the Elite 85t are new for 2020. In fact the Elite 85t earbuds don’t even officially arrive until November 13. The Elite Active 75t buds give away their target demographic of active wearers.

That’s still not necessarily a whole lot to work with, especially when these earbuds all look so similar. To help you make the right choice, let’s have a look at key differences and similarities between the three models.

What you can expect from ALL Jabra Elite Earbuds

Before delving into the differences between the Elite 75t, Elite Active 75t, and Elite 85t, I want to touch on a few key features to expect from all Jabra’s Elite earbuds.

I’ve been testing Jabra buds for some time now, and one of the big selling points to me has always been the Jabra Sound+ app and its ability to customize the earbuds’ sound with its EQ. Some people prefer a flat music listening experience, some like a lot of energy, and others prefer plenty of bass. Jabra Elite earbuds sound the way you prefer. With Bluetooth 5.0, they sync well with video content for those who watch streaming video.

The charge cases for these earbuds all feature fast-charge capability, and USB-C. Battery life is competitive. They all support multiple device pairing and can also connect to two devices simultaneously—which can be a handy trick. The tap button requires minimal pressure and no fumbling, for easy operation. You can even use it to summon your favourite personal digital assistant. Jabra’s silicone EarGels are quite comfortable. Also, the Jabra Elite 85t is unique in enabling wireless charging; it is Qi certified and works with charging pads.

Finally, voice calls aren’t big on my personal list—I’m a text guy—but for those who do make and take voice calls on their earbuds, the experience doesn’t get much better than with Jabra. The company uses multiple MEMs mic arrays for clear voice quality with minimal background noise.

All three Jabra Elite earbud models are covered by a two-year warranty.

While the Elite 85t earbuds are clearly closely related to the 75t series, Jabra has made some big changes.

The Elite 85t buds get a new semi-open design. Jabra says it scanned thousands of ears to get the optimal shape. New pressure relief vents make them more comfortable to wear than traditional closed earbud designs (including the Elite 75t series).

The MEMs mic count goes up from four to six. Why the extra mics? For the first time in Jabra Elite earbuds, there is not just Active noise cancellation (ANC), but also adjustable ANC, as in 11 levels to choose from. Music detail is upped thanks to 12mm drivers (previous models used 6mm drivers). New oval-shaped EarGels provide a better seal for improved audio and ANC performance. The charge case gets wireless charge compatibility, so you can set it on a Qi wireless charge pad.

Battery life is still solid for true wireless earbuds. Jabra says to expect 5.5 hours with ANC on, and a total of 25 hours of play time including the charge case.

IP ratings and what that means to you

Ultimately a big part of the choice between the Jabra Elite 75t, Elite Active 75t and Elite 85t boils down to IP (ingress progression ratings). Each of these three earbud models has a different IP rating.

What does all this mean? The Elite 75t are fine for exercise as they’ll survive sweat. The Elite 85t uses a semi-open design, which means these earbuds can’t be sealed the way the previous generation buds are. To compensate, components get a nano coating to protect against sweat and Jabra says they are safe to use in rain as well. The Elite Active 75t are the most durable of the bunch. If you want earbuds to wear during outdoor activity, these are the ones I’d choose. Sweat, rain downpours, dust or sand in the wind, and even an accidental drop in a puddle wouldn’t be a problem for these. During testing when I reviewed these buds in the spring, I actually submerged them in water and they were fine.

Bottom line, any of these Jabra Elite earbuds are fine for moderate exercise or getting caught in the rain. But if you are a heavy sweater, and/or spend time outdoors where heavy rain, snow, or blowing dust is a possibility, the Elite Active 75t are probably your best option.

Just when it looked like there was a key feature that set the Elite 85t earbuds above the previous generation, Jabra levelled the playing field. A new firmware update (download via the Jabra Sound+ app) is available at no charge for existing users and new users that delivers ANC to the Elite 75t and Elite Active 75t, even though they lacked that feature at launch.

However, the Elite 85t employs a dedicated ANC chip. I have yet to try them out, but the use of dedicated hardware plus two extra mics is going to give the Elite 85t earbuds a bit of an edge when it comes to active noise cancellation performance. The semi-open design should also allow for more natural audio passthrough capability.

At this point, we’ve come full circle. I can’t tell you which of these three true wireless earbuds is the best choice for you—but hopefully you have the information needed to make the right choice based on your own needs.

The good news is that no matter which Jabra elite earbuds you pick, you can count on great sound that can be customized to your preference with Jabra’s mobile app, excellent voice calls, easy to use touch controls, a comfortable fit, solid battery life—and now ANC. 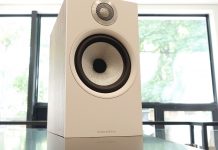 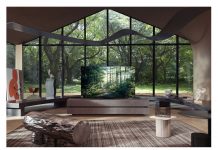