Is the Microsoft Surface Duo a phone? A tablet? A computer unto itself? It’s very much all three, and when you learn what it’s capable of, you start to do more with it. That was my experience with this Android device after using it for a solid month. What started as its own novelty act turned into a utilitarian device that I grew to really enjoy, both professionally and personally.

For starters, I was fortunate to have been able to use it after Microsoft ironed out the initial kinks. A series of software updates fixed issues that I can’t mention because I never experienced them. By tackling whatever problems the Surface Duo had early, Microsoft makes a better case for how the device is actually useful.

That’s why I took a different approach with it for this article. There are things about the Surface Duo that are both fun and productive, which is what makes it stand out so much.

Looking things up and research

Maybe it’s just me, but two screens are often better than one when it comes to any form of research or reference. The Surface Duo has two distinct screens separated by the latches in the middle. You can combine them when using a single app, but they usually work best when splitting them up.

So, if you were to run two web browsers side by side, you could either look up the same thing, or two different things at once. It could be as simple as comparing an item you’re looking to buy, or pulling up research material from two sources at once. There’s a pretty wide variance of app combinations to work with. You could play an instructive YouTube video while searching for a repair part on the other screen. Compare two computers and their specs. Double-check a stat or verify a fact going back and forth between both displays.

You can’t play two videos on the screens at once, so there are limitations. Same with music or any audio. But you do always have one screen available for media playback, while the other is free to do something else. Actually, you can also minimize the video on one screen and still use the rest of it to do something else, effectively allowing you to do three things at once.

We know that books generally fold out, so this feels like a natural extension with the Surface Duo. eReaders are great for reading books, but since there are apps to do the same thing on Android, you can take advantage of the dual-screen setup here. The Kindle and Kobo apps work really well. Open up an eBook on one of the screens, and then drag up from the bottom and move it to the middle between the two displays. It should populate both and split the book into separate pages.

While each screen on the Duo is 5.6-inches, which is smaller than your average eReader, you can still make text look bigger. When pages turn, they feel more like a book because you now see two new pages instead of one. Plus, you can also still use the same tools to bookmark, highlight, annotate or look up words like you would otherwise.

The same is true of comic books, which is super cool when you dive right into one. It could be an older comic from, say, Marvel Unlimited, DC Comics or Amazon Unlimited, or something newly released. Colours are vibrant, and though you may have to pinch-to-zoom to read some of the word bubbles, the experience is great. I felt nostalgic doing it myself. Newer comics have guided tools to fill the screen with each frame, making it easier to read as you go along.

One feature I did like, though didn’t always have to use often was App Groups. This lets you group two apps together, so when you launch them, they both appear on separate screens. To do it, you hold on one app, tap Groups, and then select the second app to finish the setup.

While not necessary, doing that can make it easier to share information from one app to another. For instance, copy and paste text from one app, like a web browser, and then immediately paste into another, like a text message or a to-do list. Microsoft enables its own apps to support these features, and you can generally do it with any app. Microsoft goes a bit further to make things flow better with its own apps.

Outlook is made to work on both screens. When set up to populate both, the inbox is on one side, while the body of an email is on the other. It’s the more natural way to handle email because it’s a lot like a computer, or even a tablet in landscape mode. The Calendar can also lay out for better organizing by splitting up days and tasks, so you’re not going back and forth adding or removing things.

The Surface Duo also supports the Surface Pen. If you have that stylus, you can get pretty precise. I tried it with editing photos in Adobe Lightroom, and found it to be far better for applying an edit to a small part of a photo, like an animal’s eye or detail on clothing. The screens may be too small for illustrating or painting. Or maybe they’re not. I leave that to artists to determine, but in any case, the Surface Pen’s support does change how the Duo functions. Now, you could add a note to a photo or screenshot of a map. You can jot down notes when need be. It’s a functionality that worked better than I expected.

It’s hard not to think of video as among the first things the Surface Duo can do. Two screens make that obvious, and with most video apps, the experience is nice because of all that real estate. For instance, watching an NHL or NBA playoff game, I could have Twitter open on the other screen. Or it could be messaging a friend, chatting with a group, looking up stats and other scores—the combinations feel almost endless.

The beauty of this was that I could do it with virtually any app that played video. Whether it was a game on NHL Live, a movie on Netflix, a show on Disney+, streaming content from Plex or letting clips play on YouTube. Tilting the screen in landscape mode makes it easy to prop it up and leave the bottom screen free for other apps. Granted, you can’t play two videos at once, but there are some ways to benefit from that limitation.

One is to follow along an instruction video. If there’s something you’re trying to figure out on an app, or you’re learning a new feature, you can follow along doing it. Another is to use a video editing app like Adobe Premiere Rush, with controls at the bottom.

Yet another is for video calls. You can conference with anyone, propping up the Duo on any angle. Super convenient, regardless of the location, and again, having a second screen helps a great deal if you have to look something up or reference a shared document. You could always use a computer to do that, but when you’re mobile, the Surface Duo does it uniquely.

Timing is everything, as the old adage says. Microsoft added support for dozens of games through its Xbox Game Pass service in May 2021, effectively turning the Surface Duo into a mini-Xbox. The best part of playing certain games is that the touch controls aren’t overlayed onto the gameplay itself. Instead, they appear on the other display, making the whole thing feel like it’s a portable game console. The touch controls do take getting used to, especially if it’s a game that requires a lot of player movement, but it is pretty cool to see it work.

This move followed what was already possible through Game Pass. Pair an Xbox or Bluetooth controller, like the PowerA Moga XP5-X+, and you can play games that way, too. Unlike a controller that can also mount the phone it’s paired with, the Surface Duo is too wide for that. Instead, prop it up itself however you like. Lay it flat and tilt the screen, or pitch it like a tent if you want. Either way, it feels like a seamless combination, and a great way to turn this into a gaming device.

In that scenario, the game doesn’t have to take up both screens, so you can pause to respond to a message, if necessary. Microsoft never really pushed the Surface Duo as a gaming device, which is odd because of the Xbox connection, but it certainly proves its worth in practice. Between playing games on emulators, or just perusing what the Google Play Store has to offer, don’t overlook this device for gaming.

Surface Duo coming into its own

Testing the Surface Duo months after it first launched meant I didn’t encounter some of the issues others noted when they first tried it in 2020. I may have come away with a different take on it then, but as is, I liked what I saw now. It’s a clever product in that it lets you discover unique ways to either have fun or be productive. It’s not like every other foldable phone, and it comes with limitations. And yet, it’s easy to like it once you start exploring it.

The things I touched on here are only part of what you can do. You can link it with a Windows 10 computer. Launch the Your Phone app, and calls, texts, notifications, photos and other data will appear on your PC. If you have Microsoft Remote Desktop, you can use that to run Windows on the Surface Duo. While not a perfect transition, it is neat to be able to do that.

There are probably things it can do that I hadn’t even considered or discovered. Dual-screen devices like the Surface Duo may come off like they offer more than the average person needs. But I would suggest that, when done right, the resulting experience feels novel and efficient in unexpectedly good ways. That’s how it was for me while using it.

To learn more about the Microsoft Surface Duo, check it out in either the 128GB or 256GB variants. 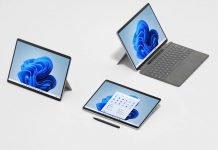