Best Buy Blog
Home Wearable Technology I’m a light sleeper. What can a wearable do for me? 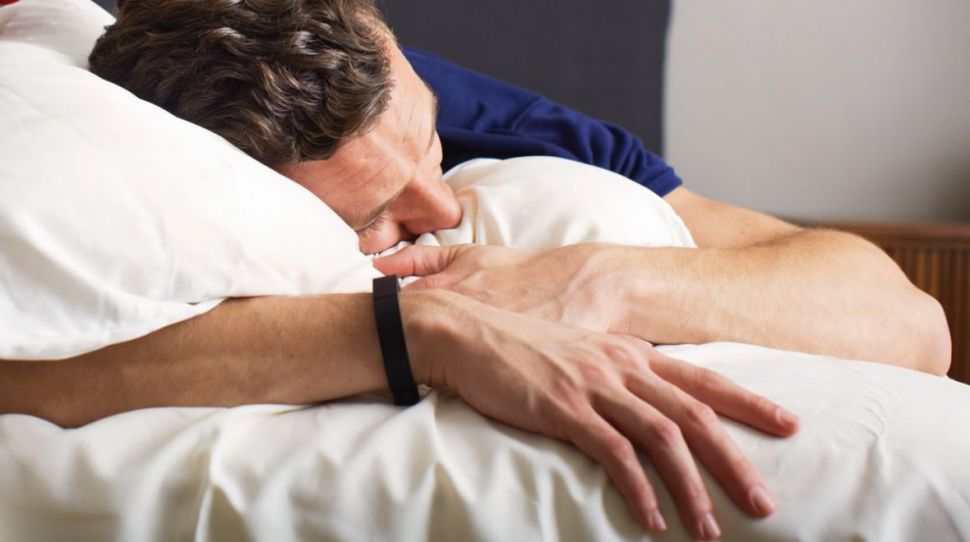 Sleep (or the lack thereof) is a consistent problem in many of our lives. Some of us choose not to get enough sleep, while some of us try and just don’t. In my younger days, I was definitely in the first category. I’d stay up until 2 AM on work nights (which started at 6 AM) and crash once a week at 5 PM to try to make that sleep up. I’ve been trying to make a better effort of this the past few years (especially since my daughter was born,) but while I’m in bed much earlier and trying to fall asleep sooner, I’ve been waking up feeling as though I barely got any sleep.

I’ve never been able to pinpoint what it was either. I had assumed I was just rolling around for hours at night awake and was wondering if I needed to seek some help as this had been ongoing for almost a year. Microsoft then came along and offered for me to review the Microsoft Band 2 (that review is coming later this month) and one of the things I noticed it did was sleep tracking. This functionality on a wearable has always interested me, so I decided to give it a whirl to see if it could help.

What a wearable monitors while you sleep

When you put your wearable on as you go to bed, it measures how long it takes you to fall asleep whether it is 5, 10 or 20 minutes. You should see this on your report the next morning.

What is being measured from here varies on the wearable. Typically, your wearable will tell you how long you were asleep for and how many times you woke up in the middle of the night. Well, it’s great that you know you’re sleeping 8 hours a night but what does that mean if you’re waking up exhausted as though you took a 20 minute nap? 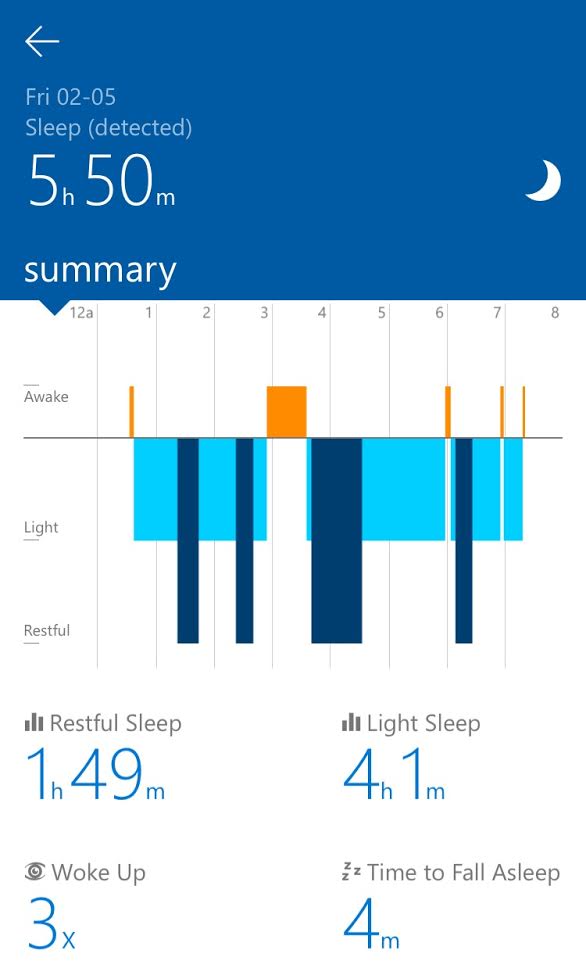 Here’s where I found Microsoft Band’s sleep tracking helpful. Upon waking up the next morning, I saw data synchronized to my phone telling me the full story. I was falling asleep much faster than I thought. I did wake up a couple times in the middle of the night but was often back to sleep within a few minutes. The biggest takeaway for me was the variation between light sleep and deep sleep. Have a look at the graphic on the right.

The usual recommended ratio for light vs. deep sleep is closer to 50%. As it turns out, for every hour of sleep I was getting, only 15 minutes was deep. I didn’t think a sample size of one night was going to be conclusive enough, so I kept it going a few more nights. The results every night were similar. Every night, my light sleep far outshadowed my deep sleep. It’s not surprising that things got this way. An early decade sleep study in the US concluded that males in their early 30s get up to 80% less deep sleep than compared with themselves 10-15 years ago.

In order to fix this, there are dozens of suggestions to follow. I wanted to change my usual routine as little as possible and see what success I got. I found the comfiest pillow in the house, changed my sheets so that they were a bit warmer and I decreased screen time before bed (I had a tendency to sit in bed with my iPad reading until I was ready to sleep.)

It worked. I haven’t quite achieved a 50/50 ratio yet but I’ve been getting much better and much deeper sleep. Becoming aware of my sleep problem and fixing it has affected my overall life for the better. I feel better and much livelier every morning and I’ve even cut down my coffee consumption from 2 cups a day to around 2 a week (I’m one of the weird people that actually like the taste of coffee so I’m not sure if I can phase out altogether.)

I guarantee you that none of this would have happened if I hadn’t thought about using a wearable to fix my sleep problems. I didn’t have the time to attend sleep studies and I had resigned myself to the idea that this would be my life going forward. 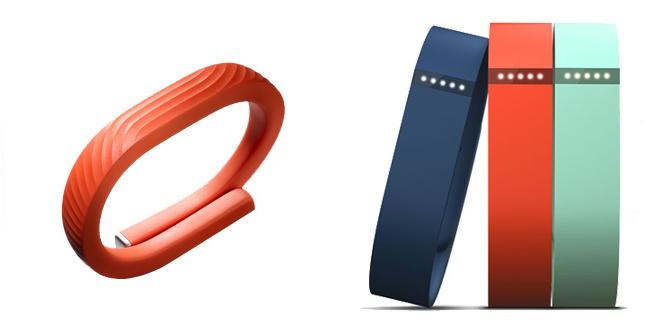 There are different wearables out there that can measure sleep but I would say that Fitbit, the Microsoft Band 2 and Jawbone’s wearables are the best known. I borrowed my mother’s Fitbit Flex to try the sleep tracking capability afterward and while I liked it too, I thought the Band’s best suited my specific needs and preferences for more data.

While my issue was fairly simple to fix, I’m not a medical professional and don’t recommend using wearables as a long term solution if issues persist past basic intervention. Speak to a doctor if problems persist and your simple fixes don’t work.