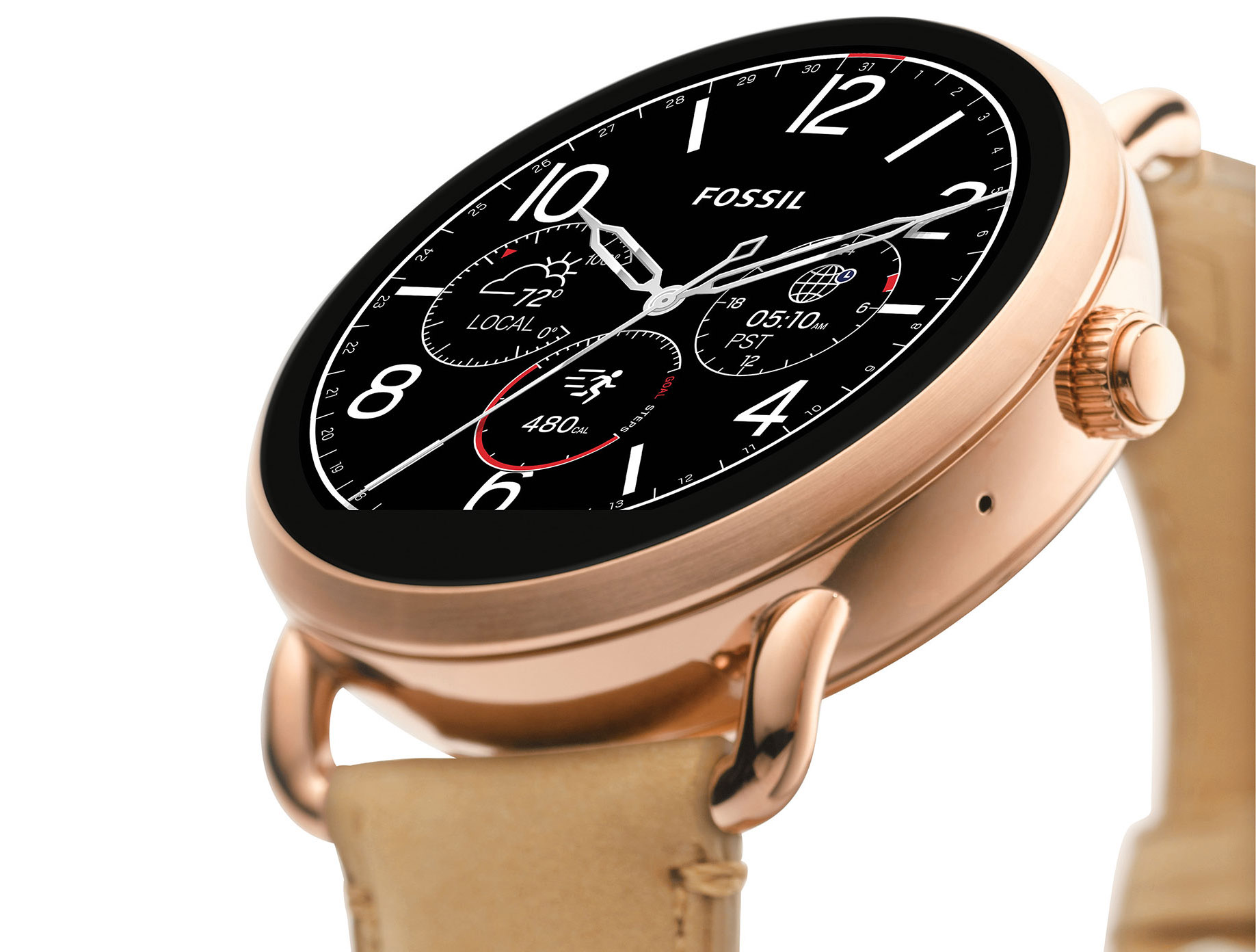 Is a new Fossil smartwatch for me?

Fossil products are great because they’re trendy, but they’re made with very traditional design aesthetics. In a similar way that Fossil’s handbags and accessories appeal to a hipster aesthetic with their leather finishes, simple silhouettes, and straight stitching, their watches and smartwatches give a new, hip feeling to traditional circular watch faces and leather bands. 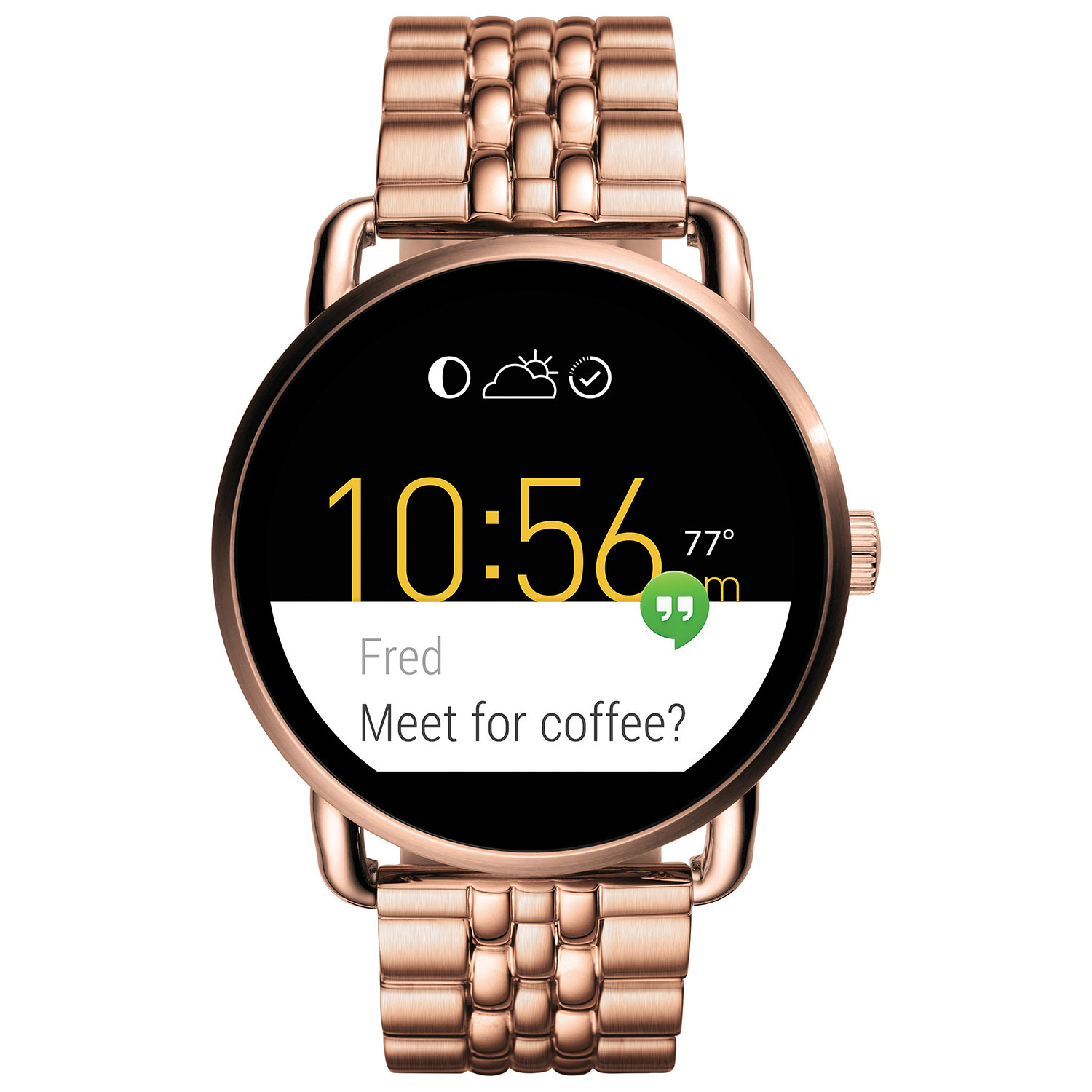 Fossil’s appeal is well-made, outdoorsy basics, and their new smartwatches knock this ideal out of the park. For women, they offer the Fossil Q Wander line, which features a 45mm watch face on two different, interchangeable bands: rose gold stainless steel, and tan leather (with the same rose gold watch face as the stainless steel band). I’ll be reviewing a Wander watch this week, so keep your eyes open for that review!

For their fall men’s line, Fossil is releasing the Fossil Q Marshal watch, again with a 45mm watch face. It’s available with four similarly interchangeable bands, each with a more solid and “masculine” joint between the watch face and the watch band than the Wander line. There’s a dark silver Smoke stainless steel finish, a brown leather band, a ridged black silicone band, and a stainless steel band. 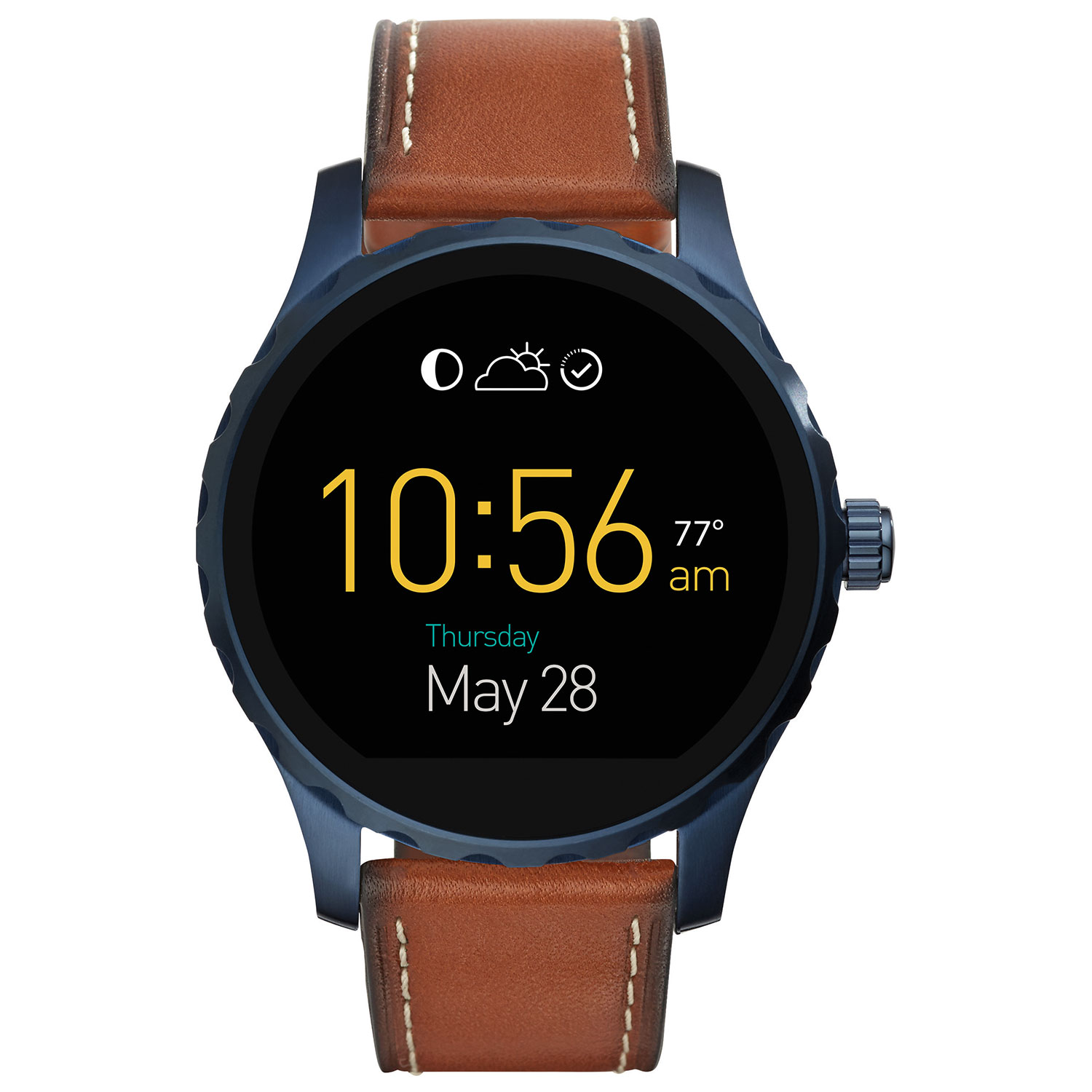 The new Fossil Q watches run on an Android Watch platform, and charge magnetically. A single charge lasts up to 24 hours, and takes about 2 hours to fully charge. Apps for the watches can be downloaded within the Android Wear app, and the watches can be used for a variety of things–far more than simply activity tracking. They pair with your smartphone via bluetooth to notify you of alarms, emails, and texts, and track your calories burned and steps taken throughout the day.

With a few extra apps downloaded through Android Wear (all of the new Fossil smartwatches have 4GB of storage), your watch can also respond to “Hello Google” voice commands, Spotify actions, and more.

Is a new Michael Kors smartwatch for me?

Michael Kors is a brand that’s known for its accessible luxury items, and their brand new smartwatches are no exception. Each one is crafted with a smart watch brain and a classic watch design, and some of them even masquerade as regular watches. 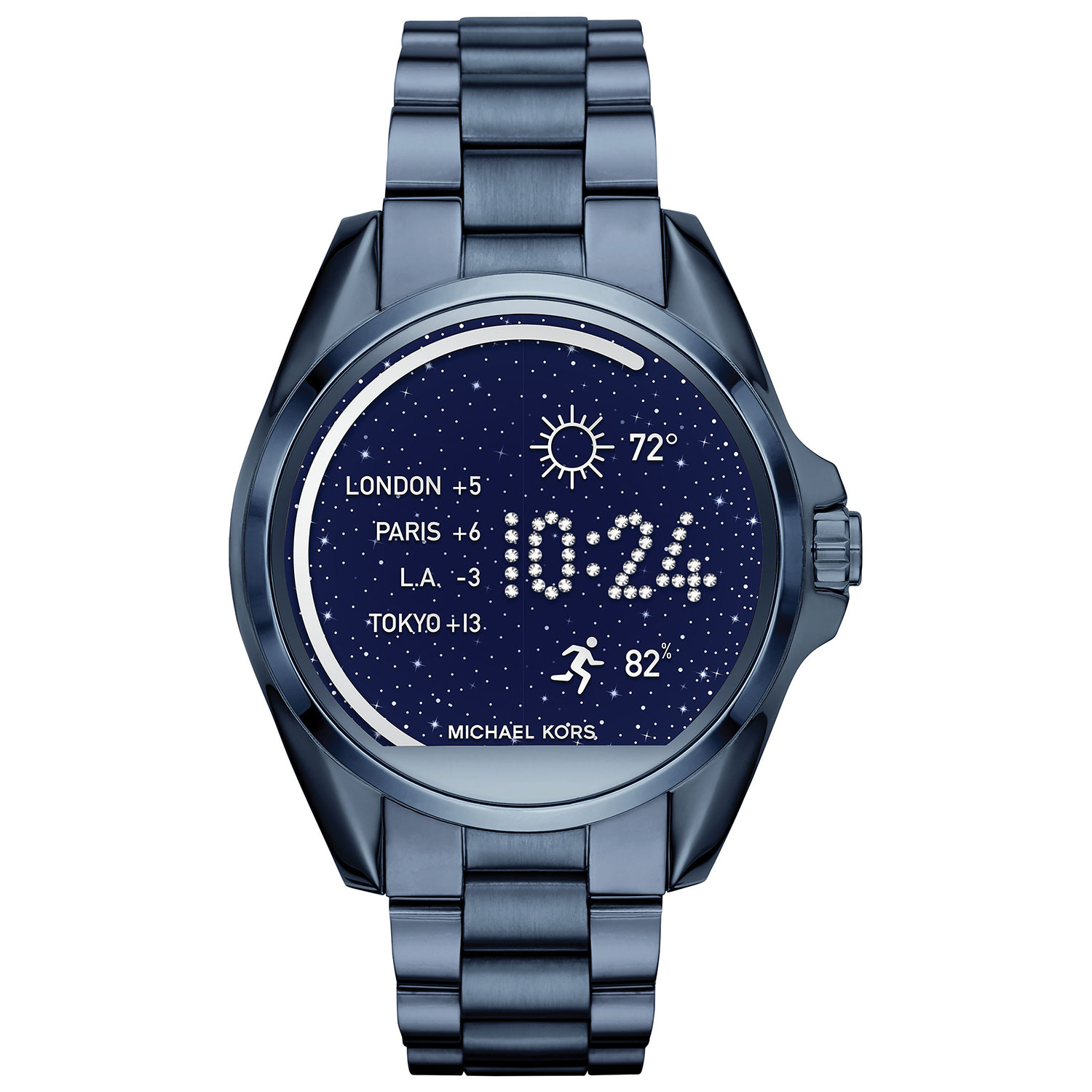 There are a few styles in the new Michael Kors and Fossil launches that look similar, so I’ll take a moment to explain the difference between the two lines. The Fossil watches all feature the same watch face: they’re very sleek, and some have a hair’s breadth of wraparound, but on the whole, they look like a well-designed smartwatch. The design is actually very similar to the Apple Watch, but circular.

Michael Kors’ smartwatches, on the other hand, are shaped and integrated like a regular watch face would be. The bands are also interchangeable, but they have a much more cohesive, luxurious look on the whole than the Fossil Q watches. Michael Kors describe their smartwatches as an item that “exudes class,” and honestly, they’re not that far off of the mark.

I fell completely in love with the Michael Kors Access Bradshaw Smartwatch while researching this post, so I’ll begin with it. It’s available in a variety of classic and trendy colours, like gold, rose gold, and gold with turtoise, and it looks exactly like what you’d expect from a tech-age Michael Kors accessory. Like the Fossil Q watches, it features an Android Wear OS, with built-in fitness tracking and voice commands for activities like web searching, alerts, and more. It similarly lasts 24 hours on a 2 hour magnetic charge, and features a 44.5mm customizable watch face. 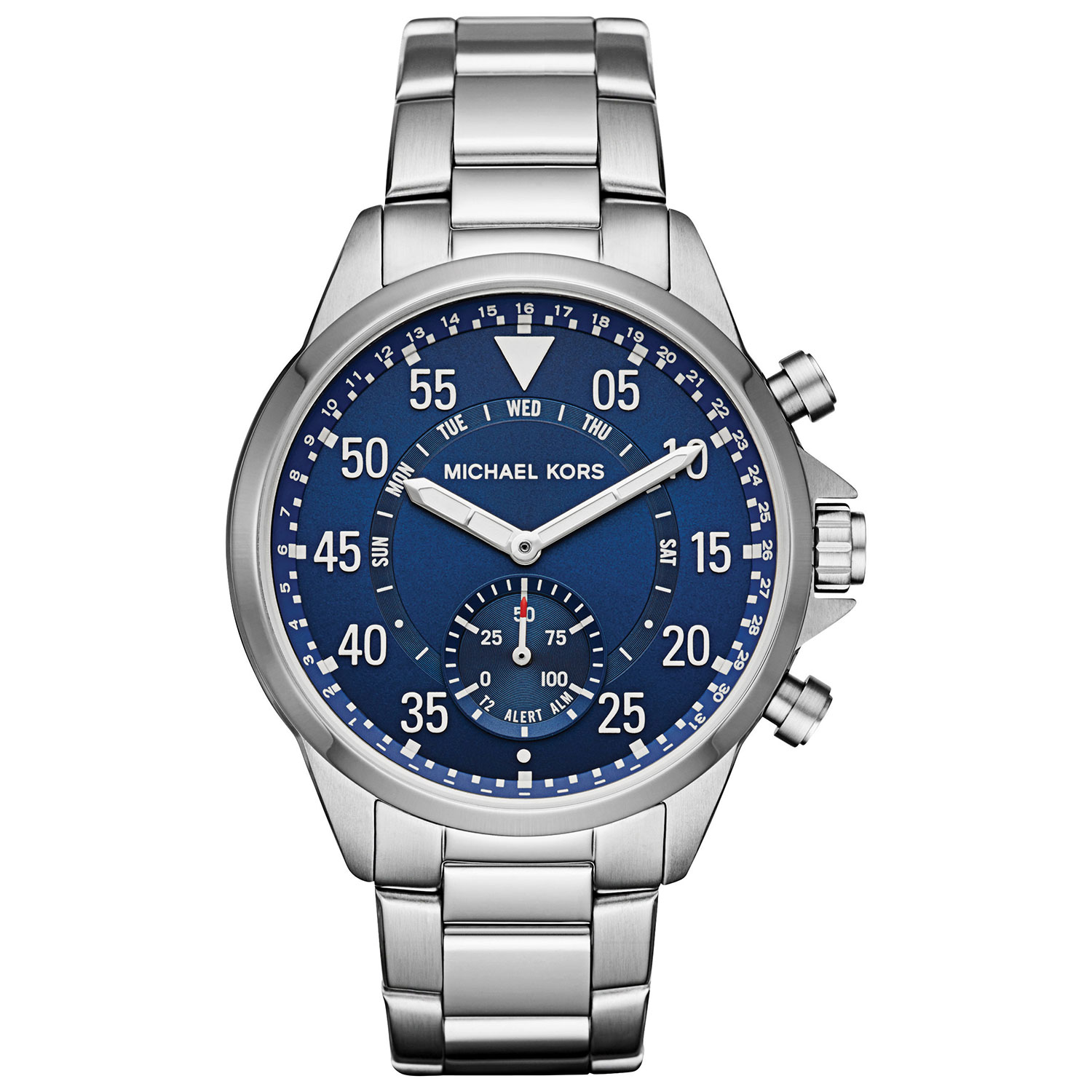 The Access Bradshaw is also an IP67 certified smartwatch, with protection against dust and water resistance up to 1 meter (for 30 minutes.) Like any Android Wear watch, more apps (like Spotify and Google Maps) are available within the Android Wear app store.

For men, there’s the Michael Kors Gage Hybrid Smartwatch, available in silver and brown leather. It features an intricate, physical watch face, and functions a lot like the Slim Runway Hybrid Smartwatch that we’ll get into in a moment. The watch face, which is a beautiful metallic blue in the silver watch finish and black in the silver and brown leather finish, shows everything from an alarm, to the time, the day of the week, and the day of the month.

I also absolutely loved the Michael Kors Slim Runway Hybrid Smartwatch, which is a smartwatch that’s totally masquerading as a regular watch. It has a beautiful gold band along with a champagne watch face and watch arms, with the only contrastive colour being a thin, hashed red alarm clock line. The result is beautiful: it looks as if the watch itself has been dipped in gold upon completion. 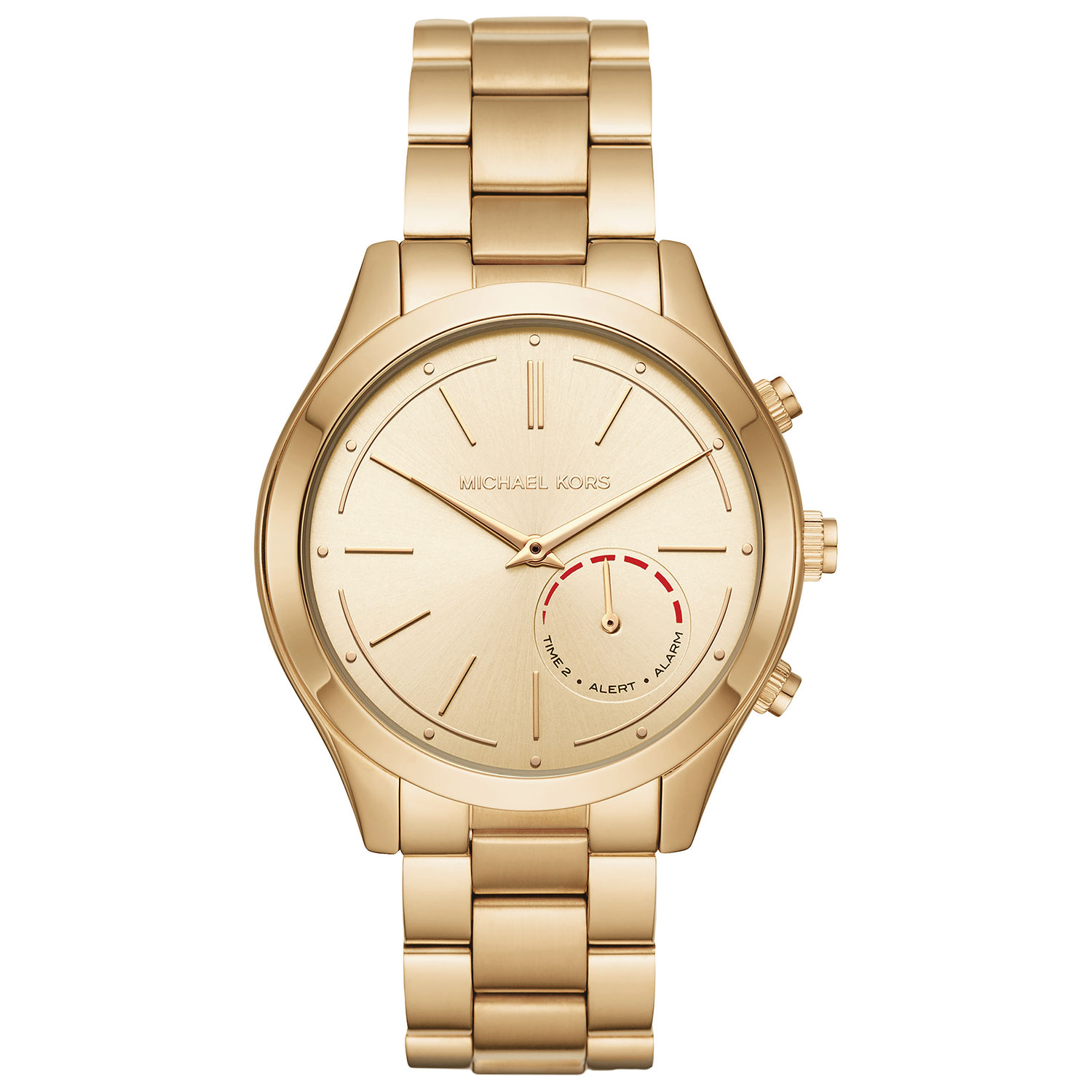 The Slim Runway Hybrid smartwatch is interesting because it doesn’t have an LED watch face, or a magnetic charger. Instead, it completes simple tasks like sleep and fitness tracking, custom notifications for your calls, texts, emails, and app updates, and a discreet LINK smart button that lets you control your phone and snap photos using just your watch.

With its 6 month battery life, interchangeable gold-plated band, and 30 m water resistance, the Slim Runway Hybrid just feels like the kind of watch a spy would wear. It looks just like a regular watch, but it does so much more than that.

One of the things that I love so much about smartwatches is that no matter who you are, there’s a smartwatch out there for you. There are so many different brands approaching them in different ways that the market is full of lots of different, unique models, and it’s easy to find one that’s just right for you.

For some glitz and glam, make sure you check out the traditional watch-style Michael Kors smartwatches. And, for something a little more casual and hip, have a gander at the new smartwatches from Fossil. 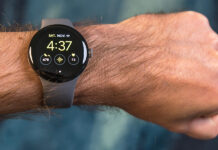