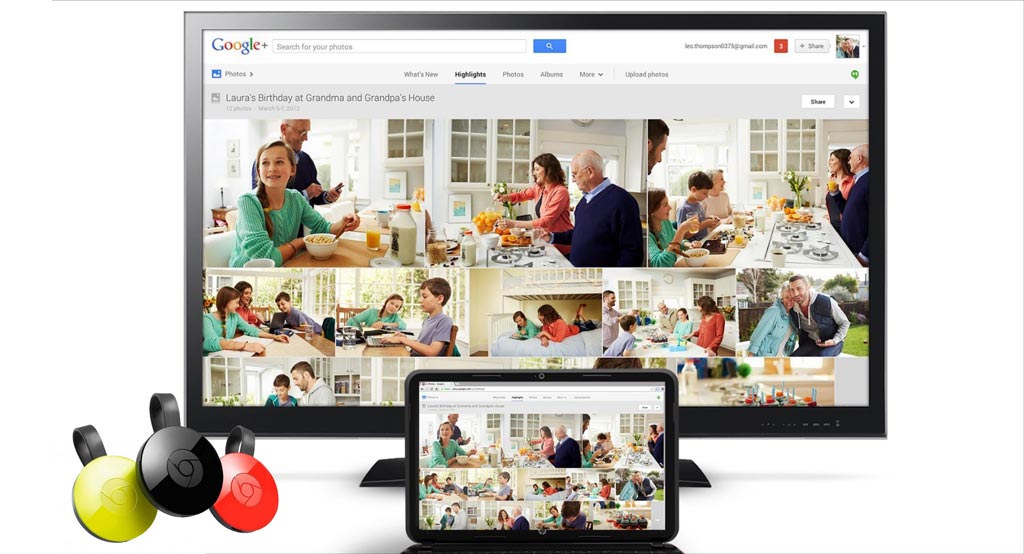 If you have a Google Chromecast already, then you likely know what it’s capable of. If you don’t, then you may interested to find out. The small, affordable device is known for being able to stream YouTube, Netflix, Spotify, NHL GameCenter and much more directly from a smartphone or tablet, and is capable of doing some other cool things with the right settings.

For a quick refresher, the Chromecast is an HDMI dongle that plugs into your TV and can then “talk” to certain Android or iOS apps to beam content over to the big screen. Android devices running version 4.4.2 KitKat or later can also cast their screens over through the device to mirror their display. Chrome web browsers on Windows PCs, Macs and Chromebooks also have open access to casting content over, meaning anything in a browser window can be transferred over.

With a new version of the device having recently launched, plus the Chromecast Audio for retrofitting older stereo systems, there are some cool ways to make use of the device.

I should note that there is a free Chromecast app for Android and iOS that helps control many features and keep you updated on supported apps. 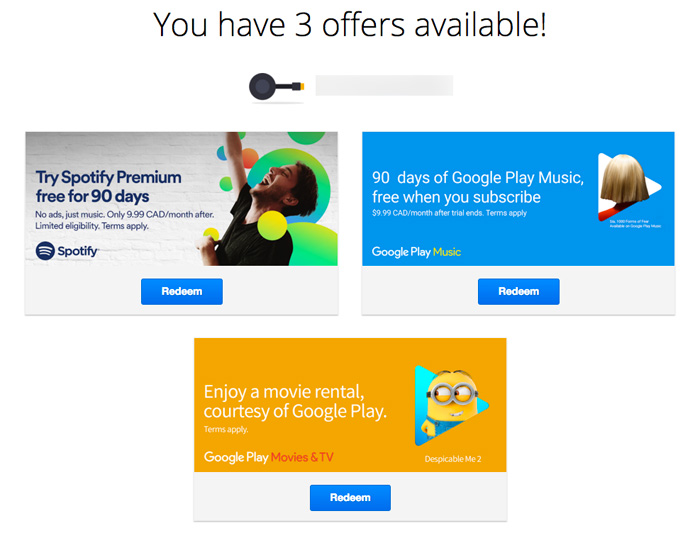 Google will throw out some incentives to Chromecast users, except the company doesn’t make them obvious. This link takes you straight to the page, where you link your Chromecast’s ID to Google’s servers to unlock the offers. These change over time, but the idea is that you may get extras that you wouldn’t have found otherwise.

In the same vein, showing photos from a vacation or trip somewhere is easy with apps that support Chromecast. This will work with Facebook and even iCloud.

Some games are optimized to work with the Chromecast, so that the phone or tablet acts as a controller, while the action takes place onscreen. There are about 100 games or so that currently offer that support, though not all are particularly good.

Another option is to cast your screen and play like you normally would on your phone or tablet, while the action is mirrored onto the TV. It’s a nice way to play a game collaboratively with others, even if the game doesn’t have native Chromecast support yet. 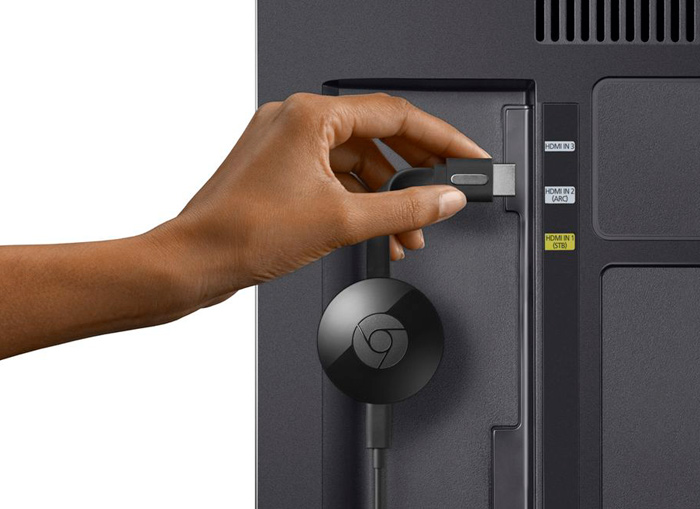 If you have a bunch of movies and shows stored on a hard drive, the Chromecast doesn’t make it easy to get to that content. In some cases, you may use an app that can, which also supports Chromecast (DS Video comes to mind), but you can also use Plex as a foolproof method to play anything you have. You will need to set up a Plex Media Server app on a computer, but it’s not as hard as it sounds, and you should be up and running quickly.

Spotify is fully supported through the Chromecast, which is great if your best speakers are connected to your TV. Google Play Music also works flawlessly this way, too. If you have an older pair or speakers, or even anything that has a standard headphone jack, you can use the Chromecast Audio to bring Wi-Fi connectivity to them and stream music over that way.

Streaming music in the car

The Chromecast Audio is workable in the car through some clever connectivity. If you have an Aux-In port in your vehicle, plug in the Chromecast Audio, create a Wi-Fi hotspot on your smartphone, connect the device to the network through the Chromecast app and you can then stream music wirelessly. Note that this works if you have music stored on your phone, too, thereby lessening the amount of data you’re using up.

You may be up late, or have a baby napping, but desperately want to watch something as serenely as possible. The Chromecast can do this through the help of apps like LocalCast, which beam the video over, while keeping the audio onto your mobile device. Plug in a pair of headphones, and you have a neat hybrid solution that shouldn’t disturb anyone else. 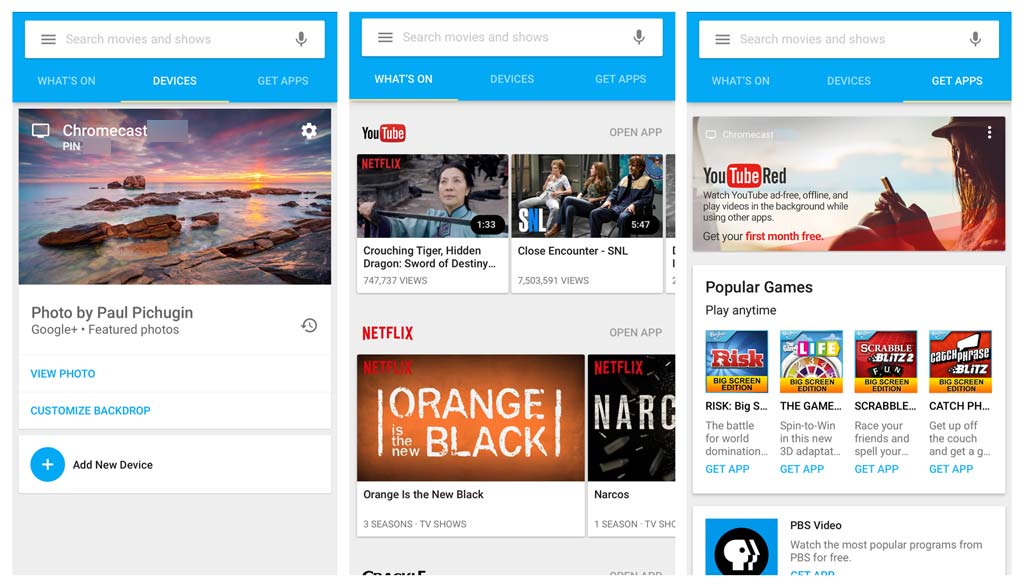 Speaking of babies, there is now direct support for the YouTube Kids app, so the little ones can cast videos to the TV without you worrying about inappropriate content popping up.

Using Google Slides, you can cast a presentation from a Chrome browser to a TV through a Chromecast. You only need to have the Google Cast extension installed and make sure both the device you’re using and the Chromecast are on the same Wi-Fi network.

Friends and family who come over and want to cast content over can easily do it when connected to the same Wi-Fi network, but if you would prefer they don’t have any other access beyond basic casting, there is a Guest Mode setting that can be toggled on and off in the settings.

Chromecast usage at hotels is a bit tricky, and is really only possible when you bring your own travel router with you (think an Apple Airport Express or something similar) that can take the room’s Ethernet connection and create a separate Wi-Fi network. Some hotels have cracked down on this practice, so it’s not a full-proof solution, but in cases where you can, you would only need to plug the device into the TV and connect it to the same newly-created Wi-Fi network. Do the same with your mobile device or computer and all the apps and plug-ins are there for you to use.

For most TVs, simply starting a cast session will automatically switch to the HDMI input that the Chromecast is plugged into, so you don’t have to switch it first before getting started. TVs that have HDMI-CEC built-in expand on this by enabling playback controls on the TV’s own remote. You should be able to play, pause, stop, rewind and fast-forward what you’re watching. This is far from being effective across the board, so it may or may not work for you.

Both the Chromecast and Chromecast Audio are available at Best Buy now.