The R5 is geared towards pro shooters, while the R6 is geared towards serious enthusiasts. The R6 carries a 20.1 megapixel sensor that can capture 4K at 59.94 frames per second. It can shoot up to 20fps in silent mode and is equipped with Canon’s latest Dual Pixel CMOS AF II autofocus. According to the press release, the “1,053 automatically selected AF Zones are made even more potent by the ability to detect the human eye, face or head as well as the eye, face or body of animals such as dogs, cats and even birds.” That is sure to excite the wildlife photographers out there!

The R6 has 5-axis in-body stabilization which, when combined with one of Canon’s image stabilized lenses, provides up to 8 stops of shake correction—awesome for shooting smoother videos. It is weather, drip and dust sealed, and I anticipate this camera will be incredibly solid and well-built. I love the look of the top panel, pictured below.

I am a little bit concerned that there is no mention of USB charging in the press release, which leads me to think that you will need to buy a special adapter in order to unlock that feature, as per the RP.

Another feature that’s going to impress video shooters is the R6’s ability to capture video in 10 bit 4:2:2 Canon Log(H.265) or HDR PQ(H.265). All of this amounts to some serious post-processing potential and will make video shooters very excited. One of the big criticisms of Sony’s full-frame A7 III is that it only captures video in 8-bit colour.

The R6 comes with dual card slots and a vari-angle LCD touch screen, which, if my experience with the RP is anything to go by, will be fantastically useful. The battery has also been upgraded, promising more shooting time than previous mirrorless models.

One of the big question marks for these new cameras will be low-light, high ISO  performance. Sony mirrorless cameras are renowned for their amazing high ISO performance (and my own experience with the A7III confirms this), so it will be very interesting to see how the new EOS R6 performs. It can shoot at a maximum ISO of 51200, expandable to 102,400.

Canon has been a bit of a laggard in the mirrorless camera world, playing third fiddle to Sony and Nikon, but with these two new camera releases it has made a serious statement about it’s intention to reestablish it’s reputation as one of the preeminent camera manufacturers in the world. It will be interesting to see how this increased focus on the mirrorless segment impacts Canon’s DSLR output. Some commentators think that this is officially the death of the DSLR. We shall see. I have to say I was supremely impressed by the 5D Mark IV, so I wouldn’t be too quick to write it off.

Check out my review of the Canon EOS 5D Mark IV.

One of the drawbacks of the Canon R series has been the lack of compatible lenses. Canon is widely respected for the quality of their lenses and today they have also announced the release of 4 new lenses for the R series of full-frame mirrorless cameras. These are not, however, L lenses so you won’t see that famed red ring around the barrel that signifies Canon’s premium lenses.

First of all we have the Canon RF100-500mm F4.5-7.1 L IS USM lens. This is a telephoto lens that I think many nature and wildlife shooters will appreciate, given the wide range of long focal lengths it can achieve and the fact that it is image stabilized.

Finally we have the Canon RF85mm F2 Macro IS STM lens, which is the third 85mm lens in the RF lineup. That wide f/2 maximum aperture will likely produce really nice bokeh, and with a minimum focusing distance of 1.15 feet you also get macro photography capability. This 85mm has Hybrid IS which “compensates for angular and shift camera shake during macro photography”. It also has a control ring which allows you to change certain settings—a great feature that you won’t find on DSLR lenses.

Check out the complete range of full-frame mirrorless cameras available at BestBuy.ca! 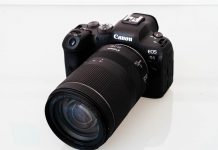 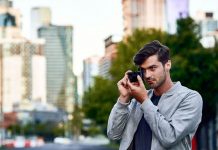 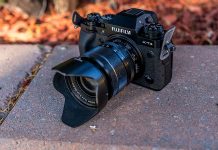