Today I’m reviewing one of the most highly regarded mirrorless cameras  ever made—the Sony a7 III, and asking one simple question: Is this the ultimate camera for shooting high quality stills and video?

For my professional photography I insist on using a full frame camera. I want to have lots of flexibility when it comes to post processing and I want the option to give my clients very large files if needed. I also appreciate the added low light capabilities offered by that full frame. But until recently there have not been many full frame mirrorless cameras on the market, and so the only option available was full frame DSLRs.

The original Sony a7 caused quite a stir when it was first announced because it was the first full frame mirrorless camera from a major manufacturer. And Sony has consistently raised the bar with each iteration, from that original a7 to the a7 II to the latest and greatest, the a7 III. I have been a Canon shooter since forever and I’ve always been very happy with my Canon cameras. However, since I started shooting video my outlook has changed. Canon cameras produce wonderful stills, and they are well designed and intuitive to use. However, they are comparatively weak when it comes to shooting video, so when I started to look for an upgrade, the a7 III quickly appeared on my radar. I was looking for a camera that shoots 4K video and also Full HD at 120 frames per second, and the a7 III ticks both boxes.

I was having some trouble finding an a7 III in stock at my local camera stores, but thankfully Best Buy had one left, a kit with the 28-70mm OSS lens. It was actually an open box model, which in previous times might have made me hesitate, but it just so happened that I had recently purchased an open box PC from Best Buy. On that occasion I asked the sales advisor a lot of questions about buying open box models, and since I had a trouble-free experience with my new PC, I was happy to go with the open box a7 III, which came with a hefty discount. I was also reassured that I could return it within two weeks with no restocking fee. It was a no-brainer in the end. It’s always an interesting experience to move from one camera brand to another, and one that most people won’t go through very often because of the learning curve required to get up to speed with a new system. There’s always going to be pros and cons to any system, and there is no perfect, one-size-fits-all camera anywhere, so really you need to manage your expectations pretty carefully.

The a7 III is very compact

The first thing I noticed about the a7 III was the size. It is a very compact body, much smaller than my 5D, which is to be expected from a mirrorless. Indeed it is one of the key selling features of mirrorless cameras. However, for my hand it is just a little bit too small and I find that my pinky finger has nowhere to grip on. The solution to this issue is a battery grip which not only improves the ergonomics of the camera but also the battery life as the grip houses two batteries which doubles your shooting time. In terms of specs, the a7 III carries a full-frame sensor with 693 phase-detection AF points plus 495 contrast-detection AF points, along with something called 4D Focus making it an autofocus master. It shoots up to 10 frames per second full resolution with autofocus tracking, or 8 frames per second in live-view mode. It shoots 4K video and Full HD at up to 120fps. It shoots at a maximum ISO of 51200, which is three stops more than my current 5D.

One of the killer features on the a7 III however is the in-body image stabilization. This allows you to shoot photos at much lower than usual shutter speeds, which is great in low light situations. It’s also a fantastic feature for shooting video and allows you to get much smoother hand-held footage. And when you combine this with the image stabilization that comes with the FE 28-70mm f/3.5-5.6 OSS lens, you can create some really impressive work.

Speaking of the kit lens … I generally don’t have many good things to say about kit lenses (the lens supplied as standard) variously comparing them to doorstops and paperweights. This lens has actually surprised me though. It is absolutely capable of producing clean, sharp images. I am going to upgrade to the FE 24-105mm f/4 G OSS lens because I need a longer focal length to shoot headshots (85mm is considered the optimal portrait focal length), and I also want to be able to shoot at f/4 right the way through the focal range.

A couple of less exciting features of the a7 III that I wanted to call out are the dual card slots and the USB charging. The a7 III doesn’t actually come with a battery charger so your only option is to charge by USB. I’m fine with this as it’s a huge advantage when you’re travelling because you don’t need to worry about foreign socket types. It does take longer to charge by USB so I’ve got into the habit of plugging my a7 III in every time I get back from a shoot, no matter how short.

Dual card slots mean that you can pack two cards in the camera at once, and I like this feature for two reasons. Firstly it allows you to double your memory capacity and, in the era of 512GB cards, this means you could have a full terabyte of memory on your a7 III! That is pretty phenomenal. The second thing about dual slots is that you can basically keep a spare card in your camera at all times. It does sometimes happen that you’ll grab your camera on the way out the door and realize later that your card is in the card reader on your computer. With dual card slots and a spare card, problem solved.

In terms of image quality, I am absolutely satisfied with the a7 III. To be honest, I had few doubts about image quality since, these days, higher-end cameras are excellent across the board. Video quality is still up for debate though, as it is still a relatively new technology. The a7 III gives you a host of different settings in order to tweak your video quality, including log shooting which allows you to shoot HDR footage, even at high frame rates. This feature makes videographers very happy. What makes them a little sad is the fact that the a7 III does not have a fully-articulated flip-out screen. Vloggers, for example, really love to have a screen that can face forwards so they can check their composition and focus. You can connect the a7 III to your phone and get a live view that way, but you cannot change your focus point, which is unfortunate.

There are some drawbacks to the a7 III, including a rather underwhelming touchscreen and that much-derided Sony menu system, but overall it’s features and performance are incredibly impressive. It’s hard to get warm fuzzy feelings about this camera because it lacks a certain charm and usability, but I am nonetheless excited for the creative possibilities it offers me.

The Sony a7 III camera is available now at Best Buy Canada. 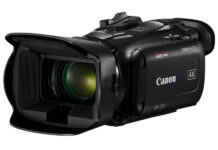