In some ways the eReader seems like a technological relic of an older time. So many single-purpose gadgets have gone the way of the Dodo, replaced by multipurpose devices we carry with us everywhere. If there’s a tech-related gadget that has a single primary purpose, chances are a smartphone or tablet has its number. The classic case is the Walkman. The ubiquitous portable music player for a decade was killed off by the iPod. And the iPod, in turn, was all but killed off by the iPhone.

Other smartphone and tablet victims include the point and shoot camera, camcorders, pocket calculators and portable TVs. Most of those are still around, but most have suffered a huge drop in popularity. What about eReaders? These are another classic single-purpose device and their functionality has been largely replicated by an app on a tablet or smartphone. I can access an eBook from my Kobo library on my iPhone or iPad running the Kobo app just as easily as I can on a Kobo eReader. And since I’m already carrying those devices—that also do a gazillion other cool things—why would I still use the e-reader?

And why am I planning on buying another? Note: In case you’re wondering, that would be the Kobo Aura ONE reviewed by Ted Kritsonis.

Here are three reasons why an eReader isn’t a technological relic, but is actually just as relevant as ever.

I’m rolling two huge Ereader advantages into one point, because they pretty much go hand in hand. And make no mistake, these are huge. Smartphones and tablets have made up virtually zero ground in these areas.

First is the E Ink display. This is a key feature of an e-reader. E Ink displays are non-reflective. They look even better in bright sunlight where a smartphone or tablet is a washed out mess of reflections. Most current e-readers (including those from Kobo) include a lighting system for night reading, but they employ side-lighting technology instead of the backlighting used in the LCD or AMOLED displays on smartphones and tablets. This makes reading in the dark much easier on your eyes because the light isn’t blasting directly into them.

E Ink displays only draw power when the page is “turned” and they redraw. That means eReaders have battery life measured in weeks. I always bring my eReader with me when I travel or go camping. On a typical two week vacation, with reading nightly for a few hours, and reading by the pool or beach (more on that below), I don’t have to even bother bringing a charger. My eReader is always ready.

More Durable Than Most Tablets, With Waterproof Versions

In my experience, eReaders are less prone to physical damage than tablets. They weigh much less (and are also smaller and easier to hold onto for one-handed reading), which probably has something to do with that. I’ve dropped e-readers off tables more times than I can count, with no damage. Tablets? A table-height drop is very likely to result in a cracked display.

Kobo also makes waterproof e-readers, including the Aura H2O. I have literally put one of these eReaders in a sink and filled it with water with no negative results. Would I do that with my iPad or Surface? Nope. That waterproof capability—combined with a display that looks great in the sun—makes an eReader the perfect way to read a book at the beach or while sitting by a pool.

In a worst case scenario—say your e-reader gets run over by a car—the cost of replacement is significantly less than a smartphone or tablet. Even Kobo’s flagship Aura ONE goes for about half the price of the latest entry-level iPad.

That’s one of the best cases for keeping an eReader as a single-purpose device. There is nothing on that screen to distract you from reading. Mind you, these things have evolved from early models, and there are now rabbit holes you can go down if your attention wanders. With a Wi-Fi connection, you can go shopping for more eBooks, for example. You can also play around with word definitions and references.

That’s nothing compared to what happens when I read an eBook on my tablet or smartphone, though. Messages pop up, and I feel I need to respond to those. I’ll read about something that sounds cool, then decide to see if you can actually buy one of those. Next thing you know, the eBook app is in the background and I’m on the Best Buy Canada website. Maybe I should check to see what’s happening on Twitter. Since I’m taking a break, may as well check the scores and maybe watch some replays.

See what I mean? An eReader in your hand provides a distraction-free reading experience.

Those are three of the big reasons why I feel eReaders are still relevant. What it boils down to is that tablets and smartphones can replicate some of the key functionality of an e-reader, but not as well. There are so many compromises involved—unless you’re reading on a tablet in an absolutely ideal environment—that it seems likely the E Ink devices are going to escape the single-purpose curse for a while yet.

If you still prefer the idea of a single slab of glass to do everything, Best Buy has you covered with all the latest and greatest tablets, including iPads, Android and Windows models. And if you’re ready to take the plunge and enjoy the best possible digital reading experience, you’ll find eReaders as well, including the latest by Kobo. 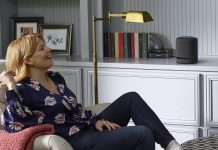 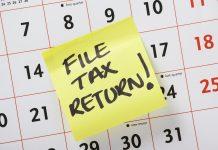 Tips to help you prepare your taxes 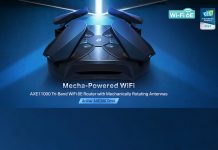