You want to be an elite gamer with an elite gaming monitor. The trouble is that your budget is less than elite. I understand your situation, I really do. Like you, I am falling behind in the hardware upgrade arms race. But take heart! The Acer Predator XB0 monitor hopes to deliver high quality gaming graphics while keeping your budget under the limit. I took the Acer Predator XB0 for a spin on a couple of different gaming systems and tested their claims. It is a minor point, but I congratulate Acer on effective packaging. Frequently, monitors are packed with ample room to spare in boxes twice as large as they need to be. All of the Acer XB0 components were snugly ensconced in protective packaging, without wasting any space. And I am always thrilled when I open a review unit and discover a multitude of cables. The Acer XB0 comes with a DVI, a display port, a VGA and an audio cable. If I was compelled to connect this monitor to the ancient PC in the basement with its even older VGA video card, I could do that. The physical set up was quick and easy. The base attaches to the arm with two secured screws, and the other end of the arm clips onto the monitor. The arm has an open space to run the cables through, which is a nice touch.You can wall mount the monitor instead, but you would have to buy the wall plate separately. I did have a brief moment of panic when I thought the stand was permanently attached to the monitor, but a quick read of the set-up instructions led me to the release button. I should probably read the instructions before I assemble anything. The stand is designed to be adjusted with very little effort, and it works. I was able to move the screen to a variety of viewing positions with only two fingers.

The Acer XB0 strikes a nice balance between your average boring monitor and an overly flashy gaming monitor. It doesn’t have any flashing lights or brightly coloured translucent plastics, if you’re the type who wants that kind of esthetic. I am not. I want my monitor to focus on the image its displaying, not a radical lightshow distracting my eyes from the game. My joy cannot be contained when I see a monitor with more than one bezel button for making configuration changes and adjustments. I do not like a single, multi-direction button, because it frustrates and confounds me. The Acer XB0, thankfully, has 5 individual buttons to navigate through the configuration menus. The menus themselves are standard menus, with obscure terminology and more acronyms than you can shake a stick at. Acer does not provide configuration software for your PC, so any additional adjustments are done through your video card’s software. Speaking of your video card: it is an nVidia card, right? I hope so, because this monitor is designed to work with an nVidia card. G-sync is nVidia’s proprietary solution to the horrors of blurry moving images and screen tears. That is why you need to have an nVidia card to get the most from the Acer Predator XB0.

Boy, that sounds more intriguing than it actually is. Twisted nematic film (TN) is the type of LCD panel used in the monitor. It has less forgiving viewing angles than the competing technology (IPS). From the sides, a TN monitor like the Acer XB0 has some unwelcome colour degradation. But no one sits down to game and positions themselves all the way to one side or the other, so this drawback is inconsequential. The advantage, however, of using a TN monitor is speed. TN response time is faster than IPS, and speed is what you need to win.

I appreciate any monitor that comes with built-in speakers, even if those speakers are a bit underwhelming. You won’t wow anyone with the sound trickling out of the Acer’s 2 watt speakers, but they are adequate for any situation where your more robust speakers are not available. Since the monitor is light and easy to transport, this situation could come up more often than you think. And you can simply plug your headphones directly into the audio jack to hear the sound passed through the HDMI connection or the (included) audio in cable.

3D-Vision is nVidia’s solution to bring 3D imaging to your gaming and media experience. It requires an additional hardware kit containing glasses and an infrared (IR) emitter, and an nVidia graphics card. After a few painful headaches from 3D movies, I am reluctant to jump into 3D gaming. Nevertheless, the Acer Predator XB0 supports 3D-vision if you’re interested in it. Keep in mind that not every game supports 3D display, so check it for compatibility before getting your hopes up.

This feature allows you to reduce the amount of blue light emitted by the monitor. Why? Because prolonged exposure to blue light can have some adverse effects. People who are prone to migraines can have one triggered by lengthy exposure to blue light. And the strain placed on your eyes by excessive blue light can worsen concussion and post-concussion syndrome symptoms. Even for someone with regular eye health and no outstanding issues, reducing blue light is a good precautionary measure to take. I always turn the blue light reduction on, and my own eye strain has lessened.

This is another important element of eye fatigue. Though LCD monitors have much less flicker than their CRT ancestors, there still can be some flicker in regular use. Flicker-less technology minimizes the occurrence of flickering, which lessens the work your eyes must do to adjust. Less eye strain means more game time. I am a fan of more game time and less eye pain time.

The Acer Predator XB0 is a solid gaming monitor that manages to give you G-Sync capability at a reasonable price. It does the job of getting you into the game, and it does it well. This monitor is well suited for your first gaming-focused monitor and your budget. 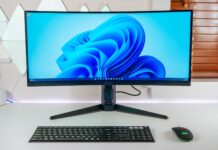 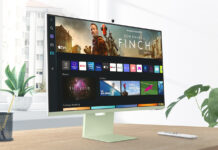