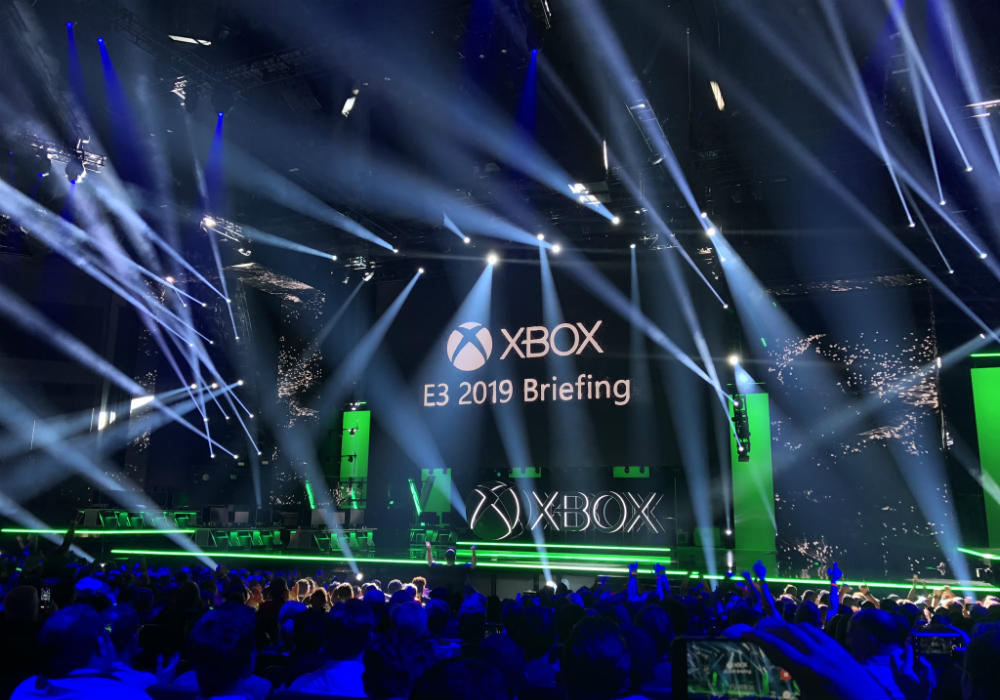 E3 2019 hasn’t even officially started and Microsoft has already given the gaming community a lot to talk about. Today, they showed a record breaking 60 games for both console and PC. We also got a look at what’s next for Xbox Game Pass, the ability to stream games with Project xCloud, information on the next generation Xbox console code named Project Scarlett, and more.

Let’s take a look at the highlights!

If there is one thing clear, there is certainly no shortage of games coming to the Xbox One. The Xbox E3 briefing featured a mixture of Xbox One exclusives and third-party games. Xbox fans can look forward to games such as Star Wars Jedi: Fallen Order, Borderlands 3, Dying Light 2, Elden Ring, Dragon Ball Z: Kakarot, LEGO Star Wars: The Skywalker Saga, and CyberPunk 2077—to name a few.

Speaking of CyberPunk 2077, the crowd at the Microsoft Theatre went absolutely nuts when we found out that Keanu Reeves was in the game. Not only that, but he came out on stage in person to reveal the game’s launch date, April 16, 2020. It was a truly electrifying experience to be part of it all. 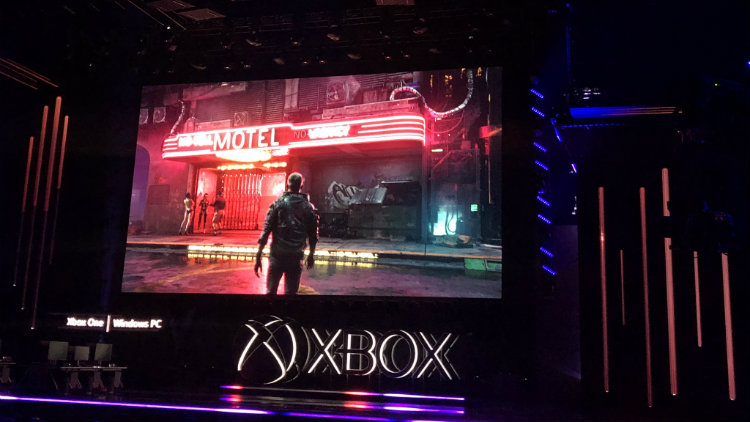 From the looks of it, Xbox Game Studios is in full swing. We learned that Double Fine Productions will be soon be a part of Xbox Game Studios and that PsychoNauts 2 will be available day one on Xbox Game Pass. Twelve games were shown from a variety of different genres and two DLC packages. Here’s a list of games shown: 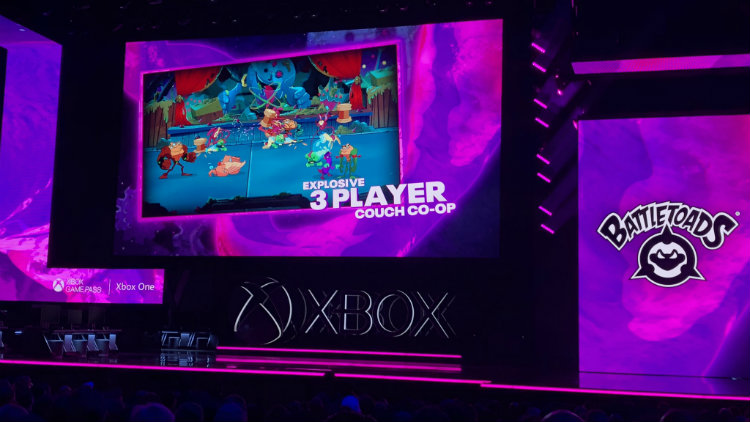 Since launch, Xbox Game Pass has tripled the number of partners and as such has grown dramatically. Starting today, gamers can join the Xbox Game Pass for PC beta and by the end of the summer have access to over 100 games. Furthermore, Xbox announced Xbox Game Pass Ultimate will include Xbox Game PC on console, Xbox Live Gold and Xbox Game Pass on PC for $16.99 CAD.

Quite possibly the biggest announcement for Game Pass on PC is that the Halo Chief Master Collection will be available day 1 to download Game Pass members. 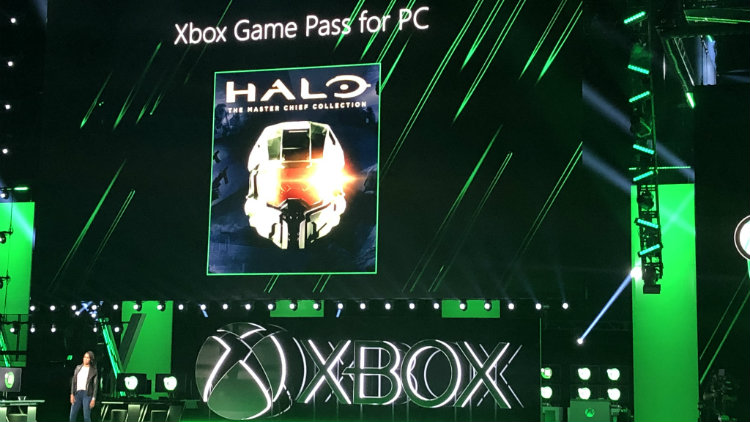 Last year, Phil Spencer mentioned engineers were working on a service that will stream console quality games to just about any device. That service is Project xCloud and starting this October, gamers will be able to stream games from their library and Xbox Game Pass from their own Xbox One console.

When Project xCloud launches this fall, it will be in preview. So, there may be some bugs to work out but gamers will be able to stream their games directly to a mobile device. 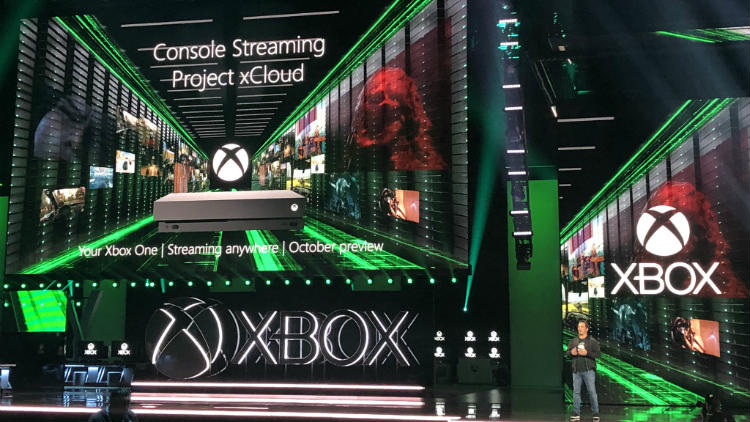 The next generation Xbox console is coming holiday 2020

Phil Spencer closed out the Xbox E3 briefing with new information on the next generation Xbox console. Code named Project Scarlett; the console will have the ability to display games up to 8K resolution with 120 frames-per-second. Further more, Project Scarlett includes a next generation SSD that can also be used as virtual memory. 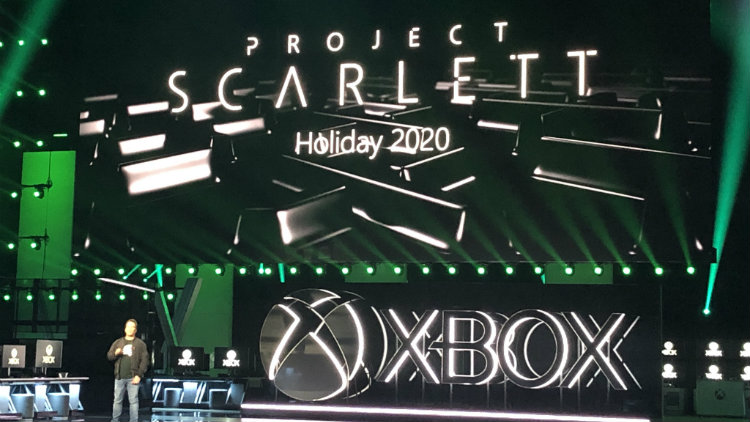 The Xbox E3 briefing was chalked full of games and new information on their next generation console. While a lot of what was shown were trailers and not demos of the games, it was still pretty impressive. I’m excited to try out Project xCloud and see just show well I can stream games from my Xbox One to mobile devices.

Furthermore, I can’t help but be excited for Project Scarlett and Halo Infinite. I look forward to hearing and seeing more of them both. While there may not be a whole lot of first party content coming in 2019, next year seems like there will be more than enough games from Xbox Game Studios.