CES is always a big year for announcing new TV & Home Theatre products and this year did not disappoint. TCL announced new products coming out later this year at CES 2022. Let’s take a look at some of the notable announcements. With four times the sharpness of 4K TVs, the 8K display resolution on the X9 has over 33 million pixels. Google TV is built-in along with Google Assistant to search for movies and manage smart home devices from the home. A built-in pop-up camera brings video chats to the big screen which should revolutionize how we communicate over video at home.

TCL also showcased its second-generation wearable display glasses, the NXTWEAR AIR. These glasses connect to smartphones or laptops through USB-C to produce a virtual display.  It uses dual micro-OLED displays built-in and 47 pixels-per-degree resolution, it gives the effect of viewing a 140-inch screen from about 13 feet away.

While on a flight, users can privately watch movies and play games or use it as a secondary monitor to a laptop to catch up on work. The front panel is interchangeable to suit users’ comfort and personal style. The Leniao is TCL’s first AR smart glasses with two full-colour MicroLED displays built-in. While they may look like ordinary glasses, they give us a glimpse on how we will interact with each other in the future.

With the glasses on, notifications will suddenly appear in your field of view. You’ll be able to watch video messages and even get meeting reminders as you eat lunch. As you leave home in the morning, you can access your security systems as you walk out the door. Having great audio is a big part of at at-home cinematic experience. TCL announced four new models in their Alto soundbar series. At the high end, the Alto 9-series has both 5.12 and 7.1.4 models. They support Dolby Atmos, DTS:X, DTS Play-Fi, RayDanz, and Dolby Vision.

Outside of televisions, they can also connect to voice assistants like Google Assistant and Amazon Alexa. Music streaming apps such as Spotify can also be connected making these soundbars versatile smart speakers for the home.

The Alto 7 series is the lower-end version that features 3.1 and 5.1 models. While they don’t feature as many proprietary standards, they do support DTS:X.  They also are Roku TV ready for smoother setup, easy access to sound settings and Roku remote compatibility. The days of using multiple remotes to adjust volume and sound settings are soon coming to an end.

TCL hasn’t announced pricing but we can expect these new products to be released later this year. Don’t forget to keep tabs on the Best Buy Blog for all the latest CES 2022 announcements. 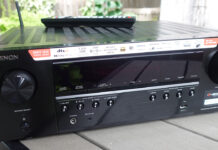