The 12 Days of Christmas gift idea list is upon us, and for the 10th day, you may want to consider one of the best smartphones—the Samsung Galaxy Note10.

The Galaxy Note10 is one of Samsung’s flagship smartphones from 2019 (the Galaxy S10 is the other), and for the first time, it came in two sizes. There is the Note10 with its 6.3-inch Super AMOLED display, and the Note10+ with its 6.8-inch display. Both are very similar to one another, save for a few differences.

Why the Samsung Galaxy Note10?

I cover the ins and outs of these phones in my review and video, where I noted their beauty on the outside, and consistent performance, overall. While I was hesitant to suggest upgrading from a Galaxy Note9, anything older than that might be ideal for an upgrade to one of these devices.

Both phones’ screens stand out because there are virtually no bezels around them. It’s almost like looking at a canvas with no frame around it. However, the design philosophy came with some changes, like removing the headphone jack and the microSD card slot for extra storage. The special function button that used to be on the left edge is also gone. If you like wired headphones, bear in mind that Samsung doesn’t include a USB-C-to-3.5mm adapter in the box.

Both models do come with 256GB of internal storage, so you probably won’t miss the memory card slot. There is 8GB of RAM—and 12GB on the Note10+—which proves invaluable for multitasking, and the Snapdragon processor is speedy and efficient. To call this phone a workhorse would be an understatement.

Then there are the aesthetics. The Aura Glow model has an iridescent effect to it that dramatically changes colour based on light reflection. I would always recommend a case for any high-end smartphone, but perhaps a clear case would be best to let some of that effect shine through. A Galaxy Note phone wouldn’t be what it is without the S Pen, the vaunted stylus that has been the signature trademark of Samsung’s line. The pen is no longer just a utensil to write with, it also has gesture-based controls to do other things.

Samsung calls these Air Actions, and when you use them with the camera, you can point at the phone and rotate to zoom in or out. Swipe up or down to switch between the rear or front-facing cameras. Swipe left or right to toggle the different photo modes. With YouTube, you could click the pen’s button to play and pause, rotate to control volume or swipe to skip to the next video. The gestures are far from perfect, and you may end up only settling on using a few, but they’re there if you want them.

Going back to the writing part of the equation, the S Pen integrates with Microsoft Office in a couple of ways. If you take notes on the Samsung Notes app, you can save those notes and convert them to text in Word. You can repeat the process and convert multiple notes to the same Word document too, helping you be productive and efficient all at once.

AR Doodle is an augmented reality feature letting you draw on people or objects and have those doodles stick to them, or interact with them. It’s an acquired taste, and not necessarily a feature that everyone will like. Working with the Galaxy Note10

I described both the Note10 and Note10+ as workhorses, and they live up to that billing. There’s support for Samsung DeX, a desktop-style interface that you can use by connecting the phone to a monitor, keyboard and mouse. The S Pen also has a feature under settings where you can use it on your phone and another compatible device. For example, if you had a Samsung tablet with S Pen support, you could switch between them at will with that setting turned on.

As a daily driver, these phones can handle pretty much anything thrown at them. Whether you love streaming video, which looks great on these screens, or like playing a lot of games, they handle it all. Social media, email, messaging, rideshare, you name it, the phones have no problem with them.

The camera is also a solid array of three rear lenses, with an extra DepthSensor camera exclusive to the Note10+. That sensor is like having an extra lens to help produce better blur in Live Focus shots, or to scan any object in 3D. You could use it to scan a stuffed animal and then bring it to life as an AR character in your videos. If you have kids, they might like that.

Camera performance and image quality is on par with the Galaxy S10/S10+, so Samsung didn’t change anything here. Some of the features introduced in the Note10, like Live Focus Video, have since been added to the S10 phones through subsequent software updates. Night mode, which is a carryover from the S10 devices, is the best way to shoot in low-light and nighttime. If you’re also so inclined, Pro mode is great to capture photos with more control, especially when shooting in RAW.

The Note10 phones come with a 25W charger out of the box that can charge from zero to full in about an hour. If you have a 45W charger on hand, that number drops significantly. There’s wireless charging support, plus Wireless PowerShare, where you can use the back of the Note10/10+ to add some juice to another device wirelessly.

Samsung is known for making premium devices, and the Galaxy Note10 and Note10+ represent two of the best for the company in 2019. They are among the best Android smartphones available, and as our 12 Days of Christmas series kicks off, worthy of an upgrade if you are using a phone that is at least two years old. 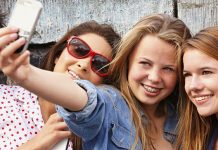 Tips on smartphone etiquette for your kids 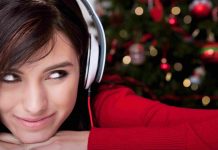 Gifts for the music lover under $100 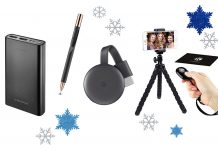 Gifts for your phone or tablet under $50