When it comes to premium Android tablets, the Samsung Galaxy Tab S7+ is at the top of the list for both beauty and performance.

To be fair, Samsung also isn’t dealing with a whole lot of competition in that arena. As others have either backed off into more affordable price points, or abandoned the category altogether, the path has been pretty wide open. But Samsung hasn’t been complacent in trying to do it right because its real competitor is the iPad.

The previous Galaxy Tab S6 was a nice device largely governed by the effects of the S Pen. The Tab S7+ goes further than that, making a stronger case that it can be more just a slick screen. Samsung did launch the Tab S7 as well, which is a step below this one, and has a smaller 11-inch display.

A newer look for the Galaxy Tab S7+

This isn’t to say Samsung radically changed its design philosophy, but in going with a larger display, some things had to change. The 12.4-inch Super AMOLED is the biggest I can remember for a Samsung tablet (I’m not counting the Galaxy View), and it’s simply a gorgeous display. One of the best I’ve seen on a tablet.

It’s also a joy to interact with, particularly thanks to the 120Hz refresh rate. There’s a smoothness to this device that I honestly can’t say I’ve seen on a Samsung tablet. Well, at least this level of smoothness. It’s a recurring factor every time you use the device and pays off in the long run.

It has the same thickness of its predecessor, yet feels more weighted because it is bigger and wider. It’s also pretty minimalist in that it only has a few buttons and a USB-C port. No headphone jack, unfortunately, so you would have to go with wireless headphones. And then you have the four AKG-tuned speakers with Dolby Atmos support.

There is also a microSD card slot to expand on the internal storage, with a SIM card slot on the other side. With that, you can connect to LTE networks for cellular coverage, so you’re not just sticking to Wi-Fi. As for the rear cameras, you get a wide and ultrawide lens to use, though I’ve never been big on taking photos with a tablet. The front-facing camera seems to be the same as the previous Tab S6.

You can attach a keyboard through the magnetic connector on the edge, and pair a wireless mouse while you’re at it. Samsung wants this to be a productivity device worthy of replacing a laptop. It can run DeX mode to bring in the desktop interface when you need it.

Making the best of the S Pen as a tool

The S Pen returns and its presence is all the more relevant if you can use it. You also get a strip in the back to magnetically attach the pen.

The pen feels the same onscreen as it does on the Galaxy Note20 Ultra. Smooth, with nary a hint of lag, it’s a pleasure to write with it. And when you have this kind of real estate, it’s easier to do it.

I’m not an illustrator or painter, so I couldn’t get much out of the pen that way. I’ve always liked using them for editing photos, provided the tools are available. There’s no full version of Photoshop, which is a shame because it would’ve been a perfect fit with the S Pen. It’s also true of a video editing app, like Premiere, though the Rush version for Android is okay.

The thing about it is also the workflow you’re dealing with. For example, I shoot photos in RAW on my mirrorless camera, yet have no easy way to get them to the tablet without going through a computer first. That makes it hard for me to consider replacing my laptop when it acts as the middleman. I use Lightroom to process those images, and it works really well with the pen, so it’s just unfortunate the path to get there isn’t more seamless.

That’s just one example, mind you, and is less of an issue when working on photos shot from a phone. Much easier to share or transfer those to the cloud or directly to the tablet. The point is that the pen should inspire some form of creativity. That’s why Samsung preloads Canva, Clip Studio and Noteshelf. Canva is great, and well worth trying because it’s so easy to learn.

If I had the keyboard, I would’ve typed this review on it. But I didn’t, so I can only guess how effective that would be. I can see the keyboard itself is different from the Tab S6, which bodes well for how it would work here.

Thing is, the Tab S7+ is the kind of tablet that’s more than capable when the software is available. That’s where Android comes in, which is to say it has one foot in the door. Not all Android apps are optimized for tablets, so like a Chromebook, you get a mixed bag. Some will appear as phone versions, which is kind of cool when you have multiple ones open. Others are clearly made for tablets, except they tend to be more on the entertainment side.

For instance, Netflix, Crave, Disney+, DAZN, etc.—they all look fantastic. Rich colours, excellent navigation, and the gorgeous screen are perfectly suited to consuming content. That part of the equation is easy to enjoy, though the Tab S7+’s size and weight make it less wieldy than other models. That’s where a case or the keyboard could make a real difference to prop it up.

So, it comes back again to what you can accomplish on it. Microsoft Office and Google’s apps work fine. Even Google Docs works on here. You’ll find Grammarly, various PDF editors, Todoist, Dropbox, and several others on the Play Store. It’s just that desktop versions of other productivity apps aren’t readily available.

That’s all on top of staples, like email, browsing, social media, messaging and a file system. The Tab S7+ is pretty good at those things, so long as the apps are optimized. Telegram and WhatsApp are fine, whereas Instagram and Twitter look stretched. Other great apps, like Otter and Zoom are solid, too.

Samsung took this part seriously to keep the lights on as long as possible. Whether you use it mainly for productivity or consumption, the Tab S7+ will last you a full day. On mixed usage throughout a given day, I never worried about getting too low on power. And if I did need to recharge, the 45W charger fills it back up pretty quickly.

The Galaxy Tab S7+ won’t replace a laptop for creative types who need the access and flexibility a computer provides. That’s not so much because it isn’t capable, but rather that Android isn’t necessarily laying out the tools to do it. It’s more of a complementary device—one you could take with you when carrying on from a computer.

The S Pen comes with it, so you have that at your disposal. The keyboard doesn’t, and is a necessary accessory if typing is part of your workflow. This is too much of a “pro” tablet to just use it for watching video. You can always do that with the Tab S6, or even the Tab S6 Lite.

The Samsung Galaxy Tab S7+ is available now in both 128GB and 256GB versions in mystic black, mystic silver and mystic bronze. 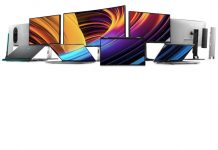 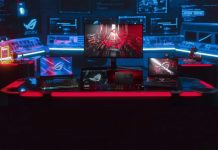