PC gaming is growing faster and stronger than ever. With increasing access to huge digital libraries and game streaming services, more and more gamers are looking to their home PC to get their fix. So naturally, many are also in the market for an incredible gaming monitor to display their favourite games. With this review I’ll be taking a look at one such solution in the ASUS VG248QG 24 inch G-Sync Gaming Monitor.

At 24 inches, the ASUS VG248QG isn’t the largest gaming monitor available, but it certainly does the job nicely. Larger monitors may offer more screen real estate. However, they generally also take up a lot more space on your desk. Not to mention coming at an additional cost.

For that reason I find the ASUS VG248QG 24 inch G-Sync Gaming Monitor particularly ideal for those looking for a great gaming monitor that isn’t too bulky either. If you have a smaller desk it’s certainly a capable choice. It’s perfect, for example, for a student in a tight dorm room.

It suits a student budget as well. Gaming monitors often come at a premium, and this one won’t break the bank in comparison to some larger models. It still has many features of higher end gaming monitors, which I’ll go over in due course.

Of course what really matters is the overall display. The ASUS VG248 24 inch G-Sync Gaming Monitor features 1080p HD and a relatively thin 1 cm bezel. And with a response time of < 0.5 ms, video games look and play wonderfully.

This ASUS monitor is very user friendly. I use ASUS gaming monitors exclusively at home myself. One reason I’m such a fan in general is their excellent design and function.

The monitor is simple to assemble, yet the stand offers noteworthy adjustability. The base easily rotates on a 180 degree angle. The monitor itself also tilts smoothly on the vertical axle, and also rotates on its face between a horizontal and vertical configuration. Each adjustment is simple to make, yet stay firmly in place afterward, making for quick and easy optimization.

The control panel on the rear of the monitor is also very intuitive. In particular I’m a big fan of the joystick-style control for navigating the setup and option menus. It’s so easy to maneuver through the ASUS VG248QG 24 inch G-Sync Gaming Monitor‘s settings an options without fumbling for arrow keys that never seem to feature convenient labeling.

Instead, the joystick control allows users to browse every menu with a single finger. One can push left, right, up, or down rather than search for corresponding arrow keys. Honestly, who among us hasn’t had a frustrating experience with a TV or monitor trying to work a rear-panel set of multiple arrow keys?

One of the biggest draws of the ASUS VG248QG 24 inch G-Sync Gaming Monitor is its compatibility with Nvidia’s G-Sync technology. Keep in mind that that G-Sync also requires a compatible Nvidia GPU. If you have both however, the results are amazing.

G-Sync is essentially a solution for the issue of screen tearing vs. frame stuttering in gaming PC’s. Gaming monitors tend to have a fixed refresh rate, (eg. 60 fps). Conversely GPU’s have variable rendering rates. This mismatching results in screen tears when left alone, or in frame stuttering when tackled with industry standard “V-Sync” technology.

G-Sync tackles both issues by perfectly matching frames to rendering. The result is a flawless picture that is free of both tearing and stuttering. However, if your GPU is not G-Sync compatible, the ASUS VG248QG 24 inch G-Sync Gaming Monitor still offers its own “adaptive sync technology”, which can improve your experience as well above that of just V-Sync.

I tested G-Sync with the ASUS VG248QG across multiple titles, and found the results to be very effective. I could not get the screen to tear while zooming across the British landscape in Forza Horizon 4. Nor did I notice any lost frames or stuttering while streaming Destiny 2 using Google Stadia.

The ASUS VG248QG 24 inch G-Sync Gaming Monitor has a few additional quality of life features built in with gamers in mind. A number of presets are available to choose from in consideration of different genres. A quick menu adjustment can alter the display settings from those ideal for a real-time strategy game to a first-person shooter.

The exclusive ASUS “GamePlus” hotkey also offers a host of other amenities. Here you can overlay an additional crosshair on the monitor screen for an increase in precision and visual acuity. There are a number of designs to choose from, thus gamers can pick a crosshair that best suits their taste.

Players can also display a timer to keep tabs on their gaming session. This feature may be of particular interest to streamers attempting speed runs or charitable events. Finally, the GamePlus hotkey can also overlay an FPS (frames per second) counter, or make adjustments to display alignment. The latter is particularly useful in multiple display setups.

ASUS is clearly a leader in the industry when it comes to great gaming monitors. The ASUS VG248QG 24 inch G-Sync Gaming Monitor is a solid choice for anyone. However, I recommend it in particular for those on a budget or with space limitations. Its smaller frame makes it perfect for dorm rooms or tighter spaces, and it’s an economical choice in comparison to larger or more elaborate gaming monitors.

That said, the ASUS VG248QG still packs in the premium features one would expect from a gaming monitor. Its G-Sync and adaptive sync technology makes for pristine visuals—eliminating screen tearing and frames lost to less-powerful V-Sync solutions. Its extremely low response time also combats motion blur for smooth graphics with even the highest-speed visuals.

Tack on additional amenities such as the “GamePlus” hotkey, and you have a very capable monitor worthy of taking on any growing library of the latest PC games. 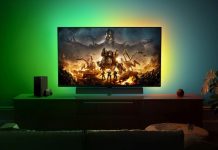 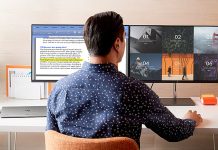 Working from home is easier with an eye-friendly computer monitor 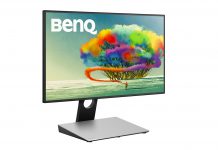 What everyone who works from home wants for Christmas: a new monitor