ASUS is the latest brand to unveil its latest new products at CES 2021. The company showed off computers and related gear under its own name, as well as the Republic of Gamers (ROG) lineup for PC gaming. ASUS brought a huge number of releases to CES 2021 including new PCs, laptops, monitors, and peripherals such as gaming keyboards. I can’t come close to featuring them all in this space, but here are the highlights of the new ASUS reveals.

The ASUS ZenBook series saw two models winning accolades at CES 2021. The ZenBook Pro 15 and ZenBook Flip 15 both get up to NanoEdge 15-inch 4K UHD OLED displays with bezels that all but disappear and NVIDIA GeForce GTX 1650 graphics.

The ZenBook Pro15 is a thin and powerful laptop aimed at mobile creators. In addition to its base 15.6-inch Full HD IPS touch display, 4K UHD OLED display options are available and the ZenBook PRO includes the innovative FHD+ ScreenPad 2.0. This laptop was actually launched late last year, so it’s equipped with 10th generation Intel Core processors. An NVIDIA GeForce GTX 1650 or 1650 Ti GPU (both with 4GB of DDR6 RAM) is offered.

The ZenBook Flip 15 is a flexible, content-creation powerhouse. Just 1.99 cm thick and 1.9kg (4.19 pounds) it’s equipped with a 360-degree ErgoLift hinge. This 2-in-1 gets the choice of a 15.6-inch Full HD IPS display, or a 15.6-inch OLED 4K display with 100% DCI-P3 and Pantone-validated colour accuracy, plus stylus support. To accompany that picture, ASUS included Harman Kardon-certified audio. An IR webcam offers Windows Hello support.

Power is provided by an 11th generation Intel Core i7-1165G7 processor with 16GB of RAM supported by either an NVIDIA GeForce GTX 1650 or 1650 Ti GPU (both have 4GB of DDR6 RAM). Storage is 32GB Intel Optane Memory with a 512 GB or 1TB SSD. All the ports you might need are there, including a pair of USB-C (Thunderbolt 4), USB Type A and HDMI. Of course it supports both Bluetooth 5.0 and Wi-Fi 6. Battery life is rated at up to 12 hours.

ASUS is pretty proud of the CES 2021 award-winning ROG Swift PG32UQX monitor, and rightly so. The 32-inch, 4K gaming display features Mini LED technology and peak brightness of up to 1400 nits. It boasts 1152 full-array local dimming zones, and is the first ROG monitor to meet the VESA DisplayHDR 1400 standard. It also features a 144Hz refresh rate, G-Sync Ultimate certification, and an Aura Sync-enabled RGB ROG logo.

The Strix XG16 is a portable, 15.6-inch IPS display with a 144Hz refresh rate, Adaptive-Sync support, and stereo speakers (plus a headphone jack). It features dual USB-C ports, one for power and one to connect to a mobile gaming device including laptops or the new ROG Phone 3.

The portable panel also has a microHDMI port, and a built-in 7800mAh battery that’s rated for three hours of use.

This ultraportable gaming laptop is generating a lot of buzz. It’s a 13.4-inch laptop with the option of a 1080p or 4K display. It’s powered by an AMD Ryzen 9 5980HS chip and GeForce GTX 1650 graphics. It has a 360-degree hinge and both display options are touch-enabled. A stylus is even included. Charging is via USB-C and ASUS says to expect up to 10 hours of battery life when watching video. At just 1.3kg (2.9 pounds), gaming doesn’t get much more portable—or flexible.

However, being a 2-in-1 gaming laptop is just the start. The Flow X13 also supports use of the ROG XG Mobile, a portable eGPU equipped with an NVIDIA GeForce RTX 3080 card.

The ROG Zephyrus Duo 15—with both a 15.6-inch display and a 14.1-inch ScreenPad Plus touch display—made its debut last year. This year’s version gains an SE designation, along with a series of upgrades. These include up to an eight-core AMD Ryzen 9 5900HX and an Nvidia GeForce RTX 3080 video card, plus a new new “Arc Flow” fan for improved cooling.

ASUS had a bunch of new releases in its popular ROG Strix gaming laptop line. The Strix Scar 15 and Strix Scar 17 get a new optical mechanical keyboard with per-key lighting, USB-C charging, and quad speakers with Dolby Atmos support. The 15-inch model offers a 15.6-inch 1080p 300Hz or 1440p 165Hz display while the 17-inch version has a 17.3-inch panel with the same resolution and refresh combinations.

Also announced were Strix G15 and Strix 17 models that have slightly more modest specs. The same AMD processors are available, but the laptops max out at 32 GB of RAM and GPU choice is NVIDIA GeForce RTX 3070 or GeForce RTX 3060

A monitor for Playstation 5 and Xbox Series S/X owners

While ROG is focused primarily on PC gaming, the brand has a big win for owners of Playstation 5 and Xbox Series S/X game consoles. The new ROG Swift PG32UQ monitor features a pair of coveted HDMI 2.1 ports. That means next-gen console owners can enjoy the full 4K at 120hz gaming experience on a 32-inch IPS panel with VESA DisplayHDR 600.

PC gamers will also appreciate the capabilities of this monitor. ASUS says it is compatible with AMD FreeSync Premium Pro, and NVIDIA G-Sync certification is currently in progress.

The ROG Phone 3 is certified for use with Google Stadia.

Every year, CES highlights products that showcase an outstanding degree of innovation. At CES 2021, ASUS scooped up a whopping 16 Innovation awards. This is clearly a company that is pushing the envelope. Winners include the ZenBook Pro 15 and ZenBook Flip 15 from ASUS, and a long list of ROG products including the ROG Swift PG32UQX monitor, ROG Phone 3, and ROG Strix XG16.

ASUS isn’t done yet. The company held a few big announcements back for Wednesday afternoon, and so now we have some more big product reveals. Among the more interesting, two more gaming monitors with HDMI 2.1 connectivity, with a huge 43-inch ROG Strix XG43UQ and the 28-inch TUF Gaming VG28UQL1A.

Also on tap for today were a pair of new dual-screen ZenBook Duo laptops. 14-inch and 15-inch versions get spec bumps, with new Intel processor options, and new Nvidia GeForce GPUs to choose from. The integrated second screen “ScreenPad” is now tilted slightly instead of flat, which should make for more useful design.

ASUS also showed off the new Chromebook CX9. This 14-inch Chromebook gets the latest 11th generation Intel Core processors, including the option of a Core i7. It’s thin (just 11mm) and light (1kg or 2.2 pounds) but tough, with a dark grey magnesium-alloy case, and meeting MIL-STD-810H US military durability standards. It’s also loaded with ports, including USB-C Thunderbolt 4. This has all the makings for a very powerful and capable Chromebook.

Stay tuned for news on when the newly announced ASUS and ROG products will be available at Best Buy. And be sure to keep reading the blog for CES 2021 coverage, which continues through the rest of this week—including a wrap-up of all the coolest stuff released by PC manufacturers. 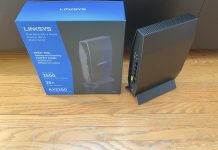 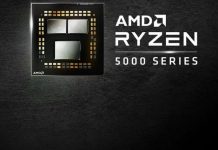 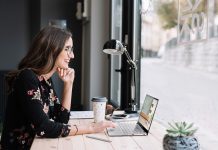 Is Screen Size or Resolution more important when buying a laptop?