Sphero Mini is an app-enabled robot unlike any other. It’s a ball and it’s tiny—the size of a ping-pong ball. Only it’s the smartest, most mobile ping-pong ball ever.

Packed with technology, Sphero Mini can race around for 45 minutes on a charge. Wirelessly control it with a smartphone app, or even use your facial expressions with its unique Face Drive feature. Use the robot as a hand-held controller to play video games, and when you’re ready for a challenge, you can learn to code by programming the robot.

The Sphero Mini app is available for iOS and Android devices. Included in the box with Sphero Mini is a USB charging cord, a set of three mini traffic cones and six mini bowling pins. Integrated LEDs can light up Sphero Mini with millions of colours, and optional interchangeable shells let you switch up the look completely.

Sphero Mini is a tiny ball equipped with advanced technology, including a gyroscope, accelerometer, and multi-colour LED lights. Its integrated battery lets this miniature robot race around for 45 minutes on a charge.

That’s all very technologically impressive (and above all, fun), but what takes Sphero Mini to the next level is its futuristic Face Drive feature. You’ve probably encountered facial recognition before as an advanced form of biometric security, but with Sphero Mini, facial recognition is employed for the first time for driving! Your face drives the little robotic ball as you smile, frown, tilt your head. Whatever other expressions you come up with will cause it to move in different ways.

Because Sphero Mini is an app-enabled robot, ongoing app updates mean even more cool features in the future.

Your smart device (app is available for iOS and Android) becomes a controller, connecting wirelessly to Sphero Mini using Bluetooth with a 10m range. The Sphero Mini app offers multiple drive modes. You can use the Tilt mode, with the robotic ball reacting to the way you tilt your device. Fire the Sphero Mini across the floor using a Slingshot gesture or go hands-on with a virtual joystick. It’s up to you.

Three mini traffic cones and six mini bowling pins are included in the box to test your driving skills.

Sphero Mini is non-stop fun that goes way beyond driving the robot ball with your face. You can also use Sphero Mini as a tiny, spherical game controller! The Sphero Mini app includes video games that use the robot itself as a handheld controller to blast asteroids as you shoot your way through space. Or, use it to steer as you race through a tunnel. Sphero Mini also helps you destroy a polygon of bricks. It’s a lot more fun and challenging than repeatedly tapping a smartphone or tablet screen.

When you’re done playing games, you can also use Sphero Mini to learn coding. With the Sphero Edu app, you can program the robot using drag and drop blocks, then watch Sphero Mini follow your instructions. More advanced coders can even write their own Javascript for programming.

Mix and Match. Charge and Play.

Colourful, interchangeable shells allow you to switch one out to suit your mood. Remove the shell to charge. Neon pink, orange, blue, green or classic Sphero white. Buy one. Or two. Or all. 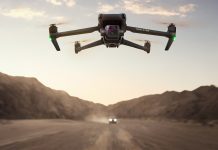 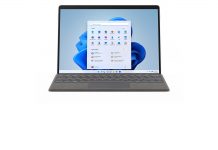