Appearance and features of the KitchenAid cordless chopper

The KitchenAid cordless chopper is a five-cup chopper with two speeds. The colour I tested was Empire Red, and you can also choose Onyx black, Matte black, White, and Blue velvet.

What’s the difference between a food chopper and a food processor?

While the KitchenAid cordless food chopper technically can take on the same tasks as a food processor, it’s slightly different. A food chopper is a smaller appliance that holds anywhere between 1 to 4 cups of food it can chop or puree. A food processor is quite a bit larger, can hold around 12 cups of food at one time, and can chop, puree, shred, and depending on the model you choose, mix or knead dough too.

After I unboxed the KitchenAid cordless chopper, I plugged it in for two hours. I wanted to test it out when it was at 100% battery. The battery light will be green when the appliance has a full charge.

With the KitchenAid cordless chopper, you get one blade for chopping and one whisk for mixing. The lid also has a drizzle basin so you can slowly add liquids to your bowl, and that comes in handy when you’re making dips like hummus.

It’s so great to have a cordless chopper in the kitchen. I used it on every counter, and I kept it handy in case I wanted to quickly chop something. It makes food prep fast and easy because you don’t have to pull anything out of the cupboard, set it up, and stay plugged in. You can just grab it, chop, and you’re done.

How to use the KitchenAid cordless chopper

To use the KitchenAid cordless chopper, you’ll need to insert the blade or the whisk and lock the bowl in place. Once it’s locked in place you’ll also need to lock the lid. The appliance won’t turn on unless both the lid and the bowl are locked in place, and to use it you’ll have to hold down the button on the handle and turn the dial to speed one or speed two.

It’s nice that there are built-in safety features to prevent injury, especially since the blade is so sharp.

Once the KitchenAid cordless chopper was fully charged, I decided to whip some heavy cream. I usually use my stand mixer to whip cream, and it takes around 3 minutes to reach the right consistency. I usually add a splash of icing sugar at the 2-minute mark, just when it’s starting to get thick.

With the KitchenAid cordless chopper, I added the whipped cream, turned the appliance to speed two, and let it sit. Within 30 seconds the heavy cream was so thick I had to stop and add icing sugar. I let it go for another 30 seconds and I had whip cream. I was surprised it worked so fast, and it had a really nice consistency.

I tested out the drizzle basin when I was making whip cream, adding a little bit of vanilla to the mixture. It drips fairly quickly, but not too quickly that you wouldn’t be able to keep blending.

To test the chopping blade, I added a bunch of different ingredients. I chopped carrots for a stew using speed one and speed two. Speed one kept the carrots slightly chunkier when I turned it on for 10 seconds, and they were the right size for a stew. If you switch to speed two or you keep pressing on speed one, your carrots will turn into something that reminded me of grains of quinoa. I couldn’t believe how the chopper pulverized the carrots. I was really impressed it had the power to do that.

I also chopped onions, celery, and apples. I made an apple crisp and used the chopper to chop the apples into bite-sized pieces. I had to add the apples in batches because I was making a family-sized apple crisp and would have needed a 12 cup bowl to process them all at one time. I liked the consistency of the apples on speed one, but speed two made them into apple strings. I would recommend always using speed one if you are trying to chop up vegetables, and only tapping it for about 10 seconds.

I didn’t use the chopper to make dough for the apple crisp as it can only hold 5 cups, but after using it, I know it could easily handle cutting butter into flour.

When it is fully charged, the KitchenAid cordless chopper light will glow green. It will stay green as long as the appliance is between 30 to 100%. Once it’s less than 30%, it will be yellow until it hits 15%, and after it will be red. If it’s red, you should definitely plug it in.

The good news is that the KitchenAid cordless chopper keeps a charge between uses, so the battery shouldn’t drain when you are storing it. That being said, I know that lithium-ion batteries might drain if they are kept in a cold environment, so using the chopper at room temperature is best.

Another great feature on the KitchenAid cordless chopper is the quick charge. If you’re in the middle of a task and the battery dies, you just need to plug it in for 10 minutes and you should have enough power to get through whatever you’re chopping.

To clean up the KitchenAid cordless chopper, all you have to do is place the bowl, lid, and blade in the top rack of your dishwasher. I recommend if you blend carrots you either wash it right away or you wipe away the orange residue after using the appliance. Carrots always leave a bit of orange behind, and while it shouldn’t stain your bowl, you should wipe it down just in case.

Should you choose the KitchenAid cordless chopper?

The KitchenAid cordless chopper has the power and battery life to take on all of your quick kitchen tasks. I was so impressed with how it chopped and whisked, and I would use it for everything from chopping onions to making whip cream.

I didn’t have a chance to make dip with it, but the bowl has enough space for dip for two and the drizzle basin is a great way to add a touch of olive oil or some other additive.

The KitchenAid cordless chopper cleans up easily and the battery is ready to go when you need it. It’s a good size for a small family, and if you just want an appliance that chops or purees quickly and easily, this is the chopper for you. 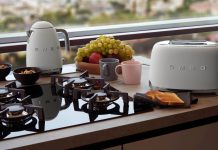 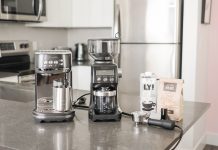