Best Buy Blog
Home Video Games Review: Paragon Essentials Edition will give you the edge on this year’s... 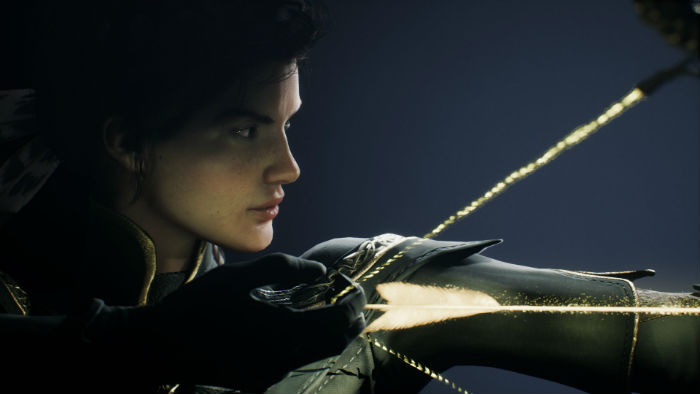 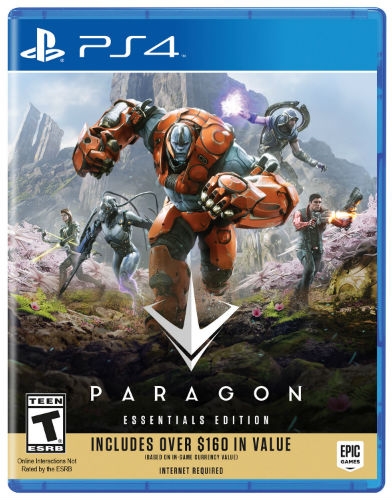 I finally did it. After years of dipping my toes in the MOBA genre, Epic Games offered me a chance to try out their new third-person MOBA, Paragon, and I took the plunge. Powered by Epic’s cutting edge Unreal 4 Engine, the same technology used in Street Fighter V, as well as upcoming AAA games like Gears of War 4 and the Final Fantasy VII Remake, Paragon is a graphically impressive new competitive MOBA that looks, feels, and plays like an action game.

Unlike traditional top-down MOBAs, Paragon offers fully three-dimensional maps that add verticality into the genre, and gives you a thrilling new over-the-shoulder perspective of the battlefield. Though on the surface, Paragon has the presentation and controls of an action game, underneath it contains everything fans love about standard MOBA games, such as edge of your seat 5-vs-5 teamplay, a unique roster of heroes, and deeply strategic gameplay styles. Whether you’re a veteran MOBA player, or a relative newcomer like me, you’ll find there are plenty of reasons to give this game a try. 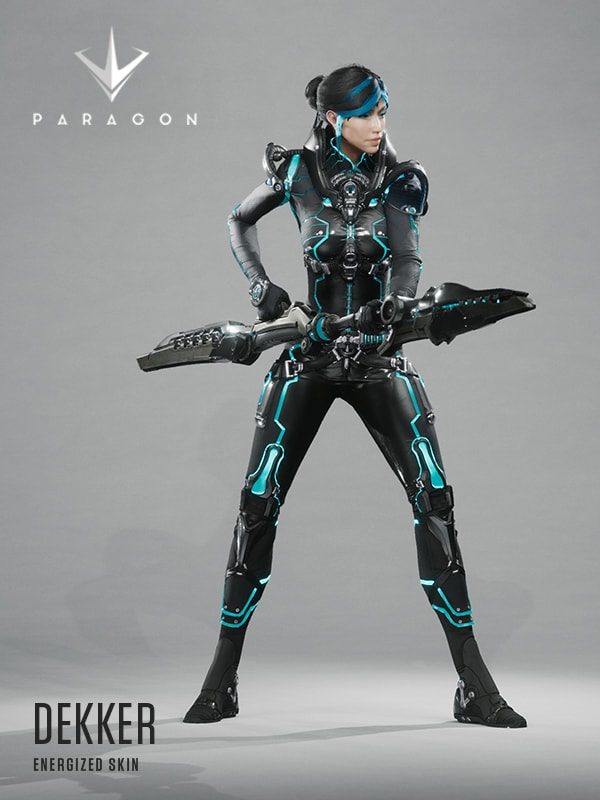 All the “Essentials” in one box

Before I get into the specifics of the game itself, it’s worth taking a moment to explain Paragon‘s unique business model, which varies significantly from your average retail game. Following an initial alpha testing phase that began last December, Epic Games officially kickstarted Paragon‘s “Early Access Season” for PS4 on March 18, 2016. Gaining access required you to buy a bronze, silver, or gold Founder’s Packs, with the cost—and the perks—increasing as you move up each tier. As of July 1, 2016, the basic starter pack became available to PlayStation Plus subscribers for free, and on August 16, the Free Open Beta will roll out for all PlayStation 4 and PC owners.

That brings us to the Paragon Essentials Edition, a special, retail-only PS4 version that released last month. This edition is aimed specifically at players (like me) who love owning physical copies of their games, and for those looking to maximize their Paragon experience. Here is the complete list of contents included in the Essentials Edition:

First things first, the difference between the game’s two in-game currencies, “Rep” and “Coins,” is that the former is earned naturally as you play, whereas the latter must be purchased using real money. All purchasable goods in the game can be paid for using Rep or Coins, giving you the option to play and earn items, or take the easier route and fork over some cash. In total, the Paragon Essentials Edition gives you more than $160 of value, based on these in-game currencies.

Like me, I’m sure many of you are asking yourselves “why buy this package when the game will be released free-to-play on PS4 next month?” Excellent question, and the easy answer is you can simply wait until Paragon goes free-to-play and earn all these bonuses (aside from the retail-exclusive Wasteland Twinblast skin) by putting in a significant amount of game hours, or, if you want to jump in now and get a huge head start on the competition, pick up the Essentials Edition. If you already picked a Founder’s Pack and play a lot of Paragon, you may find that the 6,000 Coins (a $60 value) alone makes this package worth it. 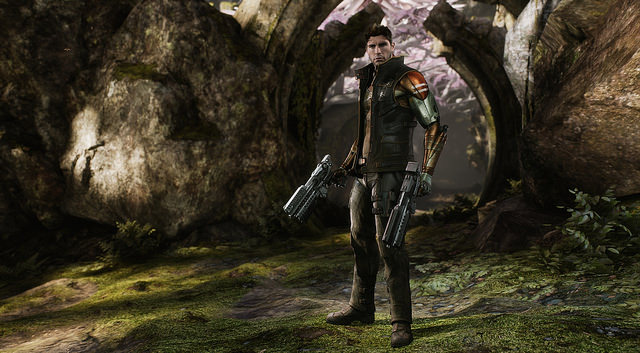 The way Master Challenges work in Paragon is like this: each Hero begins at Level 1, and through playing, you’ll gain XP that can level them up to 10. Free rewards are given to you from Levels 1-5, but in order to obtain the higher, more coveted Level 6-10 rewards, you need to unlock the Hero’s Master Challenge. The upper echelon perks range from a new taunt emote, to free Rep or Coins, to the ultimate goal of unlocking your hero’s Master Skin. To further sweeten the deal, unlocking Master Challenges will immediately give you that Hero’s Challenger skin, and give them a permanent XP boost.

As mentioned, the Paragon Essentials Edition comes with five Master Challenges already unlocked (for Twinblast, Sevarog, Iggy and Scorch, GRIM.exe, and Riktor), and if you’re interested in playing as other characters, you can use some of the included 6,000 Coins to instantly unlock their Master Challenge. Learning the basics of Paragon

While I’ve been watching MOBA eSports competitions for some time now, and have played the odd match of games like DOTA 2 and Smite, I’m still rather green when it comes to actually playing games in the genre. MOBA, which stands for multiplayer online battle arena, is a gaming genre known and respected worldwide for its dynamic, emergent gameplay, layers of strategic depth, and highly competitive team-based match-ups. They are also, as anyone who has played a MOBA can attest to, highly demanding games that take a serious investment of time to understand and excel at.

To help ease newcomers like me into the Paragon experience, at the main menu you have access to a full suite of video tutorials, including one teaching you the gameplay basics (such as jungles, lanes, towers, heroes, cards, and minions), as well as individual videos providing in-depth strategies and tips on how to maximize each character’s strengths and special moves. The videos are also available to watch on YouTube if you’re interested in taking a peak. 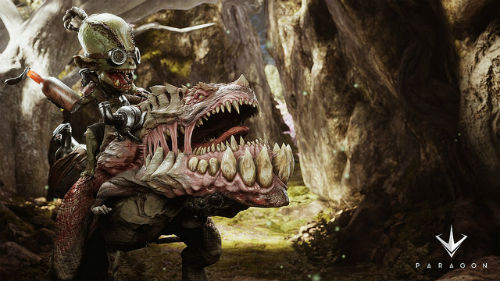 In a nutshell, Paragon battles place two teams of 5 on opposite ends of the map and the objective is to fight you way through three lanes to reach and destroy the enemy’s base core. Each player control a powerful Hero, consisting of powerful spellcasters, deadly assassins, melee fighters, hardened tanks, ranged shooters, and supports. Nineteen characters have already been introduced, and Epic Games is releasing new heroes every three weeks.

So far, my favourite characters include Howitzer, a ranged mech that can cause huge area of effect damage with his missile, rockets and mines, Steel, a defensive tank with powerful shield attacks, and Iggy & Scorch, an alien pyromaniac and beast team that lights the battlefield ablaze with oil and molotov cocktails. With matches taking up to 45 minutes each, choosing your character is a big decision in Paragon, so I recommend browsing through the video showcases to see which ones have the play styles and move sets that appeal to you most. The great news is with some many characters already available, and more being released every few weeks, there’s no shortage of interesting characters to choose from in Paragon. 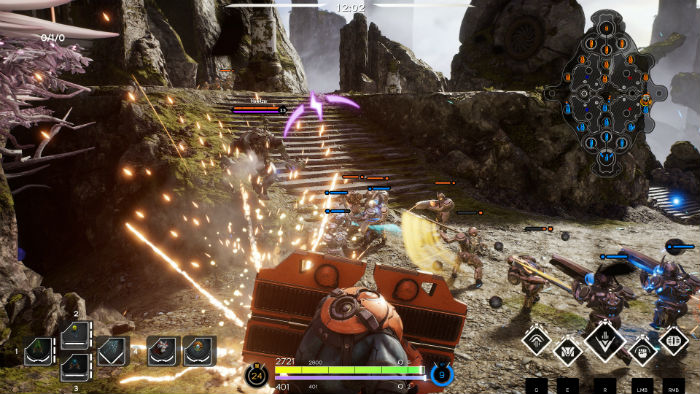 The first thing you’ll notice in Paragon is how stunning the battlefields look rendered in Epic’s own Unreal 4 Engine. The 3D graphics are very impressive, and I love how maps include plenty of verticality to add even more depth to the game’s strategy. Paragon is a very skill-based MOBA, so knowing the strengths and weakness of each Hero, the map layout (including lanes and the jungle), and team strategies are paramount to success. The action is always exciting and dynamic, with constantly changing battle situations that you’ll need to react to. I love how every match is filled with intense clutch saves, amazing escapes, unexpected plays, hard-fought advancements, and epic wins. Even after dozens of hours playing Paragon, no two games have ever played out the same, and the action hasn’t let up for a minute. 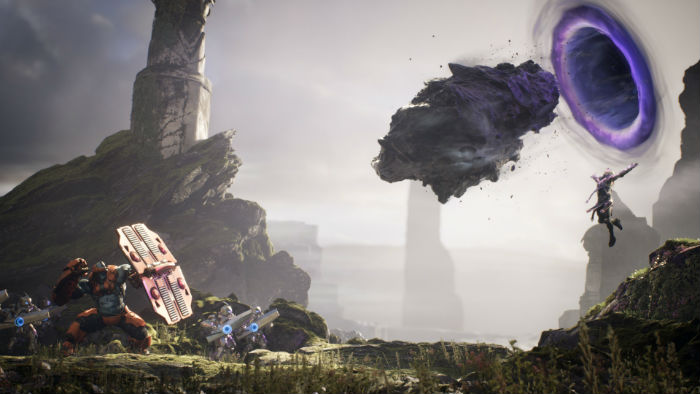 Cards are the most important element in Paragon, but can also take the longest to learn, so be sure to take your time and study how the system works. Essentially cards are used to enhance and augment your Heroes in different ways, from increasing their health or mana, to decreasing their attack recharge time, to improving physical or energy resistance, and more.

The game provides default character class decks to get you started, though after a few hours play it’s advisable to start creating your own custom decks. Each custom deck can hold a total of 40 cards, ranging from active and passive Equipment cards, Upgrade cards, and a special Prime Helix card that activates when you complete a specific objective in a match. I have custom decks created for all three primary characters I play as; each deck tailored to strengthen my characters in specific ways based on how I utilize them. With Steel for example, I created a deck focused on expanding his health, damage resistances, and health regeneration, making him an unstoppable wrecking machine on the battlefield. The base gameplay in Paragon is already highly strategic, so when you throw in this robust, multi-layer card system into the mix, the game takes just as much thought off the battlefield as it does on. 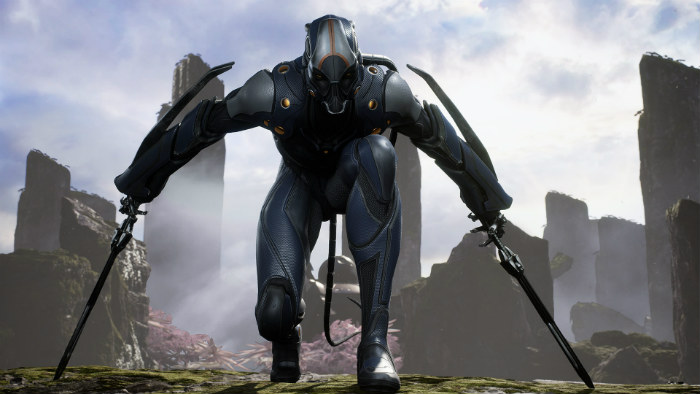 Paragon is a revolutionary, action-packed MOBA that redefines the genre with intense 5-vs-5 online battles, mind-blowing 3D graphics powered by the Unreal Engine 4, a vast and growing roster of heroes, and a deeply strategic card system that makes the difference been victory and defeat. As someone rather new to the genre, I experienced a 1-2 hour learning curve to really understand the game’s mechanics, but thanks to Epic’s generous tutorial videos that learning was fun and easy. Paragon can be obtained a few different ways, but if you’re looking to maximize the experience and a great value, the Paragon Essentials Edition is the best way to go.

+ Great for MOBA veterans and newcomers

– Can be overwhelming to start, a lot to learn

– Game is still a work-in-progress, so expect the odd bug

Get Paragon Essentials Edition for PlayStation 4