I have to admit it feels a bit strange digging in to NBA 2K21 prior to crowning a 2020 NBA champion. Nonetheless the latest edition of hoops from 2K Sports is already upon us. You can check it out right now on PlayStation 4, Xbox One, and Nintendo Switch—with next generation PlayStation 5 and Xbox Series X/S versions to follow.

Hit me with your best shot

The biggest update to NBA 2K21 comes in the shooting mechanic department. This year the franchise sees a major overhaul around the way players fire up their shot attempts. The new system relies more on accuracy than timing, prompting players to use the right thumbstick to line up their shots with a directional marker rather than waiting for a perfect release time.

The new system is challenging, but as someone who isn’t married to the older scheme, I actually find it refreshing. Timing shot mechanics are not my favourite method of measuring success in pretty much any sports sim. I appreciate how the new system puts an even greater focus on visual reflexes over the reliability of one’s internal clock.

Some may be critical of the new system—which is the only option in various online and competitive modes—especially early on. It certainly can be jarring, as the new mechanics are different enough to pose a real challenge to those comfortable with their current skills and newcomers alike. Then again, major changes to primary mechanics in annual franchises often are.

Still, I think that once more players have the opportunity to become familiar with the mechanics, the potential for heat will die down. It reminds me a lot (on a lesser scale) of the change to the fielding and throwing mechanic in MLB The Show 20 this year. Many (including myself) struggled with at first, but after a few growing pains the new mechanic became more familiar and even preferable.

Why not stick to dribbling?

NBA 2K21 continues the trend of many sports titles in recent years with its heavier focus on the thumbstick. Franchises like NHL and FIFA put a strong emphasis on thumbstick actions for stick handling and dribbling. More recent Madden innovations also now tie the thumbstick to defensive pass rush moves in this manner as well.

This year NBA 2K21 roots most of its dribbling moves in thumbstick action. Performing crossovers and fakes now largely depend on flicking the stick in one direction or another. It’s a much more streamlined system than previous control schemes. Not to mention that even an incorrect input still has a higher probability then before to turn into a useful move.

Once again this is a change I fully support. It’s simply easier to remember various combos and actions when they all tie to the thumbstick. Many button combo actions in annual franchises feel outdated and built around a generation that didn’t have thumbsticks to work with (or at least, we needed some time to get used to them). This shift feels like a step in the right direction for both practicality and efficiency in controller layout.

While the new shooting and dribbling mechanics are an exciting addition to NBA 2K21, the rest of the game doesn’t see much in the way of innovation. Perhaps in the first year of a cross-generation gap developers have more pressing details to consider. Nevertheless NBA 2K21 really feels like the same game as last year when considering the modes available.

The character creation mode MyCareer has a new narrative, albeit a fairly dull one. In a year where other sports games seem to be dropping the ball with their narrative aspects, NBA 2K21 is no exception. The fact that you can skip all the high school/college “drama” an go straight to the NBA is a viable temptation.

Naturally the “Virtual Currency”-driven MyTeam mode is as rife with micro-transactions as ever. Amid serious backlash from concerned parents last year, the casino-like elements have been removed. Make no mistake though, your options here are to open your wallet, or prepare for a serious grind for free VC.

The good news is that all 12 WNBA teams are back. Regretably though, it’s still only possible to play a single season with them. It would have been nice if 2K could have expanded on the WNBA, even if just for a lengthier franchise experience. The core mode infrastructure is there, just waiting to give the WNBA the same treatment.

On a positive note, this will (eventually) mark the first year for female MyPlayer avatars. However, this feature won’t be showing up on current consoles. We have to wait for the PlayStation 5 and Xbox Series X/S release for this one.

I found the AI to be a little bit of a head-scratcher at times as well. For example, in the first game of my MyCareer experience, the opponent committed over-and-back violations no fewer than five times, and not under duress either. At first I assumed that perhaps this was simply meant to establish the more novice high school experience. Instead I soon learned that poor AI court awareness persists across the game.

The new shooting mechanics in NBA 2K21 are a complex deviation that will leave some players longing for the past. Ultimately though I think they are for the better. 2K has already provided one post-launch patch to address shot difficulty, and hopefully given time and a bit more tweaking if needed, more players will be on board.

Still, NBA 2K21 is approaching the shift in console generations with a bit of a stagnant effort. The game looks fantastic and feels great to be sure—but it looked fantastic and felt great last year too. Hopefully the leap to next generation consoles will spur a bit more innovation in the franchise down the line. 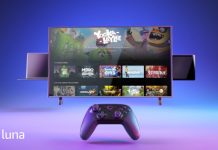 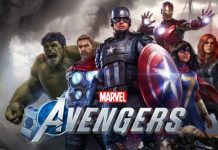