Flat screen TVs (especially the new 4K TVs) keep getting bigger, thinner and lighter, which is awesome. Except for one thing; when placed on furniture, they can tip over without a lot of effort. The old boxy ‘CRT TVs’ (remember those?) would never fall over because they were huge squares—and they weighed a tonne. Very difficult to move around at the best of times! But let us make the case for wall mounts, and why they’re not only better, and nicer looking—but they’re a major safety improvement in your home.

The new 4K flat screens have a high center of gravity and are pretty tippy. A little nudge or bump of your entertainment system could spell disaster. You would probably be surprised at the number of injuries and even deaths that actually result from curious children trying to touch the screen or climb up for a closer look who pull these TVs over onto themselves. And then there’s curious pets too…

While flat panel TVs are getting lighter, they’re still rather top heavy, and Consumer Reports magazine says that nearly 40 children are injured each day from TV accidents.

How to prevent TV accidents

All of these injuries and deaths are entirely preventable by simply mounting the TV to the wall, or at minimum strapping it to the wall. My preference is for a wall mount: it is a pretty small investment that can provide a lot of peace of mind and actually give you versatility in use too. Plus, it just looks a lot cleaner and tidier, particularly if you take the time to add in conduit or a cable pass-through with a wall plate. And don’t even get us started on how the proper wall mount can provide optimum viewing height for the TV. When you use a stand you are at the mercy of the height of your stand and the furniture it’s sitting on, so you really have no ability to adjust it.

How to choose a wall mount?

Wall mounts come in a few different configurations. Some have more range of motion than others.

You can get a simple fixed or low profile wall mount that basically secures it to the wall and allows minimal movement.

A tilting wall mount gives you the next-most level of movement, allowing you to tilt, tip and make some adjustments to the screen direction.

A full motion wall mount provides the most movement, and is often set on an articulating arm that allows you to move it in any direction, including pulling it out from the wall.

One last tip; you need to be absolutely sure that the wall mount you choose is properly installed, and rated for the precise weight of your TV. If not, it could pose a bigger hazard than the one we’re trying to solve in the first place! If you want to be sure, get Geek Squad to help with your TV wall mount installation. It’s not as costly as you might think!

So be smart, mount your TV. It will not only be safer but it will protect your investment. There are lots of great wall mounts to choose from at Best Buy.

What Gamers Should Look for in a New TV 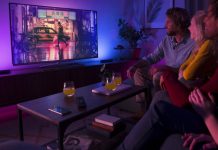 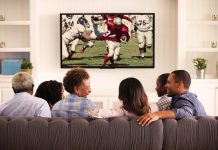 Upgrade your home theatre in time for the big game

Enter for a chance to win a new Nanit baby monitor...