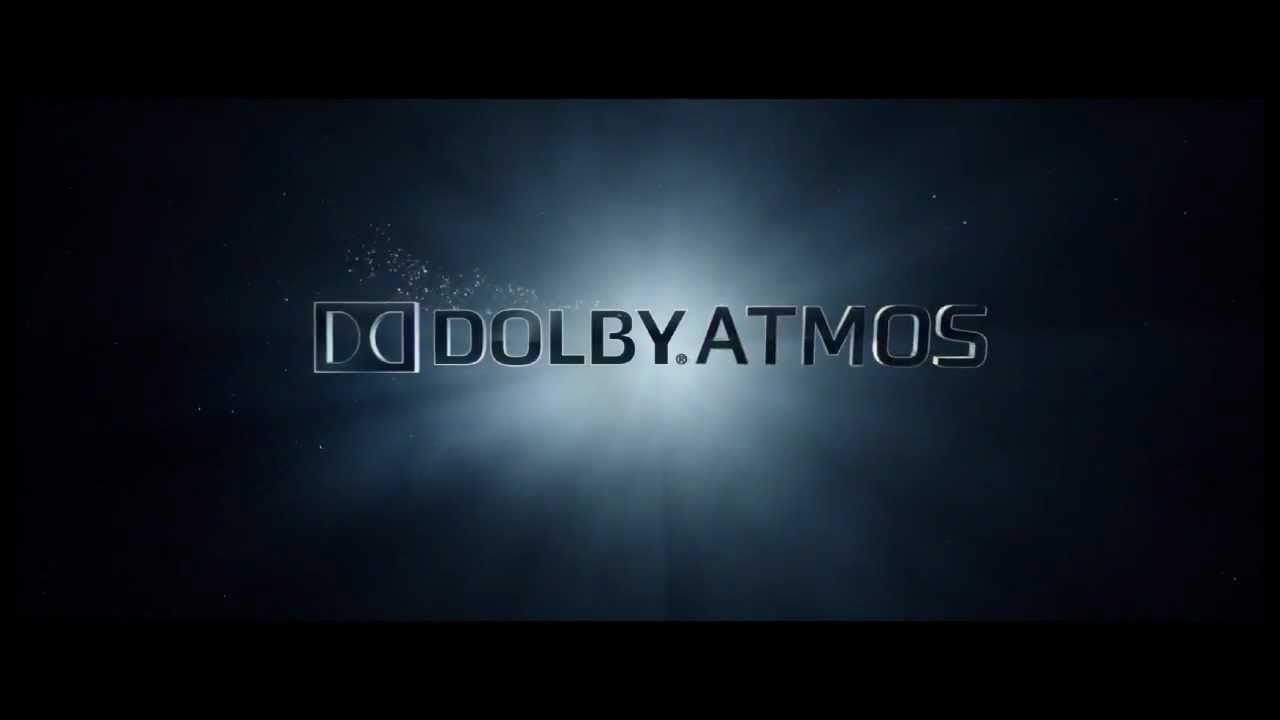 Dolby Laboratories has been in the business of improving and perfecting the sound experience since 1965. They started with Dolby Noise Reduction, which got rid of the hiss on audiocassette tapes. In the early 90’s they introduced Dolby Digital, which gave rise to ever-improving surround sound, ultimately evolving to Dolby TrueHD, which further improved the purity of sound reproduction. Their latest sound technology is Dolby Atmos, which has taken the sound experience to yet a new level. Atmos is to sound what 4K is to TV resolution. 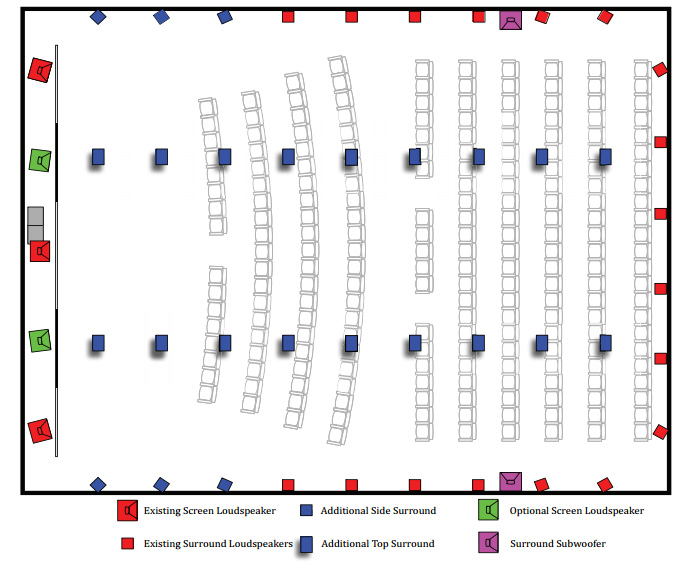 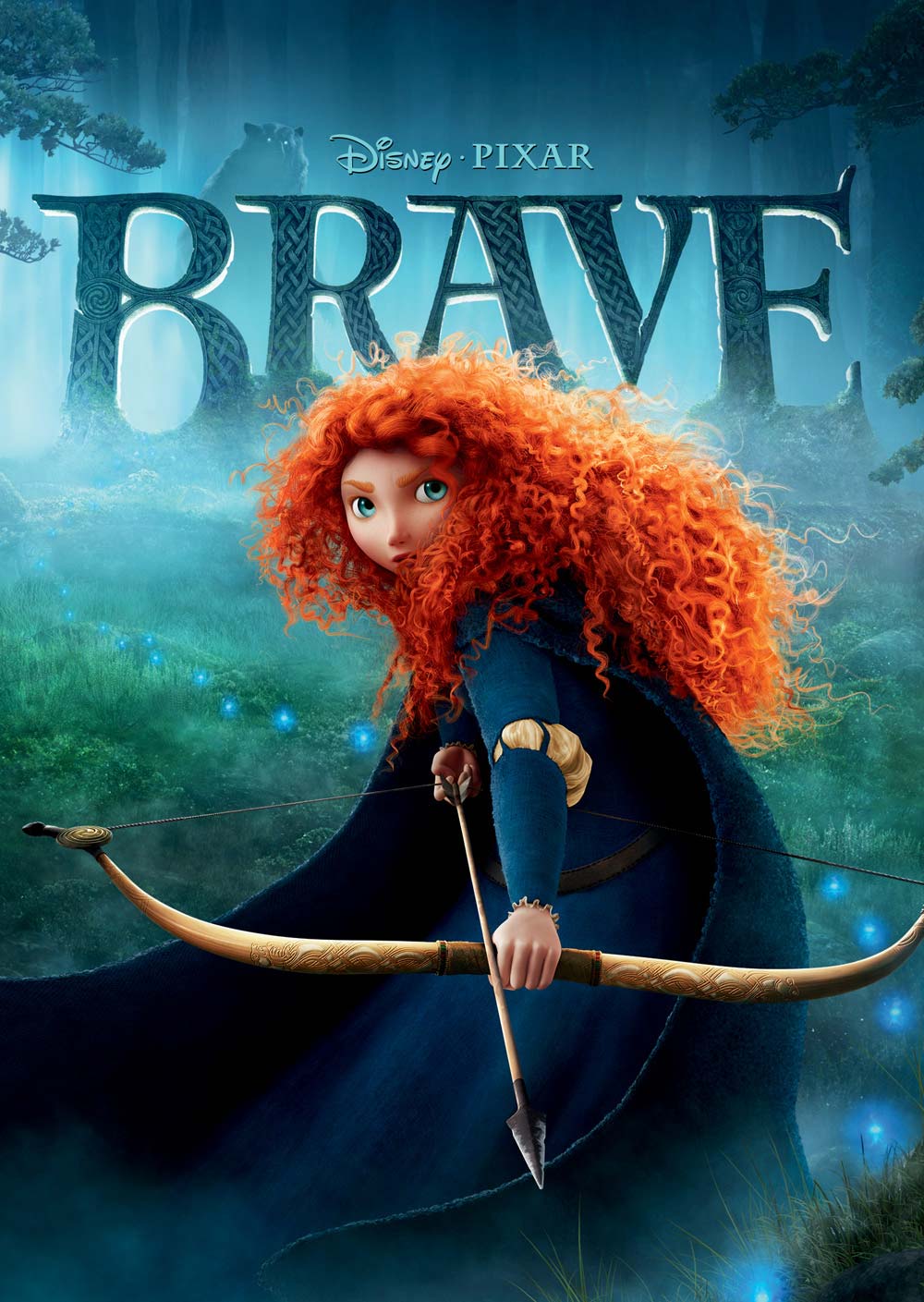 Dolby launched Atmos in April of 2012 using Pixar’s Brave as its’ first Dolby Atmos film in a few theatres equipped with the Atmos technology. By the end of 2012, there were 100 theatres with Atmos and by the end of 2013 well over 1,000 theatres worldwide. The standard Atmos speaker configuration for theatres has up to 64 speakers, which envelop the theatre including the ceiling (see chart above).

The Atmos technology essentially creates a 3D sound experience that is so immersive and captivating it engages your senses to a higher emotional level. The sound comes from every direction with amazing clarity and depth. Part of the magic of the sound experience is the way Atmos handles motion, whether it is a raindrop falling, a bullet finding its target, or a helicopter landing. The sound travels all around you in a multi-dimensional fashion so you feel like you really are in the middle of the action.

Dolby ATMOS replaces the concept of “channels” with object-based sound design where audio production is all about creating a 3-dimensional mapping of sound objects moving through space. The 3D sound map is then delivered through more speakers placed throughout the space for an exhilarating effect that makes the action feel more real.

In 2014 you will start to see many A/V receiver and speaker manufacturers introducing Dolby Atmos products for the home. What is needed to create the Atmos sound experience is an A/V receiver or pre-processor that supports Dolby Atmos plus at least two additional speakers for your current surround system. Those added speakers can be simply overhead ceiling speakers or they could be new Dolby Atmos enabled speakers or add-on modules. The Atmos enabled speakers essentially create a plane of sound above the listener. If you don’t already have a surround sound system, Dolby Atmos home-theatre-in-a-box systems will also be introduced this year.

Luckily, a home configuration doesn’t require the 64 speakers you will find at the cinema. The ideal home configuration is 7.1.4, meaning 7 floor-level speakers, one sub-woofer with 4 ceiling speakers. However, you can also create the effect with a 5.1.2 system (5 floor-level, 1 sub, 2 ceiling speakers). For the really ambitious home system Atmos will support up to 34 speakers in a 24.2.10 configuration. The nice thing is that the audio experience will automatically be optimized for whatever speaker setup you have.

The other thing you will need, if you don’t already have it, is either a Blu-ray player or game console and/or a media-streaming device. These are required in order to play Dolby Atmos enabled content. If you already have these devices, you don’t have to replace them as long as they can be set to “bitstream” output. 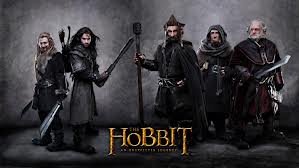 There have been over 100 movies release using Dolby Atmos soundtracks, and the movie studios are working with Dolby to create home versions of them. If you are interested in the selection, here is a list, which includes blockbusters like The Hobbit, Iron Man, Star Trek, Elyssium and Gravity.

Initially, content will be available either on Blu-ray discs or over the Internet via streaming. The nice thing is that if you happen to buy an Atmos Blu-ray but you don’t have an Atmos receiver yet, the technology is backward compatible so it will still play on your existing system.

Initially, there will be a relatively limited amount of Atmos enabled content available. But just like HD content looks better on a 4K TV, traditional channel based surround sound will sound better with an Atmos enabled system. The Atmos processing algorithms can bring new life to non-Atmos sound tracks.

So if you want to take your home entertainment experience to a new level, and feel like you are in the middle of what you are watching then pay attention to Dolby Atmos. The future of sound is coming to the home.

You’ll find Dolby Atmos in some of the best new receivers of the year including the ONKYO 7.2 Channel Dolby Atmos 4K HD network receiver