In a few years, it’s conceivable that cable TV might be a thing of the past. With the advent of streaming TV and on-demand viewing, timed programming may soon be obsolete; after all, who wants to be told they need to watch things on someone else’s schedule?

If you’re late to the streaming game, or looking to upgrade, you’ve got a world of choice when it comes to how to stream movies, TV shows and music.

Check out the full selection of streaming devices at Best Buy.

How to Stream TV

There are currently two ways to stream content on your TV:
-using your smart TV (with streaming services built in)
-using a streaming box, stick or dongle, also called an External Streaming Device

Most new TVs today, or those sold within the last couple of years will have streaming built in. You’ll notice several different services or streaming platforms available, depending on the manufacturer and which one they’ve chosen to include. Read about Smart TVs and Streaming here.

Streaming in essence uses your home’s internet or Wi-fi to feed video signals to your TV wirelessly. It means you can bypass the traditional cable connection and cable TV packages and fees, and just get the TV you want via the internet. Read more about TV streaming options here.

Most streaming TV is in HD video format, but the amount of programming now available in higher resolution, sharper and more realistic 4K is growing, particularly from content providers like Netflix and YouTube. It’s important to note, 4K streamers are backwards compatible with HD TVS, but you can’t use an HD streamer to generate a 4K image.

How to get a 4K stream

4K TV means better quality video and creates a noticeable difference, but you do need a 4K-enabled TV, a dedicated 4K streaming box (if you aren’t using a 4K smart/streaming TV) and content produced in 4K in order to get the full effect.

Need a primer on what exactly 4K TV is and why it’s so great? Read my explainer here.

Wondering what to watch in 4K here in Canada? Check out some of what’s available.

Not surprisingly getting all this wonderful content is not going to come for free. While some providers such as YouTube do offer free services and videos, content giants like Netflix do not. Amazon Prime Video by comparison bundles its TV and video services package with free shipping on Amazon orders.

Each channel will have a different fee structure, so you’ll have to check into the cost of whichever streaming channels you want to access.

How to choose a Streaming Device

There are a number of external streaming devices on the market. We’ll cover the most popular ones in some detail here.

Chromecast with Google TV was just launched in Canada; it’s a super small 4K-ready streaming disc or puck (now with a remote control!) that connects to your TV’s HDMI port (as do most streaming devices). Because the puck is attached to floppy cord, this one in particular will fit easily behind any TV, even wall mounted ones.

Another advantage of choosing a Google Chromecast is that you can integrate it with your smart home, and with the Google Home smart speaker/digital assistant. That will allow you to talk to your TV, and say things like, “Hey Google, Play Stranger Things on Nextlix,” and it’ll just start playing.

Another fun thing you can do with Chromecast? Play out your photos and home movies directly to your TV.

Apple TV has been one of the most popular streaming devices on the market. There have been several updates, including the most recent one, which was to launch a 4K Apple TV version. Brad did a great review of the device here if you want some more detail.

This device is one of the largest sized streamers on the market and thus harder to hide, but it has plenty of features. One of them is that it comes with a physical remote that supports voice control, and you can also set up your phone to act as a remote if you prefer.

Apple TV 4K lets you watch movies and shows in amazing 4K/HDR quality. It will stream live sports and news, and has great content from apps/channels like Amazon Prime Video, CBC TV, Sportsnet and Netflix.

Apple TV 4K has a big choice of 4K movies and TV shows and because the remote that comes with the device is voice enabled, you can just say, “Find movies in 4K” to see what’s available.

Another benefit to Apple TV? The Apple TV App is already on iPhone, iPad and Apple TV, and works seamlessly across them all. So if you stop watching in one place, you can start again later on a different device. The Apple TV App also lets you browse content from most video services without switching between apps.

Using Apple’s HomeKit, you can connect smart home devices to your system and control them easily by asking Siri.

You can also link your photos and home movies to the Apple TV 4K and watch them with friends or use them as a TV screensaver.

Worth noting too is that Apple is adding its Apple TV content app to more and more smart TVs meaning in a lot of cases you don’t need this physical box to stream all of Apple’s content.

Roku is one of the easiest TV interfaces out there and performs consistently well in Best Buy reviews. Roku’s new Streambar is a great pick too; it’s both a streaming device and a sound bar; all in one device. Read my review of it here on the blog.

It has a dead simple user interface and is very easy to set up. It runs largely bug free and still contains all the apps or channels you could want. (It works so well, several TV manufacturers now incorporate Roku TV operating system into their Smart television sets.)

Roku external streamers always come with a simple remote control. There are several different models of Roku TV to choose from, depending on your wants and needs.

Here’s a quick primer on the available Roku streamers, but for more detail and to help choose the right version for you, read my blog, “Which of the 5 new Roku streaming TV players is right for you?”

Roku Premiere
The new Roku Premiere is primarily meant for 4K Ultra HD TVs with HDMI connections, though it will work on HD sets.

There’s also the super basic Roku Streaming Stick +, which gives you easy and inexpensive access to streaming TV on a budget.

Amazon has two offerings in the streaming TV category: there’s the Amazon Fire TV Cube which is both an Amazon Echo smart speaker with built in streaming TV, or choose the compact and ultra portable Amazon Fire TV Stick. While its key channel feature is obviously Prime TV, it still offers acccess to almost every other streaming channel you might want to watch.

There are a few streaming boxes that use Google’s Android software and operating system to run the TV streamer, including NVIDIA Shield (Read the NVIDIA Shield review) and Matricom G-Box. While each model offers something different, you can use Android boxes in the same way as any other streamer to access thousands of games from the Google Play Store or to stream PC games, to use Google Drive to work on documents, spreadsheets, and presentations, and to access 4K TV if you’ve chosen a 4K model.

Most of these boxes also allow you to talk to the Google Assistant and to connect to smart home gadgets too.

Which streaming device should I choose?

Choosing a streaming device often comes down to compatibility; it makes a lot of sense to choose a streamer that’s compatible with your phone for seamless use. But most Apple and Android devices, as well as the other streamers mentioned here do all play nicely together. Of course, you could also be like us tech bloggers, and have a couple of them in use on different TVs around your house.

Check out the full selection of streaming devices at Best Buy. 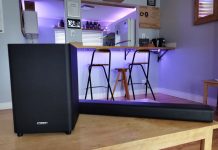 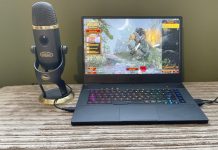 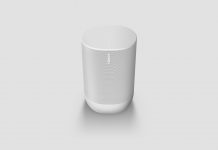 What is the difference between Bluetooth and Wi-Fi in wireless home audio systems?