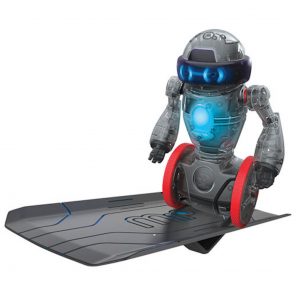 It can be hard to impress a kid and keep them engaged these days. I’ve struggled on more than one occasion to find a gift for my kids that wasn’t a video game, because although we all love games, I’d like to see them using their imagination more often.

Out of everything we’ve brought home, from outdoor toys to things like Lego, I’ve found my boys have enjoyed playing with robot toys the most. 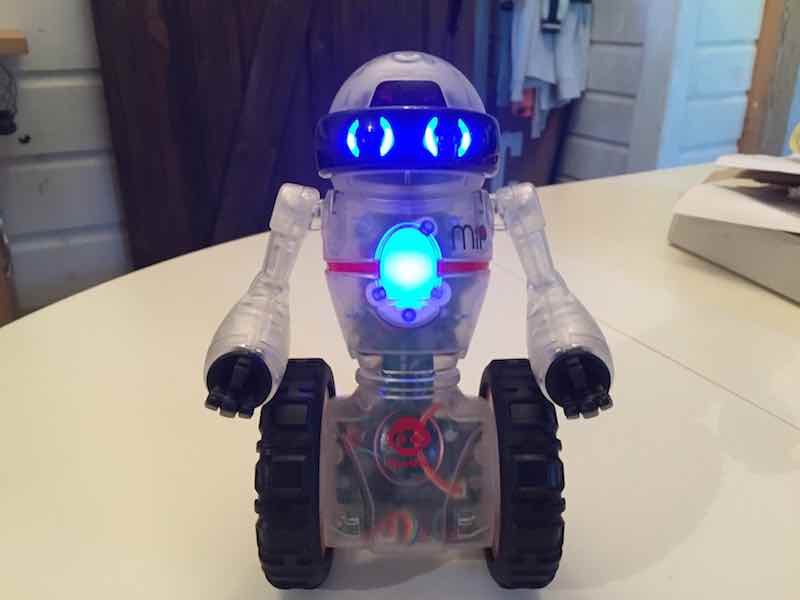 We’ve tried a few over the years, most recently testing out WowWee CHiP the Robot Dog, and they loved playing with him and I loved watching them play. You can practically see the wheels turning in their heads when they were teaching the robot dog to play with the ball or navigate around different obstacles with him.

What we haven’t really tried are the new coding robots, and that’s why I was really interested in WowWee’s Coder MiP. We live in an increasingly computer based world, so teaching your kids to code, even at really young ages, is becoming more and more important. 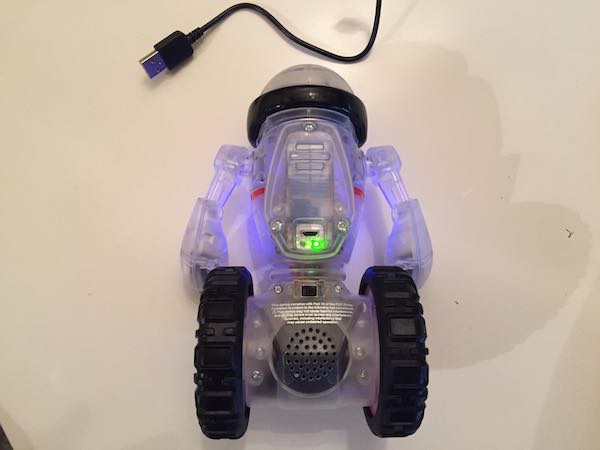 Coder MiP is a small light robot with LED eyes and a clear body design. Kids like his design because it gives you the impression that you could pop open his casing and fiddle around with wires and connections.

Coder MiP is powered by a rechargeable Lithium battery and comes with a USB cord to charge MiP, a ramp he can do stunts on, a tray he uses to carry items, and a stand for when he’s between playtime. He also has a set of off-road stunt tires. 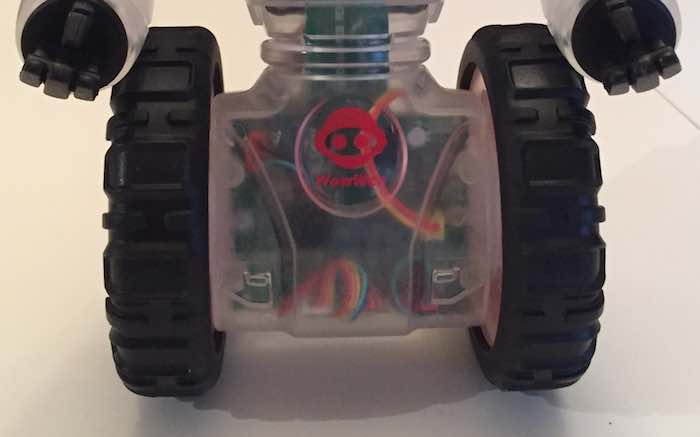 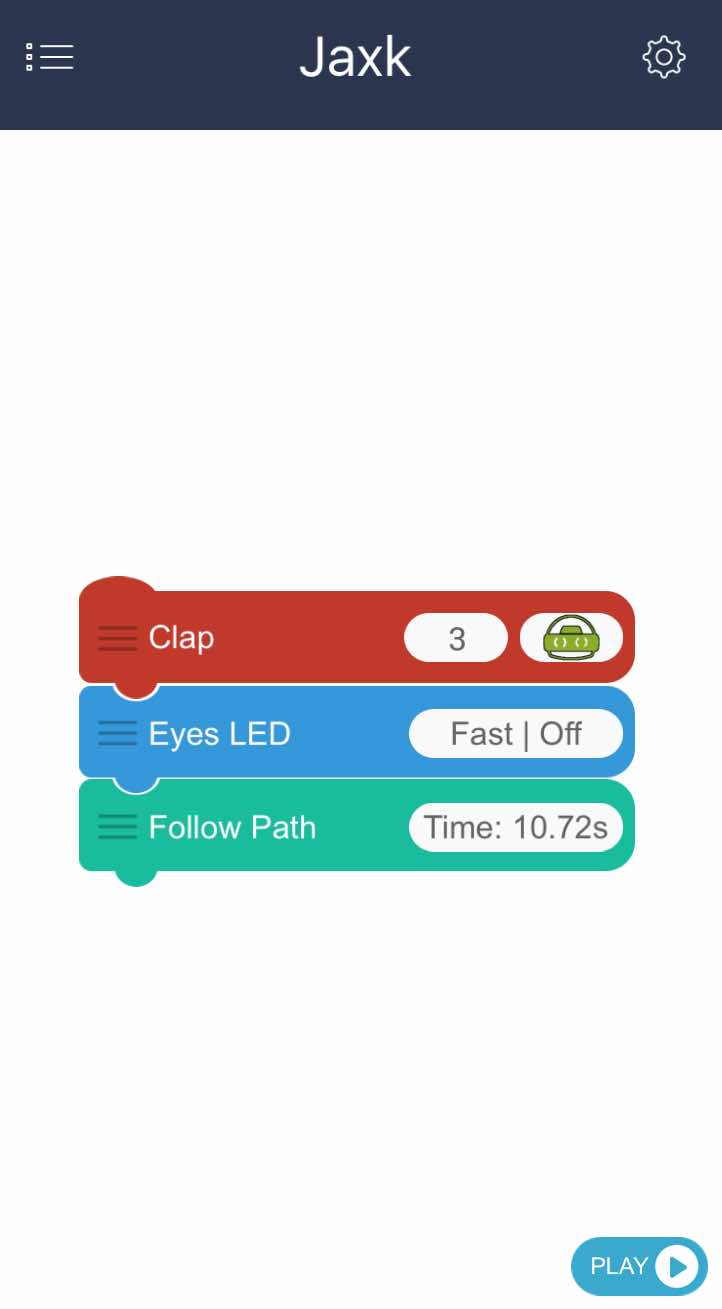 The first thing I was trying to find out when testing Coder MiP is whether or not he can teach them coding, and after a week with him I really feel as though he does.

When you open the Coder MiP app you’ll notice that it has a very simple interface. On the left are blocks of code categorized into Events like start, position change, and clap. There’s also Logic, Actions including chest flash and sound effects, and motion including rotate or drive backward. Your kids will create a coding sequence by dragging and dropping these blocks, and when they’re finished they hit play and MiP will perform their actions.

How does this teach kids to code? It helps them realize that “If you do something” then “this will happen.” That’s the very basic premise behind coding.

The second thing I wanted to find out was whether or not MiP was fun enough to keep kids engaged, and on this front MiP also delivers. We always have kids over after school or on weekends, and everyone wanted to play with MiP.

The included ramp lets Coder MiP take a roll back and forth over the ramp, and you can use his tray to put him to work as your robot butler. We had our MiP take our Border Collie a treat, and he narrowly avoided being the treat himself.

There are also a lot of different games you can play within the MiP apps. While the Coder MiP app lets you put together different sequences so you can wheel MiP around, the MiP app lets you draw on your smartphone or tablet screen to control MiP. You can also play cool games like stacking or get your MiP to dance to something on your iTunes playlist. If you have two Coder MiPs you can use the app to get them to box or battle.

Coder MiP can also be controlled without an app. You can turn his wheels to change the colour of the light on his chest, and each colour indicates a different action MiP can perform. You can also use hand gestures to control MiP. You have to be down low right near him, but you can swipe to move him forward, back, left and right, and you can also get him to stop by putting up your hand.

We found the hand gestures to be a little difficult to pick up, but he did respond to stop and forward a lot of the time. 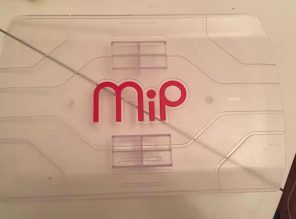 Coder MiP is a fun toy, and the fact that he teaches the kids to code is a real bonus. It’s nice to see an educational toy that they really like to play with, and it only took a few days for my kids to start creating really advanced sequences.

Coder MiP was very easy to set up too. All you have to do is attach his lithium battery by tightening three screws and you’re ready to charge him.

One thing to note: I read online before testing him that some people thought you had to take the battery pack off each and every time you charge him. That would mean you’d have to undo his screws and re-tighten before each use, and you could easily strip the screws while you’re re-attaching.

Thankfully you don’t have to actually do that. Once you attach MiP’s battery you just have to plug him straight into your USB port on your computer or, if you’re like me, the wall. He’ll recharge and you’re ready to play again, no battery removal required.

Another thing to note: although we used his off-road stunt tires, MiP isn’t very easy to roll over thicker carpet. He goes really fast on hardwood floor, but carpet slows him down.

I have a feeling Coder MiP is going to be a hot holiday toy this year, and he’s available right now on bestbuy.ca