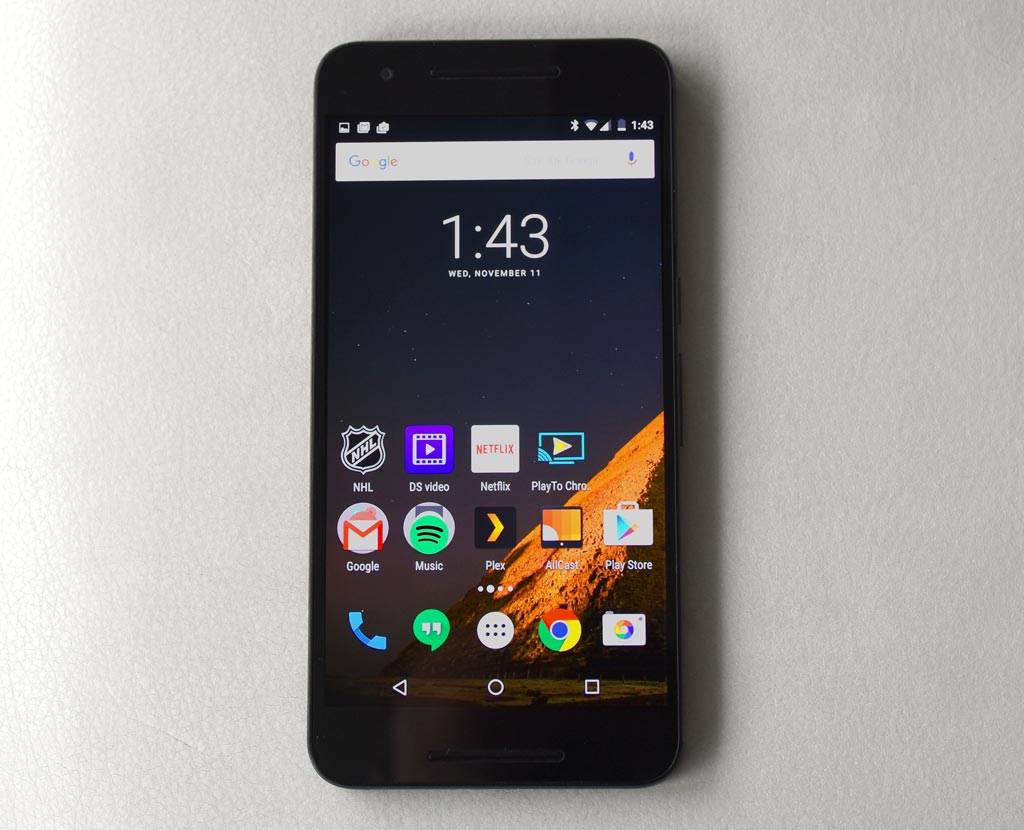 Nexus smartphones have usually required accepting a compromise or two. A clean, untouched version of Android, and among the first to get the latest updates. Good design with solid all-around performance, at the expense of great battery life and an impressive camera. The Nexus 6P represents an end to the enduring concessions that characterized these phones in the past, and stakes a claim to being one of the best Android phones of 2015.

For some Android purists, the Nexus line represents the cleanest, most unobstructed form of the mobile operating system. This is why terms like “stock” and “vanilla” are used to describe it, affirming that it is unblemished by third-party overlays and pre-loaded applications that can’t be fully deleted. The Nexus 6P is a smartphone that aims higher than its predecessors did, making it easier to admire in the process.

Google surprised many when it selected Huawei to help design and manufacture the Nexus 6P. Partnering with Motorola for last year’s Nexus 6, the only Nexus phone launched in 2014, the choice to go with lesser-known name (in North America, anyway) seemed unusual. In doing so, the 6P takes on a different design mantra that delivers a quality build worthy of being in the top echelon. That might be surprising to those who were unsure of how this collaboration would work out.

The device has a 5.7-inch AMOLED display with great contrast and excellent brightness. This is 0.3-inches smaller than its predecessor, and right in line with the Samsung Galaxy Note 5 and Galaxy S6 Edge+. The back of my review unit was graphite black (there is also aluminum and frost white versions), with a fingerprint reader prominent in the middle above the ‘Nexus’ logo.

The 12.3-megapixel rear camera is above that, part of a slightly protruding strip running along the top of the device. The strip is made of plastic to enable the antennas and sensors inside to do their stuff, since they can’t penetrate a metal frame. It blends in nicely with the black model, though is far more noticeable with the others.

Another key difference is the USB Type-C port at the bottom, marking a permanent departure from microUSB for the Nexus line. This isn’t a proprietary port, and is, in fact, likely to become an industry standard that even Apple may adopt in the future. The benefit of this connector is throughput, and the Fast Charge capabilities inside (the fast charger comes in the box with the phone) can manage more than a few hours of moderate usage after just a 10-minute charge.

Beyond that, there is a nano SIM slot, with volume and power buttons along the right edge. There is no memory card expansion, keeping in line with past Nexus handsets. Front-facing stereo speakers are a nice touch, too. The trade-off in going with this configuration and design is that the 6P is noticeably taller than other Android phones in its size class, yet more or less the same height as an iPhone 6s Plus. 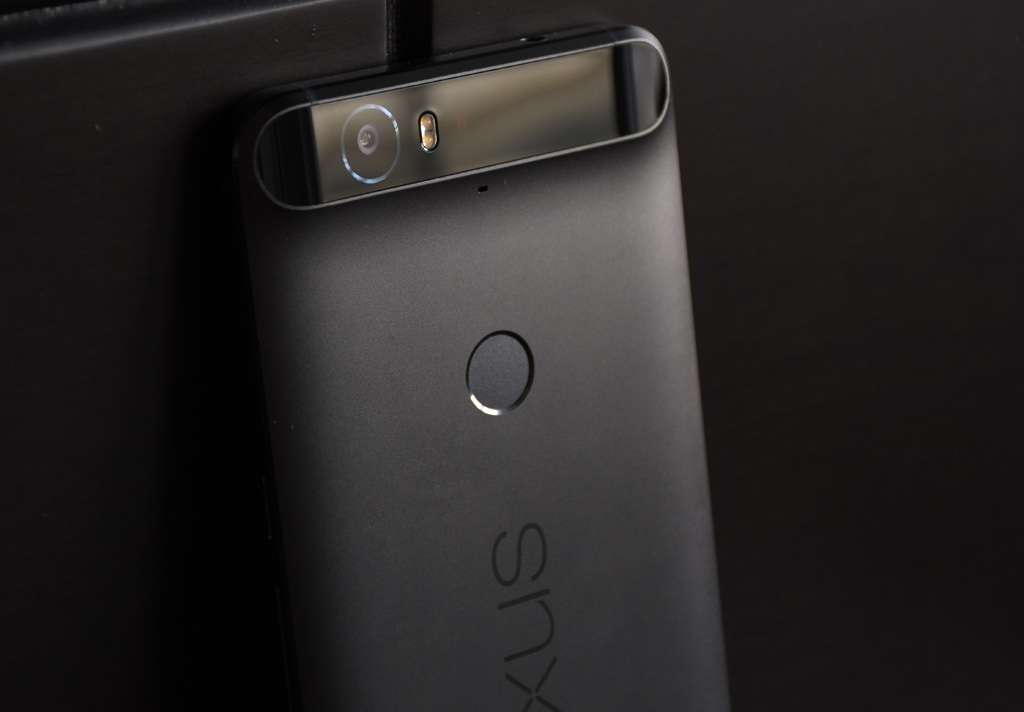 A few things are showcased with the 6P that have practical implications for everyday use. Chief among them is the fingerprint reader in the back, which impressed me with the ease of use in capturing the prints of my two index fingers. Fast, responsive and highly accurate, I purposely moved my finger slightly in either direction to give the sensor a wider field to read from. This way, it would know it was me even when I wasn’t placing my finger dead on in the exact spot.

The catch is that it’s in the back, so if I wanted to check something while it lay flat face up, I’d have to wake up the display and use a passcode instead. Extra layers of security are a good thing, but it can be inconvenient sometimes. Despite the trade-off, this is unquestionably one of the best fingerprint readers on any smartphone right now. 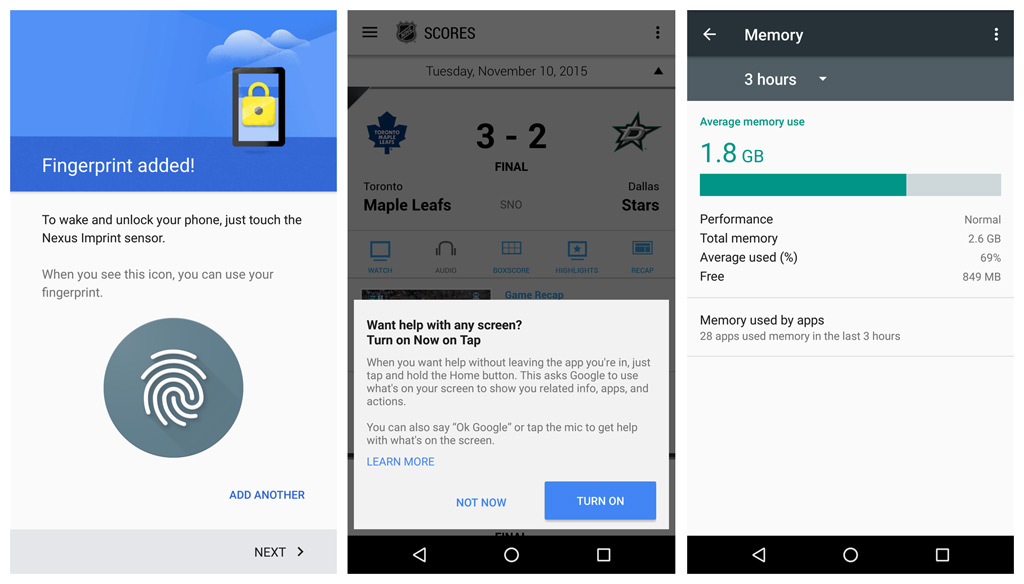 Then there’s Marshmallow, Google’s latest version of its operating system. Out of the gate, this version of Android seems lighter and less flighty than when 5.0 Lollipop first rolled out late last year. The new features it includes are also interesting, albeit with some tinkering required to refine them further. The biggest one was called “Google Now On Tap”, where Google Now functionality would extend to just about every precipice of the device. For example, when I opened up the song “You Remind Me” by Mary J. Blige on Spotify, holding down the home button pulled up an overlay of a few cards about her and the song, including direct paths to YouTube videos, images and a Google search, as well as her website and social media accounts.

It’s neat to see it at work, but it doesn’t always lay out relevant or worthwhile content. For instance, whenever I used it with NHL GameCenter, the best I would get is a link to a team website and the address of the stadium the team plays in. Sometimes it was just better to say “Ok, Google” and go with a query from there.

App permissions, Doze mode and some of the other tweaks will be covered in another post that dives deeper into Marshmallow and its various features.

The main takeaway is that the 6P runs it with aplomb. The synergy of hardware and software is easy to appreciate because Android generally doesn’t feel that way. When so many manufacturers are using the same base OS, tighter integration is one that stands out. I rarely came away complaining about anything the device was doing on a day-to-day basis. Apps ran smoothly, games were fine, and even when the processor was being pushed and generating heat, I never felt like I was holding a time bomb.

The room for improvement with camera performance was huge, especially in a year where others started bringing their ‘A’ game in a big way. Google says the 6P’s image sensor takes in 92% more light than the Nexus 6 could, which should put it at the top of the list in low-light performance. Is it that good? Well, yes, for the most part.

Overall composition is far more consistent across the board. It’s an example of how fewer megapixels don’t translate into a worse camera (the Nexus 6 has a 13-megapixel sensor), and in this case, it’s because the 6P’s sensor is more adept at taking in more light. The low-light performance is miles ahead of its predecessor, and while I would hesitate to suggest it trumps all others, it’s good enough to take some excellent photos in a variety of situations. 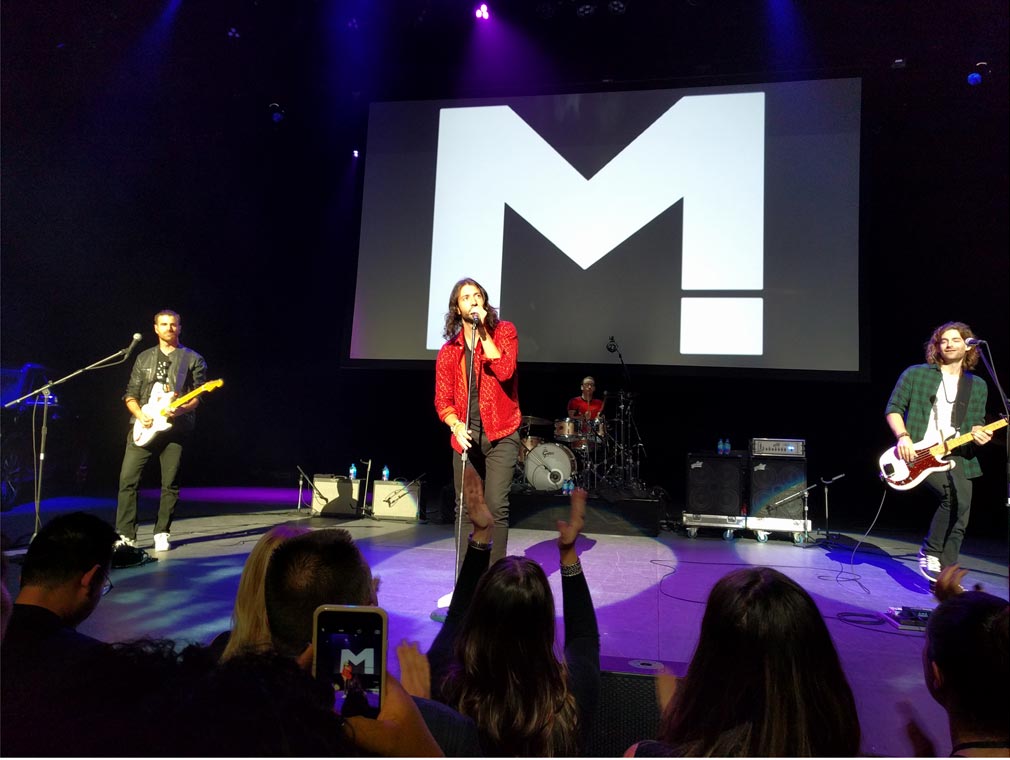 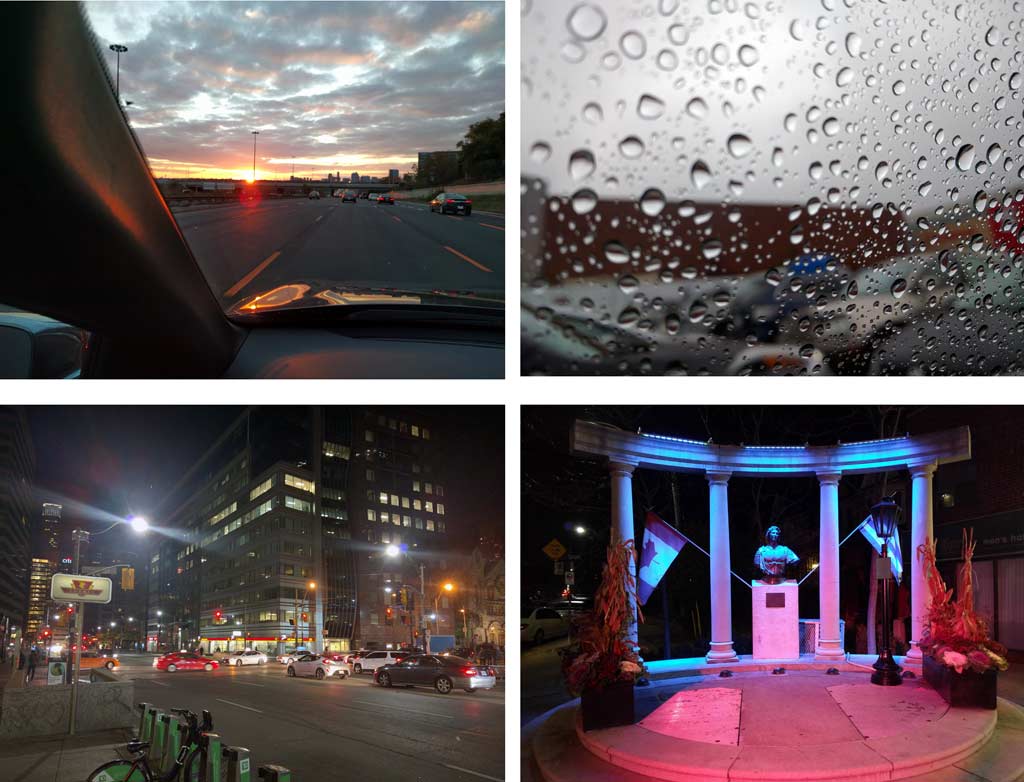 However, I was stymied at times by what seemed to be an erratic interface when shooting. The accelerometer was too sensitive, causing a lag when shifting the various settings. The shutter button also took bursts far too easily, forcing me to not keep my finger on there too long when snapping a shot. This is also the case when using HDR+ (High Dynamic Range). It’s great at getting the most out of a shot, except it takes too long to do everything from snapping to processing. Hopefully, a software update will fix these issues.

Smart Burst is a new feature that can create animated GIFs from images captured in a burst of up to 30 frames per second. It’s similar to how Live Photos works on the newest iPhones, but I didn’t really delve into it much.

The 6P can shoot 4K video at 30fps, which is great, but beware of how much storage clips can take up. At four times the resolution of 1080p, it takes very little time to hit 1GB in size for a short clip.

The USB Type-C connector is easy to appreciate because it’s reversible. Doesn’t matter which way you slide it in, like the Lightning cable Apple uses. The large battery inside the 6P helps move the device away from the power-draining legacy of the past. And with Fast Charge, I was able to get from 0%-100% in about 90 minutes. Not bad at all.

All told, I could go a full 24 hours without needing to charge the phone on moderate usage. Power saving modes like Doze can help stretch the battery out further, putting the phone in a deeper sleep state when inactive for a certain period of time. The Snapdragon 810 processor has gotten flak before for being a power hog, but this marriage of hardware and software discredits that notion in a good way.

Google and Huawei, as unlikely a duo as it is for a Nexus device, scored a real winner with the 6P. The device not only presents a thoughtful hardware design, but also thoughtful usage. It won’t win the spec race against other models available, and it doesn’t need to. The 6P performed effectively well almost all the time, and I never encountered a major issue that gave me pause in questioning its overall merits.

The lack of compromises is refreshing, given where Nexus devices have been in the past. The Nexus 5X offers a similar experience at a lower price, but if you’re looking to make a smartphone change, the 6P is a serious contender worth a look.

You can check out the Nexus 6P available at Best Buy now.