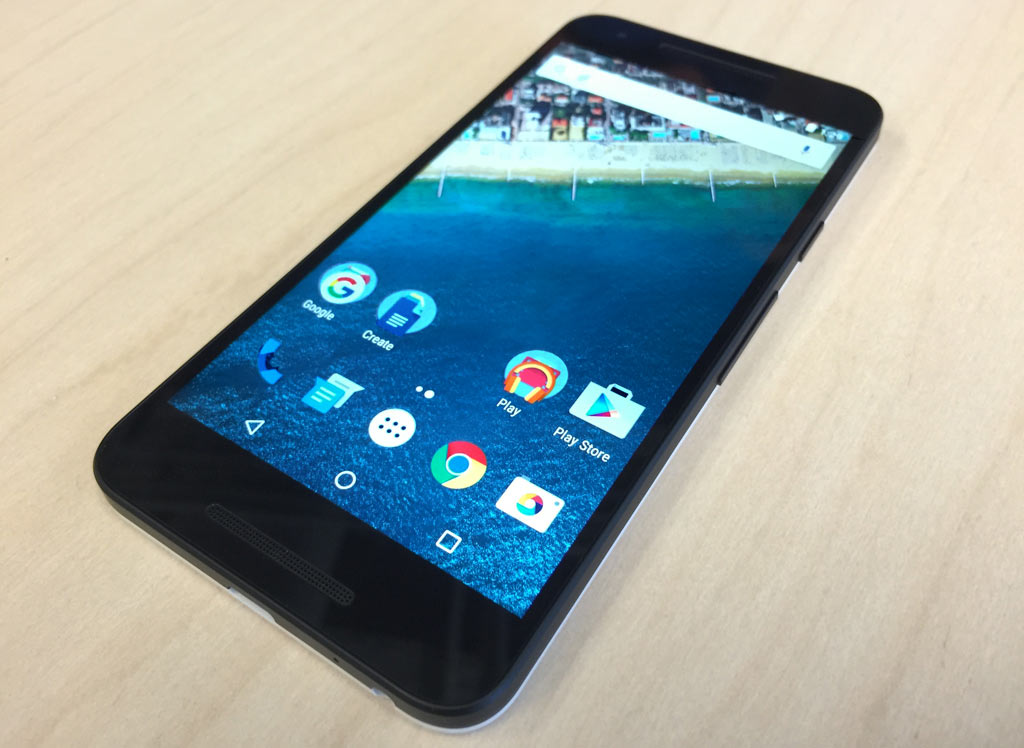 Google unveiled its latest smartphones—the Nexus 6P and Nexus 5X—and while they don’t deviate too much from their predecessors on the outside, they are considerably different on the inside. With new cameras, faster processors and bigger batteries, plus the latest version of Android, both phones look to be interesting options for anyone shopping for a new smartphone this fall.

The previous Nexus 6 was made by Motorola, whereas the new 6P is made by Huawei. The 6-inch screen is now slightly smaller at 5.7-inches, with a body that is all-metal instead of plastic. It also sports a USB Type-C connector, making it (along with the Nexus 5X) the first Android handset to move away from microUSB. USB Type-C isn’t proprietary, and ironically, it’s the same technology Apple uses for its 12-inch MacBook laptop. A 10-minute charge can provide up to seven hours of standby time.

The camera has been completely overhauled, bearing no resemblance, inside or out, to its predecessor. Google says the 6P’s image sensor is able to take in 92% more light than the Nexus 6 could. That would make it among the top smartphones—theoretically, of course—in low-light shooting performance. I’ll need to test that to see just how much of a difference in output we’re looking at. Slow-motion video supports up to 240fps, and you can shoot in 4K at 30fps.

Smart Burst is a new feature that can capture up to 30 frames per second and turn them into an animated GIF, similar to how Live Photos works on the newest iPhones.

A fingerprint reader called Nexus Imprint is on the back is noticeable by the circular pad beneath the camera lens. Google says it’s designed to get smarter in better recognizing your fingerprint over time.

And last but not least, is the battery. Google is claiming better battery life per charge, including a new mode found in Android 6.0 Marshmallow called “Doze,” where the phone falls into a deeper state of sleep when inactive. This software tweak is supposed to add up to 30% more life per charge. Personally, I’m curious to see how true that really is.

Unfortunately, there wasn’t a sample on hand at Google’s head office in Toronto for me to look at up close, so I can’t speak to the features announced. 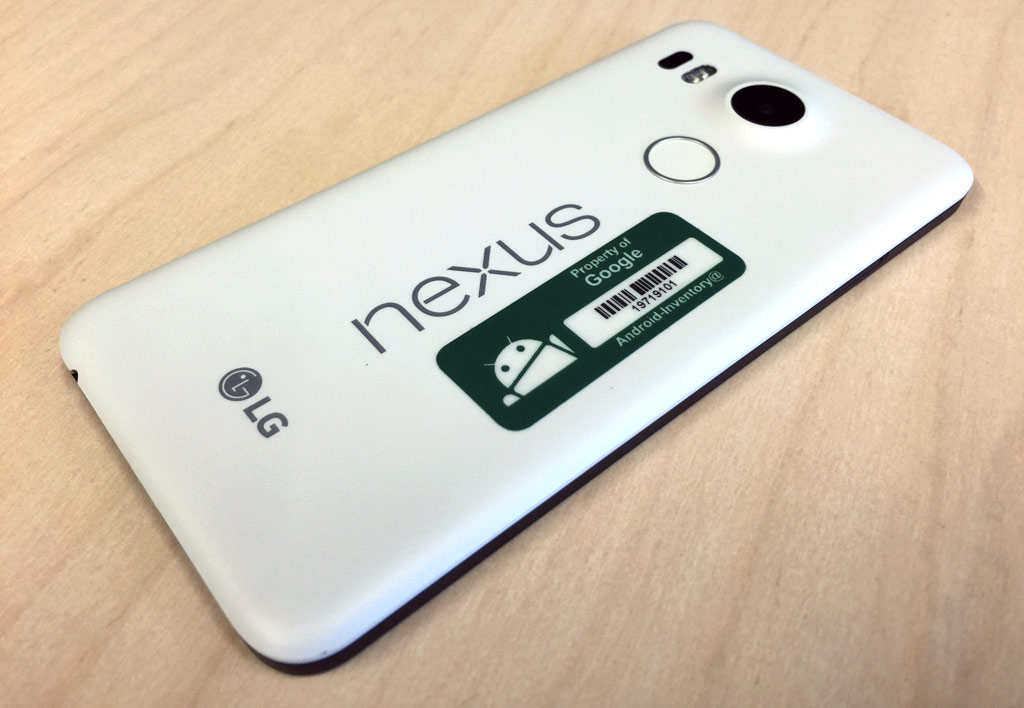 The Nexus 5X, on the other hand, was there. Manufactured, once again, by LG, this phone is an upgrade from the highly serviceable Nexus 5, which may have been Google’s all-around best handset until this announcement. Made with the same rubberized plastic back as its predecessor, the 5X sports a slightly larger display at 5.2-inches, compared to the 4.95-inches of the previous model. This is 1080p resolution, rather than the Quad HD found in the Nexus 6P, but that’s not much of a downside. For a screen this size, 1080p is perfectly fine.

Several of the features and hardware additions found in the Nexus 6P are in evidence here, too. The Nexus Imprint fingerprint reader is on the back. The rear camera uses the same image sensor, so you should expect far better low-light performance, plus Smart Burst and slow-motion video at 120fps.

The battery is bigger than its predecessor, and with the same software tweaks found in Marshmallow, Google thinks it’s made the battery more robust to last longer per charge. Again, with thorough testing, I’ll be looking to confirm that.

In tandem with the new phones, Android 6.0 Marshmallow is set to roll out next week, ushering in a set of new features that will also work on existing phones. I’ll be reviewing Marshmallow separately, but for now, here is a quick snapshot of some of the new features:

On Tap – Press and hold on the home button to trigger Google Now and it will be able to pull contextual information based on what you’re looking at. For example, reading a news story on a browser about a country or person, you can use On Tap to get more information about it without leaving what you’re doing.

More Voice – It will be possible to tell Google Now what you want an app to do. For example, if you want to play a certain radio station on TuneIn or playlist on Spotify, that should all be possible by simply saying, “Ok Google, play music on TuneIn.” It will then ask what to play, where you get more specific in response.

Nexus Imprint for all – Google is opening this up on the software side so that developers can integrate the fingerprint reader into their own apps.

App Permissions – It will be possible for you to agree to certain permissions for an app, like letting it access the camera but not your location, rather than agreeing to it all.

Doze – I mentioned this one earlier, but the gist of it is that the OS will analyze app usage and adjust accordingly to save battery life. If your phone is sitting idly for most of the day, it will pause various functions for apps to keep them from draining the battery.

There are plenty more, but these are some of the standouts. Google Photos is also undergoing a change, which I’ll look into further when reviewing Marshmallow.

The Nexus 6P and Nexus 5X will be available at Best Buy in the coming weeks.