The new NHL season has kicked off, and if you are looking to take in a lot of the action for the next several months, then you may want to give NHL GameCenter a try. The streaming service offers just about every game, and if you are a fan of a team in another city, you will be able to tune in almost anywhere you are.

Branded by Rogers under the current long-term deal the company has with the NHL, it shouldn’t be confused with the regular GameCenter app available on the non-Canadian App Store and Google Play. Availability is pretty widespread at this point. It’s on iOS and Android for smartphones and tablets, through a web browser on a Windows PC or Mac, and there are apps for the Roku and Apple TV. Have a Chromecast? Cast a game live from your device to watch on your big TV screen. Even the PlayStation 4, PlayStation 3, Xbox One and Xbox 360 have access with their own respective apps.

An FAQ answers a number of basic questions but here’s some of the fine print:

A full-season pass subscription (includes the all-star game, outdoor games and playoffs) is $199.99, or you can choose to go monthly for $29.99 per. Rogers customers with Share Everything plans and “select” Ignite home Internet packages get free access. Plus, Rogers customers also get exclusive access to GamePlus features for different camera angles and other perks. Hockey Night in Canada broadcasts will always be available for free. You don’t need to subscribe to any Rogers services to use the service, so while you may need to create an account to register and log in, you won’t need to sign up for anything else.

Games broadcast by TSN in certain regions will be blacked out for that particular region, but not for others. So, for example, if you are a Montreal Canadiens fan living in Edmonton, you won’t have any problem watching the Habs play.

Sportsnet Now is offered as an alternative if you are a fan of the local in-market team, but you don’t have to go that route, if that’s the case. Most GameCenter games aren’t blacked out, and those that are, can be viewed using a VPN.

Beyond the live games, there are highlights, latest news and past games, including playoffs, from the last few seasons that you can watch on-demand. Indeed, any game that was already played this season can be seen again after, including the Leafs’ Auston Matthews brilliant four-goal debut, as an example.

The games are in HD, but not in 4K. At least not yet. Rogers broadcast specific games in 4K last season, but only through its 4K cable box, not on GameCenter. Unless there are plans to change that this season, HD is as high as you can go for now. If you consider yourself a cord-cutter, and happen to be a big hockey fan, this is a good bet for you.

One thing to be careful with is the amount of data you use while streaming. Over Wi-Fi is fine, but over LTE, megabytes can rack up quickly, so be aware that streaming a full game that way may go over your monthly data bucket.

I’ve been a subscriber myself the last five years, and have enjoyed it more every season

What microSD card should you choose for your phone? 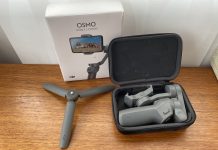