Regular readers of the blog probably know that I’m a fan of Nanoleaf. The Canadian company is a smart lighting pioneer that’s managed to move LED lights beyond lighting to being actual home decor through mood lighting. I have 24 Aurora panels (now re-named the Nanoleaf Light Panels) mounted on one wall in my office and a quirky Nanoleaf Remote sitting on my desk. It goes without saying that I was pretty excited when a box showed up at the door containing the company’s latest: the Nanoleaf Canvas Smarter Kit and a Canvas Expansion Pack.

The Nanoleaf Light Panels you’ve seen up until now have been big, flat, triangles (read my review of them here if you need a refresher). With the all-new Canvas system, the company is going square. Literally. Instead of triangles, Canvas offers Light Squares. They’re 15cm on a side, roughly 1 cm thick, and each panel weighs 170g. Beneath the opaque plastic surface are embedded LEDs able to display 16.4 million colours, with a 25,000 hour rated lifetime. The LEDs light up the panels, which—when illuminated—appear as four smaller squares within the Light Square.

The assembly and installation process hasn’t changed much from the Nanoleaf Light Panels. The back side of the Light Squares has sockets on all four sides. A linker (a small strip of plastic with circuitry printed on it) goes into a socket, and then you connect another panel. They snap together easily, and with the nine squares included in the Canvas Smarter Kit, you have enough to make some interesting patterns. That’s actually a big part of the fun. With many products, the assembly is the worst. With Nanoleaf Panels, it’s fun to connect power, then click panels together and move them around for different results.

Each setup must have one Control Panel (which assembles like any other Light Square), and you also need a power supply. Both are included in the Canvas Smarter Kit.

Once you decide on a design, three pieces of two-sided tape are attached to the back of each Light Square (the spot to mount the tape is even labelled), the square is positioned and connected, and then held in place for 30 seconds to secure it.

The one thing I missed from when I installed my original Nanoleaf Light Panels was the paper stencils. They made the wall mounting process a little easier because you could tape the stencils in place to position everything perfectly. These weren’t included with the Canvas Light Squares—probably because they should be much easier to lay out with their shape. They can also be offset, which would complicate stencil placement. You can still do the initial design in the app (or on a table), and I would recommend doing so because once the two-sided tape hits the wall, backing off isn’t easy.

Taking Nanoleaf Lighting to the Next Level

Canvas is much more than simply square versions of the Nanoleaf Light Panels. Nanoleaf took what it learned with its original Light Panels and made things even better.

The Rhythm Module the company developed as part of the previous system lives on in the Canvas, but it’s integrated into the system instead of being a plug-in component. Having the light panels pulse to the beat of music is one of my favourite Nanoleaf features. The Light Panels need a Control Module for every 30 panels, so that becomes the upper limit for a single installation.

However, a single Canvas Control Square can manage 500 Light Squares. 500! That is a wall of smart light, all synchronized. You do need a power adapter for every 25 panels, but power can be connected to a free slot on any panel around the edge of an installation (it does not have to be connected to the Control Square), and the cable is 2.5m long, so that shouldn’t be too big a problem to work around.

In addition, Canvas gets touch control. The Control Square has touch control buttons for app-free operation. And all Light Squares respond to touch. Move your hand across them, and they will change colour in a wave, responding to your movement. Touch response adds a new capability: games! They’re relatively simple for now, but you can use Canvas Light Squares to play games like Simon and Whack a Mole.

Yes, being square does open up a lot of design potential—the shape is just plain easier to work with, and having the ability to offset Light Squares also adds a lot more options. But other aspects of the Canvas system, such as support for 500 panels in a single installation, and the touch response, are even more exciting.

You can run the Nanoleaf Canvas without ever connecting it to Wi-Fi. It comes preloaded with light scenes that you can skip through using the buttons on the Control Square.

Connect it to Wi-Fi using your smartphone (just scan the QR code) and you have easy control over Colour and Rhythm patterns. You can also use the app (free for iOS and Android) to download more options, and even create your own. The app also lets you program schedules. If you like to do things by voice, Canvas works with voice assistants such as, Siri, Google Assistant, and Alexa. And yes, it also works with the Nanoleaf Remote—the one that looks like a giant 12-sided die. For more intricate designs and layouts, you can also set up your Nanoleaf Canvas with the longer flex linkers that’s sold separately.

If you want to take your Canvas creation beyond the nine panels included in the Smart Kit (and trust me, it gets addictive), Nanoleaf also sells Expansion Packs. In each, you’ll get an additional four Light Squares, plus the Linkers and tape needed to connect them. You’ll need to invest in a few of these to hit 500 Light Squares, but think of the bragging rights!

The Nanoleaf Canvas Smarter Kit isn’t inexpensive, but it helps to think of it as much more than a smart light bulb. This really is smart lighting that also becomes an integral part of your decor. About the only bad thing I can say about it is that eventually I’m going to be forced to choose between Nanoleaf installations and artwork on my walls. If the company comes out with a circular panel system to complement the squares and triangles in my office, I’m in trouble. If you’re interested in this very cool smart lighting product, remember, the Nanoleaf Canvas Smarter Kit and Canvas Expansion Pack are both available now!

Check out Nanoleaf’s full lineup as well as all the other smart lighting products at Best Buy, the home of your smart home. 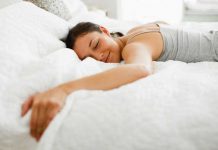 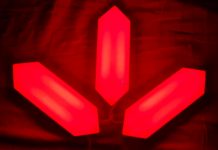 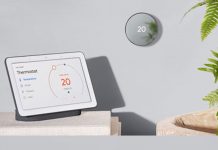 How can the 3 pillars of Smart Home enhance your home?