Over the last 5 years, Trials has been the arcade franchise that I feel has done the most with the least.  Redlynx has created a ridiculously successful title using some of the simplest racing concepts blended with tricky challenges and hilarious physics.  It’s a series that takes itself seriously, but makes you laugh at the same time.  Now, it’s time to check out the Trials series for the next gens.  With Ubisoft now publishing, Trials Fusion is the latest contribution to the fold and is now available for the next gens and your PC.

To help me with this review, I enlisted the help of my friend Jeff, otherwise known to veteran Trials players as L’Espirit D’Escalier. Jeff has been a card carrying member of the Trials elite the past few years, and developers Redlynx even gave him special recognition for all the work he put into fan supporting the first couple games.  Needless to say, he was the perfect person to get into the nitty gritty of this game with.  You won’t hear from him as much in the written review, but look out for a video coming within the next day or two where we chat about the game.

The concept of Trials Fusion is simple, and the same as the other games in the series. It’s a series of time and skill trials. You take your trial bike from Point A to Point B and that’s it. Such a simple concept that goes sideways in a hurry. There are no enemies to defeat in this game outside of ghost racers (yourself or someone off the leaderboards) and your personal anger issues that come with realizing how difficult this game truly can be.

Controls are simple and responsive. You press the right trigger for gas and left for break.  The left stick leans your trial bike, and later, the right stick does tricks (more on that later.)  The game opens with a trial stage where you take a basic trial bike across some railings, ponds and through some jumps, and then opens up the rest of the world. As you progress, you collect medals, which lead to unlocking more stages. Finish a stage no matter what and you’re given a bronze medal. Obtaining silver and gold is a bit trickier. For traditional stages, you’re also measured on the following criteria:

Elapsed Time. This is pretty straight forward. How long did it take you to finish the stage?

Faults are the game’s less harsh way of telling you that you crashed. Each time you crash, you rack up a fault.

The less faults you commit, and the faster the time, the likelier you are to get a Gold Medal. If you finish a stage without a Gold, the game will tell you what the targets are for the next medal up, as well as where you are on the leaderboard.

In each of these stages, 3 level challenges also exist. This could be something as silly as “FInd all the penguins in this stage and put them in the water” or as shocking as “Complete the entire stage without leaning.”

New to the Trials series are Freestyle (FMX) stages. Want to unleash your inner Travis Pastrana on the Trials stage?  Whereas you could pizzazz a couple backflips into your stages before, Trials Fusion allows you to learn everything under the sun from Superman Seatgrabs to Underdogs to a bunch of really painful looking moves that nobody should try if they plan on having kids. These stages are littered throughout the game, and are usually in the form of score attacks (with a couple exceptions.) The biggest challenge here is controlling your rotations and getting back on the bike in time.  These moves can be busted out in any stage after you’ve learned them, but probably best saved for FMX stages since they’ll cut into your time attacks. This will probably be the most controversial add among the Trials community since it deviates from what you’ve become used to.

In all, you need around 94 medals to reach the expert stages, AKA “Jeff, I’m handing you the controller now.” These stages are a thing of beauty, and I’m going to quote Jeff on his feelings on them.

“These stages are really fun and something the Trials community will appreciate. Redlynx is really coming up with ways to keep the hardcore players thinking on their feet and on their toes.”

Eventually, once you get past the expert stages and claim enough medals, you can unlock a series of mind-numbingly ridiculous Master challenges, each more insane than the next. These culminate in the grand finale of Inferno IV, a stage so stacked in the house’s favour that going for a faultless run would be like trying to win a high speed drag race with a 1991 Geo Metro.  Once I get it rendered, I’m going to show you a video of Jeff’s first and only attempt at Inferno IV.  As you watch this video, keep in mind that he beat 95% of the stages in this game with a Gold Medal on his first attempt, and 75% of those were faultless runs.

Through it all, Trials Fusion is fun. Ridiculously fun. Through all the broken bones, cursing and missed jumps comes a game that makes you laugh and scream in amazement more than most games out there. Trials Fusion is an absolute riot, and one of the best arcade-style gaming concepts of the last 10 years. There’s a reason why there’s such a huge contingent of loyal fans for it. It’s because it truly is a fun series. To that note, you’ll be able to play and download fresh tracks on occasion, and I’m sure they will be just as difficult as some of the fan creations of the past.  The Trials community and their creativity reminds me of the N+ fans (myself included) back in the day creating some of the most insane and unfair courses ever. I look forward to seeing this new content.

The graphics in this game are a thing of beauty. Lush rolling hills and huge futuristic sprawls decorate the background of each stage. It gives each area its own personality and feel, but doesn’t distract from the foreground at all (outside of the sun in your eyes in some stages.)

I think you’ve been able to see from what I’ve said above that this game has a ridiculous amount of replay value. You might be able to blow through the single player campaign game in about 5-6 hours (or if you’re me, 100-200 hours with lots of tears shed in the process) but it will take you dozens of hours to perfect techniques. Then, it’ll take you a lot longer to do any level challenges. The Afterburner goal in one of the introductory stages, for example, took Jeff nearly 20 minutes to do, and that was after he’d cleared the level itself in under a minute.  There will be no shortage of challenges and fun for you in this game.

Really, the only weak point of this game has nothing to do with gameplay itself.  It by far is the soundtrack. The soundtrack in this game is just so … bad. It’s like listening to something Sony would have done with the Wipeout series 20 years ago, and even then, the music would be too cheesy for it. CKY was a pretty natural choice in the past games, but since Fusion employs more of a futuristic feel, Redlynx decided to roll with something a bit more modern rock here. The anchor “Welcome to the Future” song reminds me of something you’d hear as a B-Side off a 1990s/early 2000s Canadian band’s album (like Templar of “Under the Sun” fame.) Most of the stage music is pretty stock, but usually drowned out by the stage noises and background announcers, which honestly works for me just fine.

Really though, when the soundtrack is the only thing you can hold against a game, that’s pretty good all things considered. Trials Fusion from a retail perspective will be worth every penny. It’s worth buying yourself the hard copy edition most of all since it comes with the Season Pass to get access to all the DLC as it comes out and you’ll probably save a few bucks when all is said and done.

If you’re having a hard time determining which system to buy for and are curious about the way the game runs graphically?  The Playstation 4 version will run on 1080p while the patched XBox One version runs at 900p.  Any and all videos you see posted from me will be from the XBox One version of the game. I had no issues with the graphics at all, but if some of you are concerned, and have access to both consoles, keep that screen resolution in mind.

Trials Fusion is now available for your XBox One, Playstation 4 and PC. 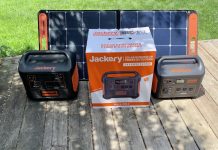