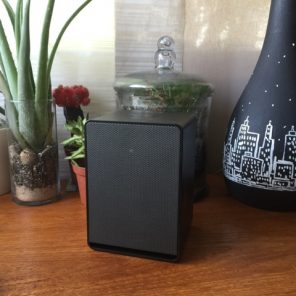 Wireless portable speakers are popular because they can be placed in any room, they sound great, and often they’re easy to set up and use, integrating seamlessly into your life.  If only that were the case with the LG Musicflow H3 Smart Hi-Fi Audio speaker I have been reviewing since a unit was first shipped to me back in May.

The LG Music Flow H3 is a small, portable speaker.  It measures about 5” by 7” and pushes out 30 watts of sound. The speaker is heavy, which made me think it was solidly built, and a great user experience was ahead of me. The speaker comes in black or white, and requires just an AC power connection; you’re supposed to be able to control everything else through your smartphone or device. The speaker is supposed to let you play music, podcasts, or Google Cast streaming services (like TuneIn Radio, Pandora or Spotify) among other things.

Trouble from the Get-Go

It took me four months to review this speaker because I needed to have 3 different units sent to me.

The first unit wouldn’t connect.  It would go through the set-up cycle, until the very last step and just hang there. I tried setting it up over several days, on different Wi-Fi networks, and even asking different people to try the set-up process.  Nothing would make it connect properly.  Feeling like an absolute dummy, I pulled the plug and put it away for a week or so.  When I went back to it, the speaker wouldn’t power on at all; no lights, no Wi-Fi, no nothing.  And no apparent reason for the sudden and abrupt death.

Getting a ‘bum unit’ 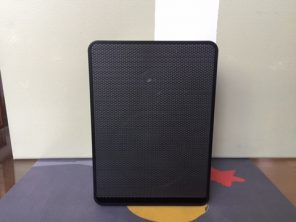 I assumed I’d gotten a bum unit; I’ve tested so much tech over the years that I know this is rather common.  It’s possible to get a unit that just doesn’t work from the get-go; whether the electronics inside are fried, someone in quality control was asleep at the switch, or if it’s been dropped or jarred and something’s come loose, getting a dud happens.  If this happens to you, first connect with the product manufacturer’s customer service department to troubleshoot it.  If it’s really dead, they’ll tell you to  take it back to your Best Buy store and exchange it; it’s more common than you think.

I spoke with an LG customer service rep by phone who advised me, “if the lights don’t come on, there’s a problem. Take it back”.

A second unit was dispatched to me a few weeks later. While the first unit did initially attempt to connect and turn on, this unit didn’t even tun on the first time I used it. Another call to Customer Service confirmed it; another bad unit, since plugging it in should at least power on two lights on the front of the speaker.

As a precaution, and to make sure I wasn’t missing something easy and stupid that was preventing the Music Flow H3 from working, I asked to speak to a manager at LG Canada.  We went over the set up steps, he asked a bunch of questions, and, mystified, he said, “yeah, it should work”. But it didn’t. And thus unit # 3 came to my home. 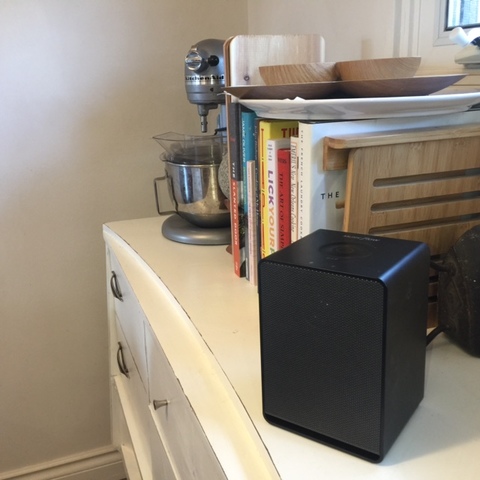 Third time’s a charm?
This unit (HOORAY!) set up on the second attempt.  It turned on (POWER!) and connected to Wi-Fi (YAY!) and finished the set up process allowing me to actually hear music from this speaker for the first time (WOO HOO!).

This is when I was finally able to do some testing in earnest. However I was to be disappointed on several fronts. Let me share what LG says the speaker’s key features are, what they should do, and what my experience with them actually was:

“LG Music Flow detects your compatible mobile device when you arrive home, then seamlessly syncs your tunes to your Music Flow system, letting you enjoy your jam without interruption.”

No, it doesn’t.  Any time I wanted to play music on the speaker I had to go into the app, select the music and then select “music flow” as the output source.  That’s not seamless. To me LG’s description implies one-touch playback, or that it should know I’d been using the speaker and automatically play it out over the H3 right from my music app or the iPhone’s quick-access menu.  It doesn’t.

No, it doesn’t. I had numerous, numerous drops. Whether I walked away 10 feet, or moved into another room, or minimized the app to send a text or check social media, the music was often cutting out on this speaker, and I’d need to hit play again, or restart the app. In fact more often than not the music would just stop for no apparent reason, and on several occasions, I grew so frustrated with the intermittent nature of this beast, I just shut it off and turned on my trusty workhorse, the Jawbone mini Jambox.

“LG Music Flow products have Google Cast™ built-in so you can cast your favorite music apps like Pandora and Google Play Music from your personal device to your speakers. You can cast from your Android phone or tablet, iPhone, iPad, Mac or Windows laptop or Chromebook.”

No, I couldn’t. When I tried to use TuneIn Radio it would just play the music to my iPhone speaker only; it would not connect to the LG Music Flow H3. I tried numerous times to find a way to connect this streaming service with the speaker, to no avail.

According to Google’s online help section, I should be able to tap the cast a button to cast to the speaker. But since there appears to be no cast button in the app at the moment, it’s not working. I don’t know if this is a function of the speaker or the app. Either way it did not work for me.

Next, I tried using TuneIn Radio via the Music Flow app platform instead of through the TuneIn app. Same story. I’d select content and the app would just hang there. (I made a video of how well that worked, or didn’t.  Click below to see)

“Control directly from your favorite music app! Search, browse, play, skip and turn up the volume directly from the music and audio apps you know and love. Friends and family can also join in and use their favorite apps to cast to the speakers!
Google Cast is compatible with Wi-Fi-enabled Android 2.3+ smartphones and tablets; iOS 7.0+ iPhone, iPad, and iPod.”

No, I couldn’t.  Even when I knew the speaker was connected to my phone (I could play a song from inside the Music Flow H3 app) I couldn’t get it to play on the H3 from Apple’s native Music app. And sometimes when I was switching between apps, the connection with the H3 app would just cease working.  (I made a video of that too; it’s in the YouTube review.)

Also of note; I couldn’t use my iPhone’s volume buttons (on the side of the phone) to control the music volume, as I can with practically every other wireless speaker I’ve tried.  You need to open the phone, and use the app, or touch the button on the top of the Music Flow H3.

As if this speaker needed more bugs, I also found that somehow the music would play both from the H3 AND my iPhones’s speaker AT THE SAME TIME.  Except one was just slightly out of sync with the other.  Bizarre. That’s on tape too; check the video review.

How does it sound? 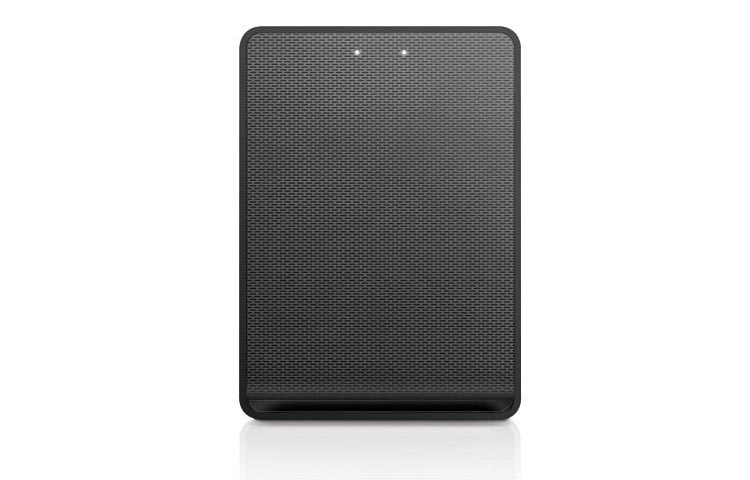 Honestly, after all the trouble I had with this speaker, the sound was the thing I was able to spend the least amount of time evaluating. It sounds ok.  But for all the trouble and handwringing over the UI and just getting the speaker to work at its most basic functions, it would seem to me sound is the least of your worries.

Bottom line
I had so many problems with this speaker.  Whether it was the app not working as it should, the speaker itself not functioning, or the third party apps and services also not delivering on user experience, it just seems to me like nothing worked right.  The bottom line for me is that when a gadget or device is this hard to use, at its most basic functions (playing music) then it’s just not a product I can recommend.

As a tech reviewer, tester and writer I’ve tested hundreds of gadgets.  If I had this much trouble and bad luck with this device, I don’t hold out much more hope for the 13 year olds trying to enable their birthday gift, or the seniors hoping to listen to PBS via online radio. or the guy buying this on a whim to play some tunes for poker night.

Remember, I tried not one, not two, but three of these speakers and had many and various problems with every single one. That’s not only atypical, it is concerning. By my experience, you’ll be happier and less stressed if you take a pass on the LG Music Flow H3.