Fitbit has confirmed it will launch a new activity tracker in the Charge 4 with new features that will include built-in GPS and Spotify integration.

This is the first activity tracker from Fitbit since 2018, as the company (now owned by Google) focused more on its smartwatch products in 2019. The new Charge 4 is a successor to the previous Charge 3, though it differs considerably in terms of its full capabilities.

In addition to the new tracker, there’s also new content on Fitbit Premium, its subscription-based health and fitness service. There will be workouts from other brands, plus tools for meditation and mindfulness and new sets of challenges. What’s new in the Fitbit Charge 4

This is every bit the fitness band activity tracker you would expect from Fitbit. There’s increased ruggedness, with a waterproof body that can handle swimming in clear and saltwater. It can submerge down to a depth of up to 50 metres, so appears to be capable of some diving as well.

It still has a touchscreen OLED display with a scratch-resistant coating and an inductive button for taking action. Underneath is the optical heart rate monitor, carrying over another design principle from past versions.

A major difference this time around is built-in GPS. With that in tow, you may no longer need to bring your phone to track distance and routes for outdoor activity, like running, jogging or walking. It will track all that in real time, and Fitbit says it is adding seven GPS-enabled exercise modes to cover common activities, including hiking, running and brisk walks. When completed, syncing the Charge 4 to the Fitbit app will show a heat map for heart rate intensity in zones along a route. The idea is to help visualize how well you’re doing under certain terrain.

Then there’s Spotify. Fitbit introduced a limited level of integration with the Versa 2 in the form of Spotify Connect. That still required you to keep your phone with you, since you couldn’t store any music on the smartwatch itself. That’s also the case here, where the Charge 4 can control access to playback and song selection. It just doesn’t offer a way to navigate the library or browse through what you want to play. Still, this is a unique feature for a fitness band, so Spotify users can rejoice.

The Charge 4 can also make payments from your wrist through Fitbit Pay at a number of retailers and transit systems that include TransLink in Vancouver. This is also new, and Fitbit says the purpose is “to help you understand how your activity contributes to your overall health, beyond the number of steps you take.” So, what does that entail exactly?

It starts by taking the 24/7 heart rate tracking to establish personalized heart rate zones that track your effort for any “energizing activity.” That could be a HIIT workout, power yoga or vigorous outdoor walk. Each minute of moderate activity in a fat burn zone accrues credit points, which double when activity hits cardio and peak zones.

Active Zone Minutes calculates all the figures and comes up with a metric necessary to reach daily or weekly goals. The Charge 4 will alert you when the zones change to give you a chance to push harder or scale back. After every workout, the summary will include details related to progress and required work to reach those goals.

Fitbit says it based Active Zone Minutes on recommendations from the World Health Organization and American Heart Association, among other health organizations. They suggest adults should get 150 minutes of moderate, or 75 minutes of vigorous activity every week for better overall health.

This feature will first roll out with the Charge 4, but will also come to other Fitbit trackers and smartwatches at a later time. As with other Fitbit trackers, the Charge 4 will track sleep quality, and now brings in features found in the company’s smartwatches. Smart wake will be one of them when it goes live sometime after the device comes out. It uses machine learning to wake you up from sleep at an optimal time, though it’s not entirely clear how well it works.

Sleep Score is back, only this time it’s there to see on the tracker directly. Fitbit also moved other standard features and settings to the Charge 4, like setting alarms, among others, with the purpose of reducing the need to use the phone and Fitbit app to do them.

While not specific to sleep, the Charge 4’s SpO2 sensor syncs with Fitbit’s Estimate Oxygen Variation Graph in the app. Its purpose is to measure and estimate the oxygen level variability in your bloodstream to highlight variances in how you breathe while sleeping. It’s not entirely a sleep apnea aid, but it may provide a clue to getting checked out if something seems off.

Fitbit’s subscription-based service gets an upgrade with new “40 new pieces of content” that will include programs and workouts from brands, like barre3, Down Dog, Physique 57, Yoga Studio: Mind and Body and Ten Percent Happier, among others. The company didn’t elaborate on whether there would be more to come as the year unfolds.

The new Fitbit Charge 4 is coming on April 13, and you can pre-order yours now in either black, rosewood or storm blue/black. The Special Edition comes with an exclusive granite reflective/black woven band and a classic black band. 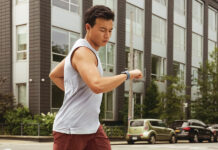 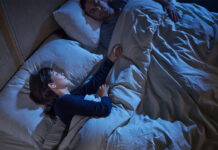 Give the gift of good health this season 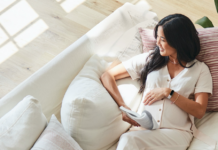 Gifts to help mom relax and re-energize this holiday season