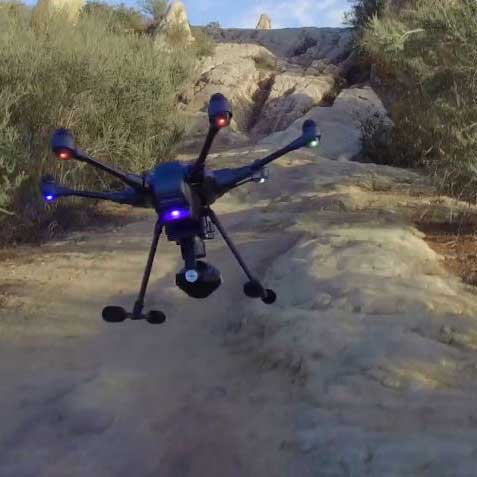 As photographers and videographers we’re living in an incredible time; the combination of low-cost, high-quality camera equipment with aerial drones and gimbals, it’s now possibly to shoot amazing photos and videos in a way that was previously only accessible to well-funded professionals. Drones are easy to control and easy to shoot with, leaving only one challenging part: how to pick the right drone for you as a photographer or videographer. After reviewing countless models, I have two drones here that offer best-in-class experiences.

Key features to consider before purchasing a drone for photography:

Flight time is a function of battery primarily, but other hardware features will factor into how long your drone can stay in the air. The longer you can fly without recharging, the more you can shoot. A corollary of this is whether or not the drone has swappable batteries; a quick swap can mean you get back in the air sooner.

Your camera is the most important element if you’re using your drone for shooting stills or video; many new drones shoot in 4K resolution for video, with 1080p being available in budget models. 4K is high resolution for video, but still shots are available in much higher megapixel ratings, so check both to ensure you’re getting the right technology for your particular application.

Stabilization can happen in a number of places

Some drones include sensors that can adjust flight patterns in real time when obstructions are detected by on-board sensors. This is a great way to keep the drone from being damaged by things in its flight path.

Manual flight mode, GPS-directed, and Follow-me modes give you more flexibility in how you flight your drone. Manual gives you full control, GPS-directed allows you to set flight paths or destination markers that the drone will fly to automatically, and follow-me mode allows you to set a distance and altitude, letting the camera follow you; this last mode is great for high action sports like downhill biking, snowboarding, and skiing. 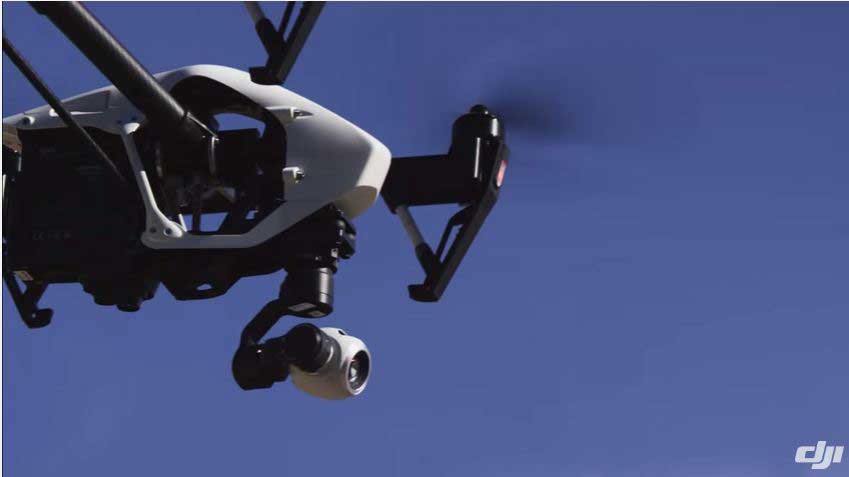 This allows you to see what your drone sees in real time. Real-time video transmission can be difficult to achieve, but it’s important for photographers and videographers to get the right shot.

Now that we have a number of features to look for in a photographer or videographer caliber drone, it’s time to look at a few models that fit the bill nicely. 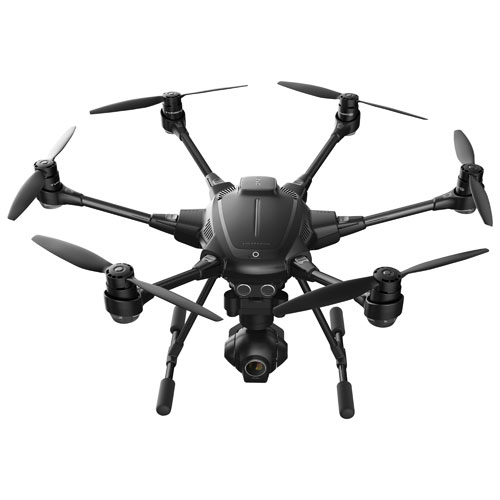 The Typhoon H is a hexacopter; that means it has six propellers that keep it aloft and help it maneuver through the sky. It houses a 4K CGO3+ camera on a gimbal, allowing it to stabilize your shots and shoot at high resolution. The camera can shoot a 12 megapixel image; these are print-ready resolutions for still shots, which is great for photographers. The 4K video stream is captured at 30 frames per second, letting you punch into a section of the frame at 1080p.

The landing gear is retractable, helping to streamline the drone in mid-air; this reduced wind profile helps prevent the drone being pushed around by air currents, giving you a more stable base to shoot from. It also allows for a 360º range of motion for the camera, capturing unobstructed shots.

There’s an ultrasonic sensor built into the front of it; the Typhoon H uses sonar to detect obstacles in front of the device to help to prevent collisions.

Operating time is approximately 28 minutes, with a top speed of 35.4km/hr.

Flight modes include manual, auto-take off, auto-land, selfie mode, orbit mode, and auto-follow, along with auto-return on low battery, which will bring the drone back when it nears the end of its flight time. 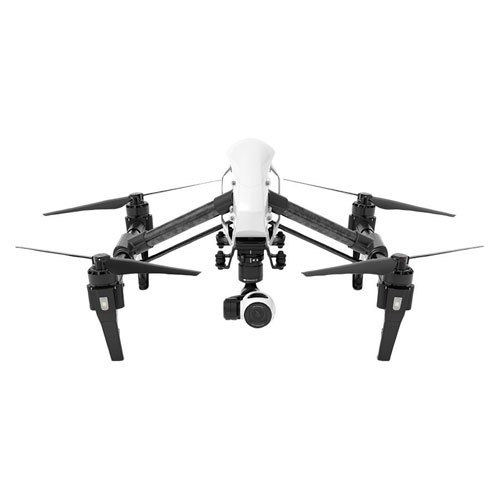 DJI has done an incredible job of refining both their hardware and software to create a ready-to-fly experience that is easy to pick up no matter which model you choose. The Inspire 1 V2.0 is a quadrocopter, which means it has four engines that keep it flying and stable.

Like the Yuneec, it sports a 4K video camera with a 3-axis gimbal. The Inspire is FAST, flying up to 80km/hr, and uses their exclusive Lightbridge technology to create a real-time link to the camera letting you see your HD video as it’s happening.

The carbon fibre arms retract, giving you a 360º view, and an intelligent flight system can be flown manually and with GPS assist. When GPS is available the drone can return “home” automatically, even if you’re moving around with the base station.

The Inspire is small and light, so it has a 15 minute flight time.

One of the coolest features that I didn’t mention above is found on both cameras – Team Mode. That’s where one operator can use a controller to fly the drone, while a second operator can direct the camera. As photographers and videographers this is an incredibly important feature, letting you capture the shots that you want in real time without having to worry about actually flying the device.

As a photographer or videographer you now have a basic idea of some of the key features you want to look for, as well as two stellar options that will help you get the arial shots you’ve always dreamed of.