Happy Tuesday! After a week of really cool technology coming out of CES 2020, including some really exciting new computers, it’s time for a bit of cold water. At least if you are one of the millions of people still running Windows 7. This is the final day that Microsoft is offering support for the decade-old operating system. If you’re still running Windows 7, you’ve already grown accustomed to not having new features, but as of midnight, the situation becomes much more critical. Microsoft stops releasing security update for Windows 7 as well.

With somewhere between a quarter and a third of all Windows PCs still running Windows 7, that is going to quickly make these computers a prime target for cyber criminals. With that many computers exposed, I would expect malware targeting Windows 7 to ramp up almost immediately.

If you are one of the Windows 7 holdouts, what should you do at this point? It’s pretty late in the game, but there are some steps you should take immediately.

Backup all of your critical files and data externally

This is the single most important precaution you can take, and something you should do immediately. Back up all your data and files. And don’t back it up on the same PC that will be vulnerable, back it up to an external drive, or use cloud storage. If you use an external drive, disconnect it from the PC once complete. If the worst happens, your PC might be compromised, but at least your data will be recoverable. As an added bonus, having all your data on an external drive will make life much easier should you decide that now is the time for a new PC.

The preferred step to take at this point is to upgrade to Windows 10. Doing so means a return to regular security updates. It also opens up a whole new world of computing features. A decade has gone by since Windows 7 was released, and Microsoft has been busy. The Windows 10 interface will offer some familiarity for Windows 7 users (this isn’t going to be like learning to walk all over again), but with compelling modern capabilities.

If your computer is old, it may not perform at its best with Windows 10. It may also be unable to support all the new operating system’s features. Given the cost of buying a copy of Windows 10, at this point it may make more sense to simply replace an older PC altogether with a new one that already has Windows 10 pre-installed.

Windows 7 will no longer receive security updates from Microsoft, but if you have a Windows 7 PC that you must continue using and you can’t disconnect it from the internet, then install third party security software. A good security suite may cost you some money, but it will help to keep your computer safe from attack.

For more information about Microsoft’s Windows 7 support, I have a hub page where I’m tracking all the latest updates, along with tips and related information. And if you decide that this is the finally the time to replace that Windows 7 PC with new hardware that can take full advantage of Windows 10, Best Buy has you covered with all the latest PCs and laptops. 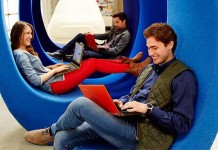 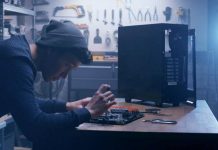 Build your very own Gaming PC 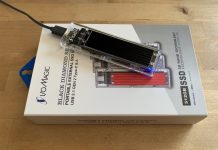