I have a lot of different small appliances in my kitchen, and they all do a job and they do it well. But out of all of my favourite appliances, the one that stands out the most lately is my pressure cooker, and I’m constantly amazed at what it does.

Here’s why pressure cookers are the smart solution to quick meals.

What is a pressure cooker? A pressure cooker really is a one-pot wonder. It’s a small appliance that looks a lot like a slow cooker, but it works by sealing steam inside. That steam builds up into high pressure, and it helps cook your food even faster than it would in a standard pot on the stove or an oven.

It’s hard to believe but it’s true: having a pressure cooker like the Instant Pot on your counter means the end of that ‘What do I make for dinner’ issue people so often have on week nights. Because you can make everything in under an hour, the sky’s the limit as to what you can cook. Take a roast for example: If you made a roast beef in the oven it would take a few hours depending on how you like your meat done.  In a pressure cooker it can be done as quickly as 30 minutes, and you’d only take 45 minutes if you like it well done.

Even better, when you have a pressure cooker you can layer your meal. I’ve put sliced-up potatoes in the bottom of the pot, added a cup of beef stock, layered carrots on top of the potatoes, and then added the roast on top of that.

In 45 minutes I had a main course, two side dishes ready to serve, and could make gravy with the excess liquid. That’s a full meal in under an hour and all I had to do was wash one pot. There’s a reason why cooking with pressure is so great. Because you’re cooking so quickly you don’t lose all of the vitamins and minerals you’d lose with conventional cooking, and that means everything you do cook in the pressure cooker tastes that much better. With a pressure cooker like the Instant Pot Electric Pressure Cooker there are one-touch settings for soup, porridge, stew, rice, and poultry. You can use a pressure cooker to make perfect hard boiled eggs, and because there’s a sauté option, you can cook brown your meat and sauté your vegetables right in the pot.

Pressure cookers aren’t hard to use

Like any small appliance, there’s a bit of a learning curve with a pressure cooker, but that’s only until you figure out how to release the steam when you’re done cooking. I like to use a plastic spoon to push the steam dial to release, and once that happens and the steam has been released, you can just turn the lid and open it up.

Other than that, pressure cookers are as easy to use as touching a few buttons and choosing your pre-set menu option or customizing the time for what you’re cooking.

Every meal, no matter how elaborate it may have been in the past, becomes fast and easy in a pressure cooker. Check out all of the pressure cookers available on Best Buy right now, and take a look at a variety of cookers and recipes on Plug In for more tips and tricks on cooking quick meals. 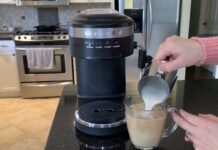 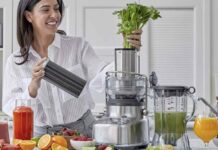