I don’t know about you, but as far as chores are concerned, I could do without ironing anything ever again. From hauling my ironing board out of the closet, to finicking with buttons, collars and cuffs, the whole process irks me. In fact, I’m getting agitated just thinking about it! That’s why I was excited to give two handheld fabric steamers a whirl recently: Conair’s Extreme Steam and Extreme Steam Turbo.

Reminiscent of the kind of handheld steamers you might see used in retail clothing stores, the Conair Extreme Steam handheld fabric steamer is a great option for occasional use. It is exceptionally light weight, intuitive, and super easy to use. In fact, in the box, all you get is the steamer itself and an instruction booklet­–that’s it! No bells and whistles are included with this model.

To prep the Extreme Steam for use, I simply plugged the unit into a wall outlet, and let it warm up for two minutes. While it was warming, I filled the water reservoir with tap water and sealed it via its silicone plug. When the Extreme Steam was ready for use, its indicator light switched from orange to green, at which point I reattached the water reservoir and grabbed an exceptionally wrinkled shirt to steam.

The Extreme Steam comes with a two-stage heating system: low heat for more delicate fabrics, and high heat for sturdier fabrics. The shirt I was steaming was synthetic, so I opted for the low heat setting. For each full water reservoir, you get about 15 minutes of steam time. You can also make use of the “lock” function on the steam trigger for a constant outpouring of steam if you don’t want to keep the trigger in place with your finger. To use, I simply pulled the trigger and dragged the unit over my shirt, and the wrinkles began to vanish immediately! In fact, because the fabric I was working with was quite lightweight, the steam penetrated through to the back of my shirt so both sides were de-wrinkled at once.

One thing to note about the Conair Extreme Steam is that you really need to make sure the silicone plug is firmly in place before you attach the water reservoir to the unit. In my test, that wasn’t the case and water ended up all over the place. No biggie, but worth noting.

As was the case with the Extreme Steam, prepping the Extreme Steam Turbo for use was as simple as plugging the unit into the wall and filling the reservoir with water. However, given the fact that the Turbo is driven by an exclusive 1550-watt steam generator, as opposed to the 1100-watts offered by the Extreme Steam, it warmed up and was ready for use in only 40 seconds!

The Turbo’s two heat settings include normal care for nylon and polyester, and turbo heat for wool and cotton. I tried out the Turbo function on a very wrinkled sweater of mine and the supercharged outpouring of steam made easy work of all the creases. Within a couple of minutes my sweater was steamed to perfection and ready for date night.

Outside of its powerful steam generator, the Turbo also comes with three different attachments to help make steaming even easier. The silicone band attachment pulls fabric taut, which really speeds up the steaming process. I tried this attachment out on my duvet cover, and let me tell you, it has never looked better! The second attachment is a bristle brush, which loosens fibers allowing the steam to reach deeper into the fabric, and the last is a delicate fabric spacer that provides a buffer between the steamer and fragile fabrics. The Turbo also features a built in creaser for perfect pleats and folds, and a built in stand so it can stand upright on any surface.

Both the Extreme Steam and the Extreme Steam Turbo are exceptionally easy to use and make quick work out of wrinkles. However, between the two, the Turbo definitely offers more in terms of powerful steam, and the fact that it can stand on its own is a great feature.

As someone who abhors ironing, a steamer is a great alternative. Because you don’t need an ironing board, you can steamers with you wherever you think you might need to de-wrinkle fabrics, like your office or on vacation. The other great thing about these two Conair steamers is that they are very versatile. For example, as I mentioned, I used the Turbo to de-wrinkle my duvet cover while it was still on my bed.

One thing I did notice though was that for both steamers, it took quite some time for them to cool down. For the Turbo, that’s not a big deal since it has its own built in stand, but for the Extreme Steam, it caused me some concern, as I didn’t want the heat to damage the surface on which I had it cooling off.

Overall, I think either of these steamers are fabulous options for those of us who avoid ironing, or for those of us who simply want a more convenient and versatile option than an iron and ironing board. Plus, a steamer will save you time and money with fewer trips to the dry cleaner, and because no chemicals are used is a green and clean alternative. 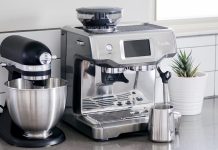 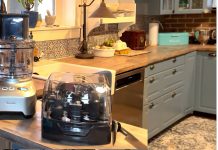 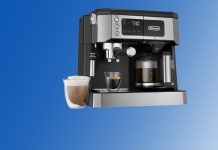