Now that the 12 Days of Christmas gift idea list has begun, the first day has one of the more compelling smartphones of 2020 in the Google Pixel 4a.

The Pixel 4a is not Google’s flagship phone, but it’s just as interesting for a few key reasons. It offers many of the benefits associated with Pixel devices, and improves upon previous models in important ways. It’s the kind of phone that should deliver great value throughout your time using it, and it does just that.

Why the Google Pixel 4a?

I go into more depth about the phone in my review and video, where I look at what makes it such a unique value proposition. Despite the Pixel 5 also being available, that phone isn’t necessarily for everyone. If you’re looking to upgrade to something new, but want to get real bang for the buck, that’s the field the Pixel 4a plays in.

This is a mid-range phone, meaning it won’t have the latest and greatest features. But it does have enough of the critical ones to stand out on its own. It sports a very nice 5.8-inch OLED display with reduced bezels to make the phone big, yet feel smaller and wieldy all at once. The trusty fingerprint sensor in the back is nice and responsive, so you don’t have to rely on your face as a biometric method to get past the lock screen.

It doesn’t have a memory card slot, so you would make due with the 128GB of internal storage. You do also have the cloud. Up until June 2021, you can upload photos freely to Google Photos, but at that point, anything you upload will count against the free 15GB data cap the company imposes for all its cloud services. You do have the option of paying for extra storage to offset that.

Admittedly, this isn’t the kind of handset that exudes beauty. It only comes in black, so you don’t get any colour to add some character to it, either. Put a case on it, however, and that can change the look completely. Using the Pixel 4a camera

As I noted in my review, I consider the Pixel 4a to have the best camera of any mid-range phone. It uses the same 12.2-megapixel image sensor and f/1.7 aperture that even the Pixel 5 has. That also goes for most of the software features that make Pixels so good as phone cameras. Google’s computational software is world-class, and it shows when you snap photos with this device.

Low-light and night photos are always tough with any mid-ranger that doesn’t have all the bells and whistles. Here, Night Sight is excellent, producing images that outdo competitors in the same price range.

Portrait mode also retains its solid foundation, and works really well for capturing anything with a bokeh effect. That also goes for the front-facing camera, which can still produce good selfies, if you like taking those. Google’s HDR+ is always there to help with composition, but don’t forget the exposure and shadow sliders. Those can make a big difference in how a photo turns out.

You do have to make do with the one lens in the rear, though. Unlike the Pixel 5, there are no other lenses. If you want to zoom in, you can do so by using digital zoom, but you will get noticeable degradation beyond 2x zoom. If you need to shoot really wide, you’ll have to physically move back to capture the whole scene.

Shoot video at up to 4K resolution at 30fps. The features and controls are pretty basic, but at least the footage comes out looking pretty good in most instances. Night Sight doesn’t apply to video, so you may not see the same vivid results as you would with still photos. What about the Pixel 4a 5G?

This phone is a variant of the Pixel 4a. Its only difference is that it has a 5G chip inside capable of working with next-generation wireless networks. Otherwise, the phone has the same features, specs and performance of the standard Pixel 4a. If you want to future-proof in case 5G rolls out more in 2021, you could certainly go this route.

Pixel phones haven’t always delivered on battery life, but that shouldn’t be a problem with the Pixel 4a. The less taxing processor and efficient performance of Android 11 helps get the most out of what is a modestly-sized battery. You should have little problem going a full day with it without having to worry about charging.

Be aware also that the phone doesn’t support wireless charging. The good news is the included 18-watt charger is fast. Just plug it in for 15 minutes and it goes up to 60%.

It’s also not waterproof or water-resistant. Like in the past, this is one of those handsets you’ll have to be careful with around water.

Google has done right by its phone lineup with the Pixel 4a and Pixel 4a 5G. While there are no “XL” versions of those phones like there were in the past, their size should feel just right when you don’t want a huge phone. As our 12 Days of Christmas series is now upon us, this is a phone you may find fits just right.

The Google Pixel 4a and Pixel 4a 5G are available now in black. 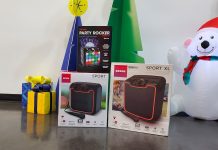 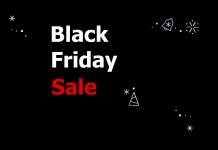 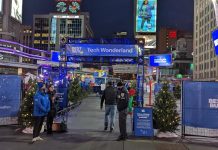 Best Buy Tech Wonderland is a fun and magical experience