Google makes a really strong case for the Pixel 4a being one of the best—and most affordable—smartphones you can find in 2020.

The Pixel line, for its various stumbles along the way, offers a hardware-software combination that is easy to like. Last year’s Pixel 3a was a big step in the right direction, even if it wasn’t a flagship device. By going mid-range, the value outweighed any potential drawbacks. It was one of the best phones of 2019, in my opinion.

Fast-forward to now and the Pixel 4a arguably pushes that needle further, making the case that performance can be had for less. If you’re looking for a path of least financial resistance, this phone may be just what you asked for.

Let’s just get it out of the way now—this is not the prettiest of phones. It sports a basic, muted design with only one colour (black) and little else on the outside. At first glance, you might get the impression it’s cheap or neutered in some way, but as the old adage goes: never judge a book by its cover.

It is fair to say the Pixel 4a is missing some things. There is no wireless charging, nor any water-resistance. This phone and water are not going to turn out very well, so be careful. It also has a slower processor than the Pixel 4 does, yet is on par with what other mid-range Android handsets have. In other respects, it surpasses them, like with the 128GB of internal storage and 6GB of RAM. The internal storage part is really important because there is no memory card slot to expand on it, either.

There’s one camera in the rear, and another in the front. In the latter case, the hole-punch cutout is on the top left corner, putting it out of the way of the rest of the screen. Speaking of cutouts, there’s a headphone jack at the top, in case you want to plug in a pair of wired headphones.

On the back, there’s the fingerprint sensor, which is great and responsive. It’s a bit too flush with the back, but not if you put a case on the phone where the cutout makes it obvious to feel where it is.

And, last but not least, there is no XL version of the phone. The Pixel 4a is a solo act, and with smaller bezels at a lighter weight, it’s an easy phone to wield.

Not surprisingly, this phone won’t compete with flagship models on ultimate performance, and that’s really not an issue. When a phone costs so much less than those handsets do, what you do get here is more than agreeable. It certainly was what I expected, since I know the Pixels so well, and I came to appreciate the Pixel 4a even more because of it.

What makes this work so well is that Google doesn’t cut back too much from its flagship models. Android looks and feels the same. In fact, while I was testing the phone, Android 11 came out for all Pixel devices, adding the latest features. I’m still going through those, though most of them are supportive, rather than usability improvements.

The AMOLED screen is vivid and vibrant. It’s lacking a faster response time than 60Hz, but that’s probably to be expected for a phone at this level. You may not know, or even care, about a 60Hz response time, but once you’ve used 90Hz or 120Hz, you will notice a difference in fluidity.

Augmented reality (AR) navigation through Google Maps works. Other features, like Call Screen, Night Light, Digital Wellbeing and the camera are also intact. The screen isn’t quite as vibrant as the Pixel 3, but it’s still vivid, and looked great to me when using it. It’s not the brightest display you’ll find, which I noticed when looking at it under sunlight.

I also had little problem editing photos in Adobe Lightroom or playing games on it. It was a smooth experience throughout. Maybe not as buttery smooth as a more expensive phone, but nothing I would complain about. The 128GB of storage is also huge because it vastly reduces any anxiety over how much you can save on the phone.

The best camera in this range

For me, it’s easy to summarize this part because it was so obvious. No other mid-range phone comes close to the Pixel 4a’s camera output. Period. The prowess coming with the flagship Pixels is readily apparent once you start shooting with this one.

It’s using the same 12.2-megapixel image sensor and f/1.7 aperture equipped in the Pixel 4. Given that phone still has one of the two best phone cameras, in my opinion, including it here is enormous value. And it proves its worth when you shoot with it. The Night Sight mode alone blows away the competition in this range.

It’s a significant factor because carrying the Pixel 4a means you can handle just about any photo opportunity. You don’t get a second lens to zoom in, though Google’s Super Res Zoom does kick in with decent digital zoom. At least up to 2x—anything beyond that will look grainy, rough and lack colour.

Portrait mode is fantastic, and really worth trying for objects, rather than just people. Unlike others, including the iPhone, you don’t have to move as far back to get the subject in focus. You end up with some shots looking like borderline macro images. The built-in HDR+ kicks in to do its thing for great composition, and if that wasn’t enough, you also get the exposure and shadow sliders introduced in the Pixel 4.

In an awesome nod to shooters like me, Google included the option to save photos in RAW for better photo-editing. You can shoot decent video in 4K at 30fps, but I found I had to fight off the phone’s tendency to crank up the exposure too bright.

The front-facing camera is fine, except it is a fixed-focus, so you will need to extend your arm to get good selfies from it.

The Pixel 4 may struggle mightily on battery life, but the Pixel 4a doesn’t. On paper, the battery size is small, and it’s the modest specs and better software management that work together to make this an all-day phone. I used it a lot as my daily driver and didn’t have to worry about running out of juice at the end of the day.

In fact, I had a better battery experience here than I ever did with the Pixel 4 XL, which was my primary phone for several months. It didn’t matter if I was streaming video, playing music, browsing or all the other miscellaneous everyday tasks.

Google includes the same 18-watt charger in the box. A 15-minute charge gets the phone back up to 60 percent, perhaps helping you forget about no wireless charging. Now, if only Google can get this kind of battery performance on its flagships.

The Pixel 4a lacks beauty and isn’t the strongest of phones, but the sum of its parts are still exceptional. Exceptional for a mid-range device, and frankly, the measuring stick others should be judged on. It runs smoothly, takes excellent photos and stays on all day. Not to mention it’s at a much more affordable price outright.

If you’re on a budget, this phone absolutely deserves consideration. It’s a noticeable improvement on last year’s Pixel 3a, and is set to receive the next three major Android updates, making it viable up to 2022 or 2023.

The Google Pixel 4a are available now. 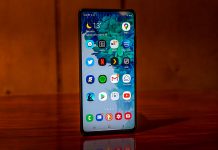 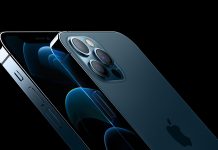 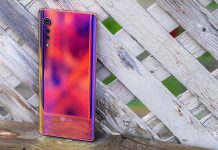