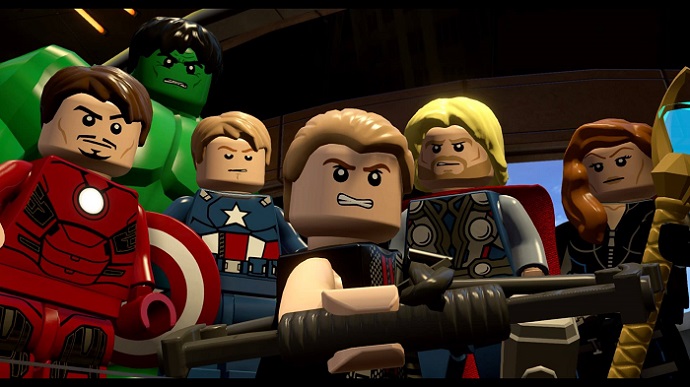 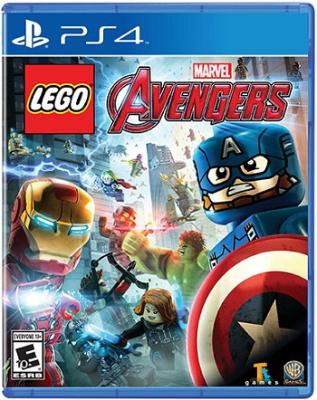 Following 2013’s highly successful LEGO Marvel Super Heroes, Warner Bros. Interactive Entertainment and TT Games are back with their second Marvel universe adaptation, this time shifting the focus from the wider Marvel Universe to the adventures of the Earth’s Mightiest Heroes. LEGO Marvel’s Avengers is the first video game based on the characters and storylines from the Marvel Cinematic Universe films, with prime focus on Marvel’s The Avengers, and its blockbuster sequel, Avengers: Age of Ultron.

In the game you’ll step into the role of all your favourite Avengers, including Iron Man, Hulk, Black Widow, Captain America and Thor, and explore a full-size recreation of New York City. You’ll also travel to many other recognizable locations from Marvel Cinematic Universe, including Asgard, the S.H.I.E.L.D. Base, Sokovia, and Washington, D.C. If you’re a fan of the Marvel films, you’ll love reliving the most iconic moments—all with a splash of classic LEGO humour. 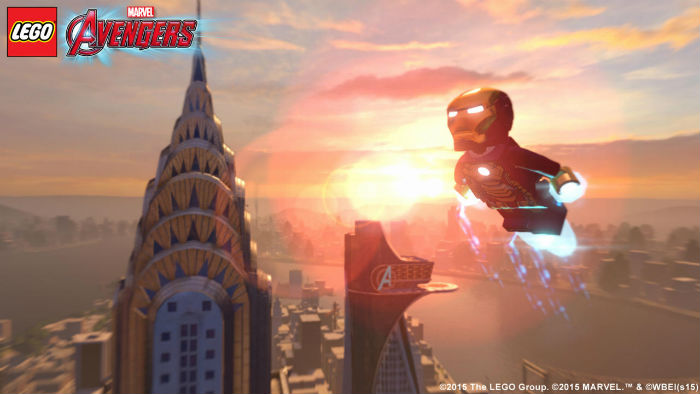 Whereas the previous LEGO Marvel game featured an original story set within the Marvel Universe, this time around the plotline very closely follows the events of The Avengers and Avengers: Age of Ultron films. So if you’ve seen these summer blockbusters, then you’ll have a good grasp of the basic story, characters, and locations included in the game. There are also four chapters focused on additional Marvel Cinematic Universe properties, including Captain America: The First Avenger, Captain America: The Winter Soldier, Iron Man 3, Thor: The Dark World. Not only will you get to relive some of your favourite moments from all six movies, but you’ll do so with the charming graphics and quirky moments we’ve come to love from the LEGO franchise. 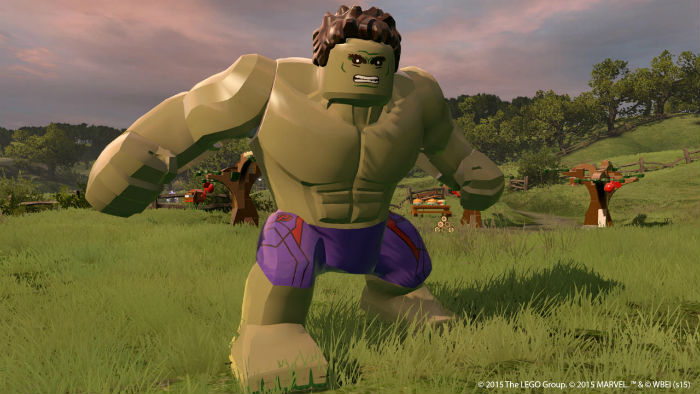 While I applaud the developer’s ambition to include six superb Marvel films in one game, as it turns out, there are couple of drawbacks to this approach. The most obvious is that if you haven’t seen one or more of the films, there will be chapter(s) in the game where you won’t have any movie references to draw from, leaving you with no choice but to take the barrage of LEGO-ized jokes at face value. By contrast, when you do know how a particular scene plays out in the film, seeing the quirky LEGO twists makes the moment more personal and funny.

The more egregious problem, however, is how disjointed the story feels, since you’re regularly hopping from film to film with very little briefing as to why you’re in a new location, with new characters, new purpose, and new boss figures to fight. LEGO Marvel’s Avengers is therefore more like a highlight reel of the films’ best moments, instead of a tight, cohesive story, like what we were given in LEGO Marvel Super Heroes. Still, the source material here is excellent, so chapters on their own offer up plenty of fun moments, including epic boss battles against the likes of Loki and Ultron, and unforgettable hero vs hero moments including Iron Man’s classic confrontation with Thor. 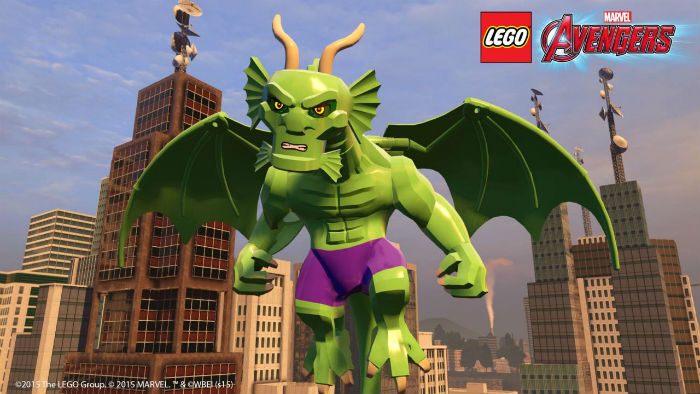 LEGO video games are well-known for having pick-up-and-play gameplay, and LEGO Marvel’s Avengers is no exception. If you’ve played any of the previous games in the series, you know the drill here. Each character has their own special abilities that need to be used to solve puzzles and progress to the next area in the game. As examples, Nick Fury can turn himself invisible and bypass security cameras undetected, Iron Man can use his heat beam to melt gold bricks, Captain America can activate special shield switches, and Hulk can grab and rip apart specially marked wall. 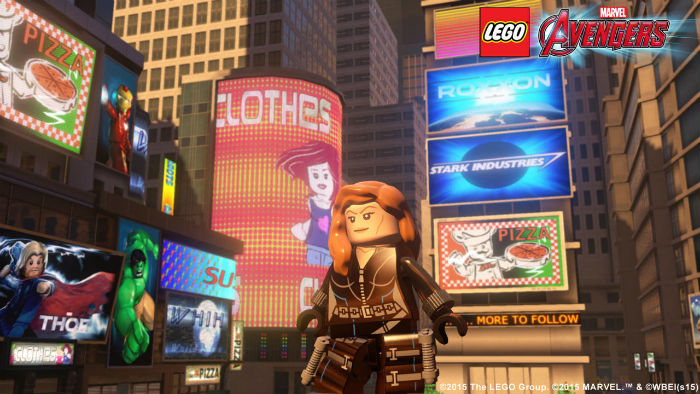 What is new this time around are special contextual moves that can be initiated under specific combat circumstances. For instance, each character has a grapple move that can be unleashed when you see an on-screen button press prompt (much like a quick-time event), which deals out punishing damage to a single opponent.

The more exciting addition though are the all-new team combo moves where your two superheroes work together to take out nearby enemies. The move varies depending on which two playable characters you’re using at the time, and with over 200 characters to unlock in total, there are literally hundreds of possible combinations. Some of my favourite team-up combos include Hawkeye and Thor (Hawkeye shoots multiple arrows at Thor, who then ricochets the arrows off his hammer towards enemies), Hulk and Iron Man (Hulk picks up Iron Man and spins him around as he fires his heat beam), and Iron Man and Thor (Thor charges up Iron Man with lightning, who then zips around the screen zapping enemies.) These flashy new team combos add some much-needed style and flair to the otherwise standard LEGO combat.

Visit iconic locations from the Marvel Universe, and unlock more than 200 heroes 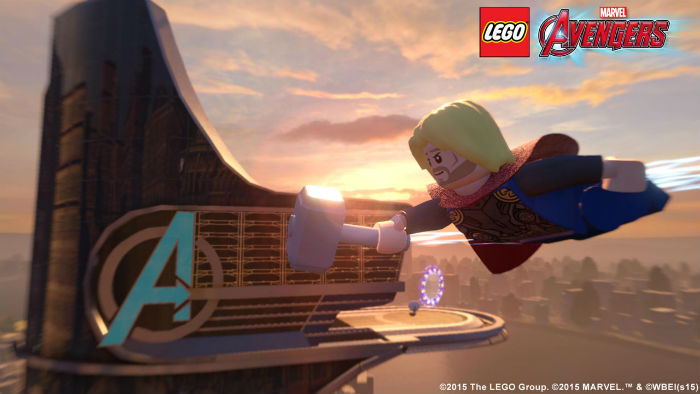 LEGO Marvel’s Avengers is easily the best-looking game in the franchise yet. The LEGO character models are gorgeous and glow with a vibrant, plastic sheen; it’s really impressive how much detail went into the main Avengers heroes and their arch villains. In addition to many of your favourite Avengers superheroes, and numerous variants of each, there are also many interesting and obscure D-grade characters you can unlock as you play. Some of them I had never even heard of before, so I had to look them up in the Marvel Database (e.g. Butterball), while others I haven’t seen hide nor hair of years (like the Thor-esque Beta Ray Bill.) 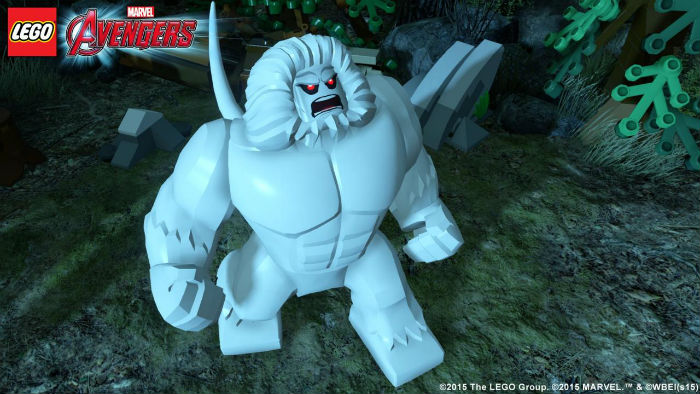 The many Marvel Cinematic Universe locales you’ll visit along the journey also look very impressive, from the ominous and ethereal Asgard, to the dilapidated ruins of Sokovia, to the sprawling, enormous open-world of New York City. There are eight spacious hub worlds in total to visit, and in each you can freely roam around, take on side-quests, or practice your superhero moves. Like in previous LEGO games, you can also play co-operatively with a partner to double the fun. The screen can be split either dynamically or horizontally, and you have a choice to stick with your partner, or split up and tackle side-quests twice as fast. You can also drop-in/drop-out of co-op at any time, for seamless experience as players come and go.

Those who enjoyed the Avengers films will surely find a lot to like in LEGO Marvel’s Avengers. The roughly eight hour story will take you through some of the most memorable moments from the films, all injected with a hilarious dose of classic LEGO humour. Gameplay will be familiar to those who have played previous LEGO games, plus you get the addition of fun new team-up moves with your partner. After you complete the game, there’s still lots to see and do including unlocking over 200 characters, collecting LEGO studs, finding hidden Gold Bricks, and much more. Sure it would have been nice to have a more cohesive story overall, but overall this game is great entertainment the whole family can enjoy.

+ Fun to revisit the best scenes from the Avengers films

+ Easy to pick up and play

+ Beautiful graphics (best in the series yet)

+ LEGO humour is in full effect

+ Over 200 Marvel characters to unlock in all