Desperados III blends real-time strategy tactics with all the adventure of the wild west. Focusing primarily on stealth, players must puzzle out tricky scenarios full of gun-toting outlaws and environmental hazards. The game is available now for PlayStation 4 and Xbox One.

A step back in time

Set in the wild west, Desperados III is a prequel to the real-time strategy series. It’s been over a decade since the last entry however. Luckily, the game is extremely approachable for new plays who may be unfamiliar with past entries.

The fact that the game is a prequel eliminates any real need for knowledge of the events that occur in prior releases. Furthermore, Desperados III features a very robust and helpful tutorial stage. As a new player to the series, I had no issues jumping in to both the story and the game’s engaging strategy mechanics.

Desperados III reminds me a little bit of games like Hitman Go—but if you actually were able to perform the actions instead of just moving digital “pegs” around a board. It’s really the same thing in principle. You need to know where to move, when to use your weapon, when to double back—and so on. Every action is a calculation, a move that’s part of a dynamic game of chess.

But unlike the “Go” games, where the presentation is simply a logic puzzle on rails, Desperados III is a fully-developed world that shapes its puzzles with real-time adventure. You’ll creep through bushes, leap over trains, and basically explore every corner of rich midwestern locales. Each map is at its heart a complex and challenging logic puzzle with multiple solutions stretching across vibrant and lively terrain.

In each stage, players will control as many as 5 characters. Each one has their own unique abilities, adding the diversity in strategic approach. The goal is to stealthily dispose of enemies and overcome obstacles along the path of each map.

Ultimately Desperados III is a game of patience. The best strategy is to carefully consider each move, and even plan out a series of actions in advance that can then be executed all at one with a single command. A complex and perfectly devised attack featuring multiple characters and actions can end up feeling immensely satisfying—almost like a perfectly choreographed attack sequence in a John Wick film.

Smile for the camera

For some, the only real roadblock may be in growing accustom to the camera. The left thumbstick pans the camera overhead, while the right thumbstick moves the active character. However, moving said character toward the edge of the screen and beyond will not prompt the camera to follow.

This is of course intentional by design. The intent is to give the player mutually exclusive freedom of camera and character as a necessity much like many other real-time strategy games. That said, I suspect a percentage of players will regularly feel at least a modicum of agitation, (at least at first), when they move their character and expect the camera to follow.

Save and save again

The gameplay in Desperados III can be tough, and you will fail. In fact, you’re truly meant to fail on a regular basis. After all, the game wouldn’t be very fun if there were no challenge.

Failure is actually baked in so deeply, that by default the game asks you to save no less than once per minute. This comes in the form of an on-screen prompt with a timer reminding you just how long it’s been since you last saved your progress. Luckily, this 60 second reminder can be prolonged or even turned off entirely. Regardless, the point is that in order to play Desperados III as intended, saving regularly is a must.

I’m not so much bothered by the timer popping up (although I did opt to turn it off entirely). My only real nitpick here is that saving requires a very brief pause (only about 1-2 seconds) in gameplay.

Now I fully admit that I am not a game developer, and the fact that the break is so short may be a credit to the team. However, it is still a bit jarring when you are doing it as regularly as they suggest you should. If I really need to be saving constantly, I would prefer that saving could be done in the background in real time without causing an (albeit very brief) pause.

Overall Desperados III is very fun to play. As a strategy and puzzle game lover, it hits all the right notes for me as a vessel for challenge and analytical thinking. Even more to its credit though is its proclivity toward replayability.

Those who really enjoy a challenge will want to play these levels over and over. There are so many possible approaches, and it’s likely that your first run won’t be anything to write home about. The real mastery in Desperados III comes with learning the in’s and out’s of each run in a bid to put up the most efficient and impressive stats.

Desperados III encourages this with a slew of side challenges and rewards to unlock within each map, along with a number of difficulty settings. Some of these will no doubt take more than a bit of practice to achieve. On one of the early maps, my completion time was around 40 minutes. The par speed-run challenge time was around 5 minutes.

Each level also ends with a time-lapse map showing your progress throughout the entire level. This is a great feature that lets you recap your progress and identify areas for improvement. If you really want to, there are enough challenges to get lost in these strategy puzzles for many, many hours.

I definitely count myself a fan of stealthy games with deep strategic gameplay, and in that regard Desperados III is a winner for sure. If you enjoy real-time action that infuses logic and puzzles that require careful planning and methodical thinking, then you’ll likely be in the same boat. Just be prepared to either stagger your gameplay with frequent but brief save breaks, or alternatively throw caution to the wind and risk it all without a safety net!

+ Engaging gameplay and stealth mechanics
+ Huge potential for replayability
+ Easy to pick up, even for new players

– Frequent saves can disrupt the flow of the game 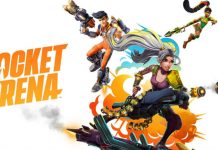 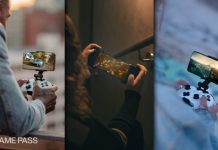 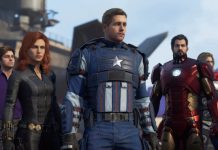