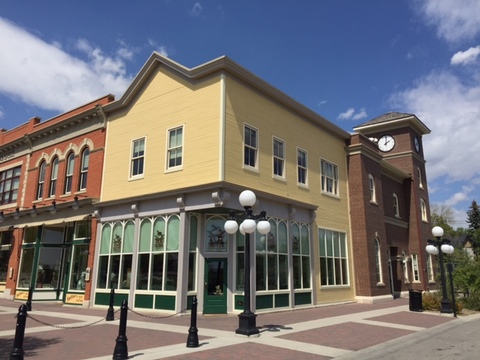 A park dedicated to heritage and history might be the oddest place for a special event touting amazing new television technology. But Calgary’s Heritage Park was the setting for a special viewing of some of Samsung’s newest TV technology this week.

Tucked behind the false façades of old timey storefronts, alongside staff in period costume, and in a room across from antique gas pumps in the Gasoline Alley area of Heritage Park, were some of the most advanced televisions available to consumers today. Samsung Training Specialist Jean-Pierre Jutras was on hand to educate journalists about some of the newest TV technology that’s out there; primarily the focus was on HDR, and 4K resolution.

You may think looking at new TVs could be kind of dull. A TV’s a TV, right? Not so. While many people reading this article will not have seen firsthand what a ultra high definition (UHD) or 4K TV looks like, I’m here to say it’s a whole new ballgame.

I should note that it’s pretty much impossible to try to get a person who has never viewed this technology to imagine or picture in their mind’s eye what this new video quality looks like. It is absolutely the kind of technology that you need to see firsthand to believe it. While you can step into any Best Buy store and browse the TV aisle to be wowed by this new technology (and I do recommend that), I had the pleasure of being surrounded by a roomful of largescreen Samsung televisions, and the picture quality and realism playing out on them was truly stunning. 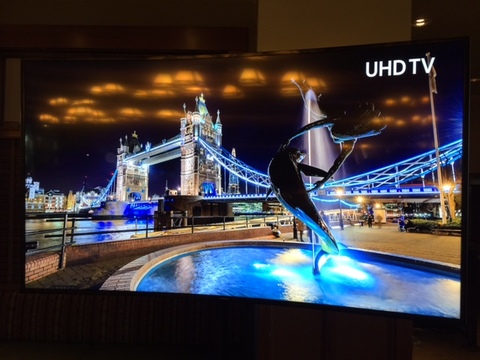 All of the TVs on display were from Samsung’s 8000 series and 9000 series (read the reviews of those TVs here). There are videos on those blog articles too. They have a very small bezel; so narrow it looks like there is absolutely no frame around the screen. They are also ultra-thin; a child’s colouring book is probably a lot thicker than most of these TVs. They also have been built to look good from nearly any angle; and that includes the back. Samsung calls this ‘360-degree view’; meaning gone are the days of ugly ribbed and utilitarian TV backs. The TVs on display have smooth curved backs, making it look much more like a piece of furniture, and blending more seamlessly with the room.

Stunning colour and detail; you’ll want to touch it

Standing back from these televisions watching videos and images on them, it’s easy to see how much more colour and detail there is in the video picture; particularly when side-by-side with a regular HDTV. Thanks to 4K resolution, the picture on these TV screens is so real that it really feels like you could reach out and touch what you’re seeing. The colour intensity, courtesy of HDR, also makes it look like the image is practically 3D, adding to that almost subconscious desire to reach out and touch the image. So what makes the video picture look so real? Stay with me… 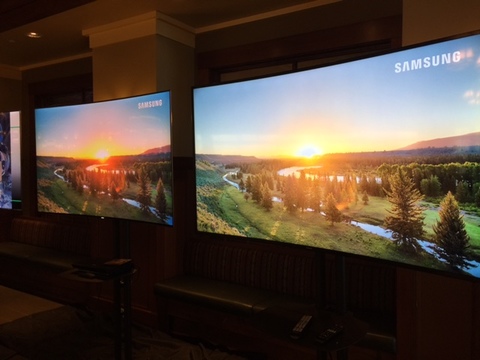 HDR or High Dynamic Range is one of the primary components that makes these televisions standouts from regular HD sets.

“HDR is about expanding the blacks and brightening the whites so you can enjoy both of them at the same time,” explains Jutras.

HDR is all about colour and brightness working together. To simplify, HDR allows you to see more colours than are typically visible to the human eye in a traditional HDTV. It also allows for a brighter video picture without washout. (In the photo at left, you can see the HDTV on the right looks more washed out than the 4K HDR TV at left, which, even with my camera, shows more colour)

While you’ll also hear about HDR in the context of photography, it’s important to note these terms, while similar, are different in these different formats. With video, HDR allows TVs to display a vaster spectrum of colours and a greater difference in contrast of those colours; making for a greater discrepancy between the lightest colours and the darkest ones.

So what does that range and discrepancy mean? More colours means you can see a richer picture, because instead of graduated layers of colour, you’re getting more of a true blending of colours in the video picture. That allows the video to appear more realistic. 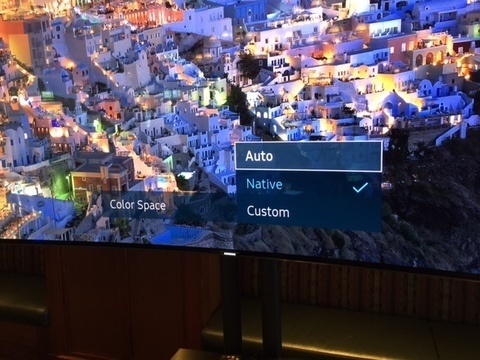 Jutras also tells us about the ability of Samsung’s televisions to expand HDR from native (made in HDR) content, to regular television content. Using special algorithms, these Samsung televisions can improve the looks of even things like your nightly news broadcast (currently now shot in HD) by mathematically enhancing the video picture (or Colour Space), meaning you can enjoy some of the benefits of HDR even though the program you’re watching does not originate in HDR.

There’s plenty more to learn about HRD technology. Read more about it here on the Plug In blog.

What to know about 4K

The stunning resolution of Samsung’s line of 4K TVs is also outstanding. 4K refers to the television’s resolution; or the number of pixels in the screen. More pixels means a much sharper and more detailed image. 4K TVs have about four times as many pixels as a regular HD set, meaning at home in your living room, you’ll see sharper, richer detail. We’ve blogged quite a bit on 4K TV; read an in-depth article here. It’s also worth reading Graham’s reviews of the Samsung 8000 and 8500 models here to see what these TVs can do for you.

Why doesn’t everyone have a 4K TV yet? 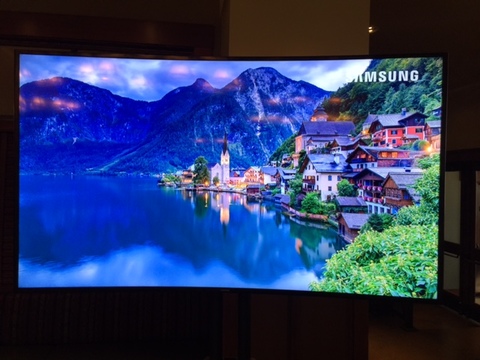 The trouble with 4K, and now HDR TVs, has been that there is not a tonne of content being produced in these formats. However that is changing, and the amount of available content is continuing to grow. (Read more about Streaming in 4K and Cable TV content in 4K). But ultimately Samsung isn’t touting these TVs for their use right this minute, as much as they are showing us the future.

It took many years for people to adapt from SD or ‘standard definition’ television to the current standard of HD. There were many years of transition and adjustment. The same thing should happen with the format improvement from HD to 4K, and HDR. It’ll just take some time. But in the meantime, for those ready to have a better, richer experience, you can enjoy stunning visuals, realistic sharpness and an amazingly dazzling array of colours in this new lineup of televisions from Samsung.

See the full lineup of Samsung TVs at Best Buy.