The LEGO Harry Potter line is now in its third generation. Over the past 15 years, LEGO has covered a lot of different corners of J.K. Rowling’s universe, releasing popular sets like the Knight Bus, Knockturn Alley, and the extremely popular Diagon Alley (which remains a favourite among both LEGO and Harry Potter fans alike). This new generation features some really imaginative sets made popular by the series, including a couple that is now available at Best Buy. In this review, I’ll show you the Hogwarts Great Hall (set 79594) and the Hogwarts Whomping Willow (set 75953), and in the video, I’ll show you the other big project we’ve been working on: The Hogwarts Castle.

The LEGO Harry Potter Hogwarts Castle itself (as far as I can tell) is exclusive to the LEGO store. It must weigh around (no joke) 25 pounds, and it has over 6000 pieces. Since the castle itself is all encompassing, it does come with a miniature (very miniature as you’ll see in the review video) Whomping Willow and Ford Anglia. It also comes with a pseudo stand-in version of the Great Hall. However, if you want the full experience of both, you’ll have to get both sets and build them over the course of an evening or two. They also combine well together, which I’ll talk about near the end of the review. That’s what my wife and I did, and here are the results!

The LEGO Harry Potter Hogwarts Whomping Willow set is a medium level build that comes in at 753 pieces. Parts of the build aren’t that complicated, and the entire thing can be done easily in one 2-3 hour session. Between the two of us, it probably took just over an hour, but I also think my wife is a faster set builder than most.

The kit is broken into 5 bags across 2 instruction manuals and a sticker sheet. The first two bags are for the Weasleys’ Flying Ford Anglia and the Willow itself, while the last 3 are for a cross-section of the Hogwarts Castle.

The hardest part of this build is easily the willow tree itself. While the Weasley family car has a lot of pieces, the tree has a lot of very unique, moving pieces. It’s almost like a mini LEGO Technic build encased inside a tree. When it’s all together, the tree itself can spin! Watch the video to see more.

The third, fourth, and fifth bags contain the Hogwarts classroom cross-section, and this is where the students and staff reside, along with a Hedwig minifigure.

There isn’t much not to like about this build. It’s not terribly difficult, but it’s not so easy that you’ll blow through it either. The instructions are pretty clear, and it’s a very nice looking build in the end. Here are a few more bits and pieces of the Whomping Willow set.

The LEGO Harry Potter Hogwarts Great Hall is a slightly larger and more complicated build at 878 pieces. Minifigure fans can rejoice in the fact that this one comes with a ton of minifigs. In addition to Harry, Ron, and Hermione, you also get characters like Hagrid, Draco, and Dumbledore too. In all there are 10 different minifigs. There are also 6 building bags in all, and the set has you building from the inside of the hall to the outside walls.

Overall, The Great Hall will probably take a little longer than 3 hours to build, depending on how fast you are. It took me about an hour and 20 minutes to get through the first two bags, and all that does is essentially lay down the framework for the inside of the Great Hall. The other 4 bags tend to the walls, windows, and adjacent tower.

The set is basically as you’d expect the Great Hall to look—full of windows and flanked with two large entry doors. You even have to build all of the food yourself and connect it to the tables!

One thing I really like about the Great Hall build is how unique this set is. I’ve never seen or built anything quite like it. When you dump the bags out one by one, I’m not going to lie, it looks pretty similar to anything you’ve started building. However, as the pieces come together and labels get stuck on, you see something different unfolding before your eyes.

When we finished with bag 4 and finished one of the exterior walls to the hall (as well as the main dining area), I was really impressed with just how neat it looked. Once you have the roof on and start working on the tower, just take a step back and see just how cool it all looks.

Unlike the Whomping Willow, the Great Hall can be a bit of a finicky build. The foundation is three different sized grey baseplates that come together as you build the second bag, but they initially connect through the least number of connecting pieces.

Unfortunately, this means that if you start tilting and turning it a bit too much, it might come apart. Whereas we sat on our carpeted living room floor building the Whomping Willow, I’d recommend building the Great Hall on a flat surface (like a hardwood floor) or on a table to avoid any pieces or connections from coming apart.

Combining Builds at The End

Combining both of the builds at the end is fairly easy. You simply place the Hogwarts cross-section of the Whomping Willow build to the left of the Great Hall’s tower.

The sets are designed to clip into one another through the pegs on the end of the Whomping Willow set, and the holes on the edge of the Great Hall Tower.

Here’s what everything looks like when it’s put together. You will have to snap the sets together, but be careful because there are a lot of small pieces (like a spiral staircase) that could fall off if you force it too hard.

Since this review was originally written, I’m happy to say that the biggest set in the new LEGO Harry Potter line is now available at Best Buy too! The Massive LEGO Harry Potter Hogwarts Castle (71043) is now available online at BestBuy.ca! This set is huge! It’s 6020 total pieces with multiple decal sheets. This was the first set from the series that my wife built (you can see it in the background of some shots and the review video), and it must have taken her between 30-40 hours with all of the little bits and pieces! It’s one of the coolest sets I’ve ever seen, and I think you’ll enjoy it too. It’s one of the best homages to the franchise, and it even comes with smaller and more scaled down versions of the Whomping Willow, the Great Hall, and some of the things that go with both. In the review video, you’ll be able to see some of these comparisons too!

Once you’re done with the Whomping Willow, Hogwarts, and Great Hall, there are about a half dozen other builds out there in this generation. There’s a new version of the Qudditch set, along with a new version of the Hogwarts Express. There is a small promo bonus version of Diagon Alley out there, and this whole generation kicked off with a LEGO minifigure collection set. For now, get your hands on these three sets at Best Buy and start building! If you’re a huge Harry Potter fan in general, I have good news for you! This is just the beginning of what you can expect to see out of the latest generation of LEGO Harry Potter so keep an eye out for more sets in the future! 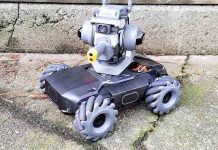 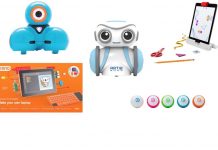 How to Choose a Great Smart Toy For your Child 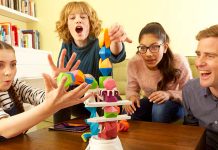