If the last couple of years has taught me anything about the gaming market, it’s that you have to strike while the proverbial iron is hot. Over the past two years, just about every console became hard to buy at one point or another. I pre-ordered my Xbox Series X, but had trouble finding a second Nintendo Switch for my daughter to call her own. We also just picked up a PlayStation 5 a few weeks back.

Although they are a lot easier to find now, with the holidays coming you may be able to get a gamer one of these consoles. Even if you do, there are other fun gifts for gamers you can choose. Here are a few suggestions for gifts for day-to-day gaming or for enhancing their gaming space. The last time I spoke about interesting gifts for a gamer a couple years back, I was big on activity trackers. I had a Fitbit at the time and considered it to be a great accompaniment. I’ve since bought an Apple Watch and would add Smart Watches to this topic as well. My Apple Watch tracks my exercise time, calorie burn, and overall activity, and it’s been been a great way to get me off the couch by tracking my activity, heart rate and other metrics over time.

I’ve just purchased an Oculus Rift and I think virtual reality headsets fall into the wearable gifts for gamer category. Oculus is now known as Meta, so you get the same look and technology with a new name. I’ve been utilizing a lot of physical activity and rhythm games, and there are a lot of fun games you can download that will get you moving but still fill your need to play.

There are two things I consider when I think about comfort in a gaming space – chairs and desks.

Gaming chairs as a gift

I never used to be picky about my chairs, but as I get older, I’m starting to see the benefit of a good comfortable chair. There are a lot of different chairs out there with varying degrees of ergonomic and lumbar support. There’s also the choice between PC chairs and console gaming chairs, the latter of which don’t have legs and would be suitable for somebody whose TV is on an entertainment unit rather than mounted up high on the wall.

Gaming desks are also a really neat concept that don’t necessarily take up a lot of space like a lot of office desks do. There are some really minimalist gaming desks out there which simply provide enough space to place your screen and device, while some have larger setups for you to place multiple things.

Increasing Ambience in a Gaming Space

One of the most fun additions to my gaming area over the past while has been the addition of back lighting to my TV. It’s a really simple and really inexpensive space enhancer, but I absolutely love it. Right now, I’m using Kasa’s Smart Lighting strips and have created a handful of pre-sets (like my team colours in FIFA and NBA 2K.) With the ability to dim and brighten through my smartphone, I can customize it to look great no matter time of day.

These kinds of strips, regardless of brand (whether you go with Kasa or, say, Philips Hue) will typically come with enough length to cover off all sizes of TVs with instructions on how and where to properly cut it so that you’re not left with excess.

My home office space has Nanoleaf lighting which started more out of necessity (since that side of the room doesn’t have its own light fixture) but I’ve considered expanding it past the square setup to include triangles and a boost room ambience. The customization (by colour and brightness) is great and once again, I appreciate that it’s both functional and aesthetic.

There are also some accessories you could place in your gamer’s space, like gaming plushies or action figures. Best Buy online currently has a huge selection of Nintendo plushies of all shapes and sizes, action figures and even Funko Pops. Good controllers are a gamer staple

I was never really picky about gaming controllers, but after playing with a more professional types like the Nintendo Switch Pro Controller, I can notice the difference. On the Switch I’ve also found some titles that require a lot of precision (like some of the fan created stuff in Super Mario Maker 2) to be much more fun with a pro controller and less frustrating to play than with the joycons or even an entry level wired controller. It makes a huge difference. I’m still really bad at Mario Maker community creations, but I can’t blame it on the controller anymore.

Controllers can be a bit of an investment, with many costing as much, if not more, than a new game. They are a great investment for your gamer and I’d highly recommend taking this route.

Streaming or podcasting gifts for a gamer

Over the last couple of years, I have a few friends that have started their own Twitch channels. Some go on camera and some stay off of it. Some are podcasters, and some guest on podcasts from time to time. If you’ve got a gamer that’s a content creator or who is interested in doing any of this, there are a couple gifts you could consider getting them. The first is a green screen to help cover up their background. Depending on how much room you have, there are a couple options. First is the traditional backdrop, but I’ve become a bigger fan of the portable chair screen green screen. This one hooks up to a chair, is inexpensive and can be collapsed between screens so it doesn’t get in the way.

Next up is a microphone. I have a couple of Blue microphones I keep for voice overs that I do at home and I stand by the audio quality of the brand. Logitech has even partnered with Blue on a streamers’ kit, complete with a pop filter. There are lots of different microphones to choose from, depending on budget and quality. Regardless, I’d say that a pop filter is a must if they will be speaking into a mic regularly. Then, depending on how serious of a setup this is, they might benefit from a mixer or a new webcam as well!

Over the last decade or so, the rising cost of subscription services and microtransactions have put a dent in the budget for many gamers. My wife has recently taken a job in gaming, so we’ve added XBox Game Pass to our subscriptions list in addition to the Nintendo Online Family Membership we’ve always had.

A family friend of ours always buys my daughter the latest copy of Just Dance and an annual subscription to the Unlimited service every year for Christmas and her birthday respectively. My wife also had a subscription for World of Warcraft for a long time. Your gamer might have these, or like to buy a lot of in-game add-ons, whether it be DLC or loot. Some games out there have in game currency cards for sale, some don’t. You can buy subscription cards for just about all of them. If you cannot, there are plenty of other options such as the generic cards for the console the gamer owns. Some of these can also come in the form of gift cards if you can’t decide which way to go.

Choose the best gifts for your gamer

Whatever you choose to get your gamer, I hope you’ve found a gift that makes an impact. I know I’m going to be looking at one of those chair green screens myself. What have you bought your gamers over the years? Do you have any other suggestions? Please leave us a comment below. 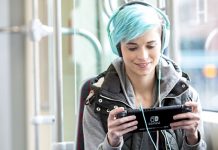