With its signature Moto G 4G LTE, Motorola proves that simplicity is powerful. Don’t let the low price tag fool you. The MotoG may cost less than other devices but it performs like a higher end Smartphone.

The  Moto G 4G LTE phone has clean and elegant design with smooth sides, a curved back and flat front. At 140 grams, it feels good in your hand– just enough weight so it has substance, but not so much that it’s burdensome. The 12.9 cm by 6.6 cm body is slim and also adds to the overall feel. Keys have also been streamlined with power and volume keys on the right side for easy reach. I found it quicker to answer calls with this ergonomic design. The Moto G supports a removable micoSD cards up to 32GB. It comes with 8GB of internal storage – very generous for a phone of this price.

The standard matte plastic shell is equally uncluttered, with the discreet Motorola logo underneath the camera lens. Pop it off to access the microSIM slot. If black is too basic for you, Motorola offers eight other eye-popping coloured shells ranging from vivid blues to cheery lime-yellows. I was very pleased with the resolution on the 11.3 cm (4.5in) 720p LCD display. This phone is nearly 100% screen and with 326 pixels per inch, images are bright and clear with vivid and crisp colours. The HD display stretches practically edge-to-edge to all four corners of the phone for an inclusive picture. It made reading or browsing a pleasure. There is very little discolouration or distortion when viewed from the side or off-angle so you also get decent viewing. This is easily the best screen on a budget phone.

The company has made a conscious decision to stay with a more vanilla design in order to emphasize performance and responsiveness over more flashy graphics. It worked. The Qualcomm Snapdragon 400 processor has a 1.2 GHz quad-core CPU with four Cortex A-7 cores. This translates to a responsive phone and longer battery life.

The Moto G software is pure Android 4.4 (KitKat) so there was no learning curve for me since I was switching from a previous Android device. Since this is powered with all Google apps, they are all located under one section for easy access. Response time was faster than I expected and was a pleasant surprise. I tried to slow the phone down but it was still going strong after 10 Chrome tabs were opened. The Moto G is great at multitasking as well. No need to hang up or turn off the music to pick up a call.

Recognizing that the radio still plays an important role in many countries, Motorola also upgraded the FM radio in the phone to provide better functionality and connectivity. It’s got great sound and picks up a good range of stations. We have quite a variety of headphones in our home and the radio worked with all of them. Motorola Migrate is a handy little app that that imported my contacts, texts, call history, media and photos from my older phone. I did have to download the app onto my old phone and then I had to touch the APP icon on the Moto G to transfer everything. It’s not mandatory and can be used at anytime.

Motorola Assist is another handy little app. It viewed my Google Calendar as well as my call history and favourites to determine when I’m busy, when someone called and then acted as my personal assistant by sending out an auto-text to my favourites. I was able to even edit the message to something more personal and take the sting out of not being answered. You can silence the phone but let your favourites get through or if someone calls twice within five minutes they can get through in case of emergency.

The feature I enjoyed the most was the “get a good night’s rest”. This lets you turn off automatic notifications between certain hours so you are never disturbed while sleeping. I also liked being able to disable the lock screen security for the Bluetooth feature after it was paired to my trusted device. If you’re into the new wearables such as the Jawbone, this feature is going become one of your favourites. Other handy apps include Google Now that puts important information such as weather, traffic and transit information throughout the day.

Moto G also has a stellar HELP function. You do have to be connected to Google to get the whole effect and it’s a very user-friendly app covering all the basis including some excellent tutorials. I needed help on the Googel Speak app. The app is simple to work– press the mic icon and speak. I needed some pointers on how to ask the questions. Basically don’t be too Canadian, no please and thank you necessary. No Smartphone is perfect and the weak spot for the Moto G is its camera. It’s got a basic 1.3-megapixel front-facing camera and a 5-megapixel rear shooter with LED flash. While it can record 720p HD video, it’s not an amazingly powerful camera. Motorola has made up for this with some great camera software. The camera is set to Auto HDR which helps with the sensor so you can still capture decent pictures.

You can take the photo by tapping anywhere on the screen. Swipe left to view photos in the Gallery app. Swipe inwards from the left to bring up the wheel of photo options that include flash, HDR, focus modes and panorama. I did find it very slow to focus and so I found it didn’t handle action shots very well. Some photos were automatically cropped top and bottom and there was a bit too much compression so some of the finer details were blurry. It gets the job done for snapping quick shots intended for social media sites, but it’s not going to give you top quality shots — you’ll need your DLSR camera for those.

When it comes to battery life Moto G is an absolute trooper. My other phones were energy needy and had to be plugged in daily. To test Motorola’s claims of the all-day battery, I deliberately left the phone on for two solid days. The built-in rechargeable lithium-ion, 2070 mAh battery still had some juice. This is a working person phone. With its strong battery, you’re not going to have to drop everything and plug it on on a daily basis. Motorola really did deliver on its promise of an all-day battery.

The Moto G is one of the best budget phones on the market. Get the same high end performance of other smarphones without the big price tag. 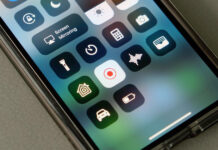