Are you concerned that smart lightbulbs are too expensive for you to adopt smart lighting technology in your home? If you worry that smart bulbs are simply too costly to make them worthwhile replacements for your traditional style lighting, then join me today as I examine the value proposition of smart lightbulbs.

While smart bulbs may have higher up-front costs than traditional lightbulbs, they could actually save you a good bit of money in the long run. Without getting too technical or discussing exact prices (as price varies by bulb, brand, and other considerations), today we attempt to lift the fog and discover whether smart bulbs are a serious value proposition or a total savings bust. Let’s begin!

Just a few short years ago, the selection of lightbulb options for use in and around the home was very different from that which we have today. In some ways it was very limited—if not in the types of bulbs that were available, then at least in the breadth of things that a simple lightbulb could do. Still, a look at a few of the lightbulb types from the recent past may help us to gain some perspective on the value of today’s smart bulbs.

One of the major types (and for many years the most widely used), was the incandescent lightbulb. These bulbs are the least expensive type to purchase, but their lifespan is limited to roughly a maximum of 1000 hours, and they’re not exactly known for their energy efficiency either.

Not that any of that matters anymore now—Canada has been steadily banning these types of lightbulbs over the last few years anyway. Today, they’ve nearly gone extinct (aside from a few minor exceptions).

Another bulb type—the halogen (which is a variation of the incandescent), is more energy efficient than its mostly retired cousin (at least somewhat), and it still remains widely available today. Unfortunately, halogens are also more expensive than incandescents, and they burn a good bit hotter too, so be careful when handling these bulbs and avoid using your bare hands. Halogen bulbs are also generally relegated to special purposes, such as for use as spotlights (as shown above), and in some cases they’ve even been known to explode. Yikes! In any case, they don’t have the wide-ranging versatility of standard incandescent bulbs and are therefore somewhat out of the purview of this blog.

Other lightbulb types include fluorescents and CFLs (compact fluorescent bulbs), which also have their pros and cons. For instance, many people don’t like the type of light given off by fluorescent lights, calling it harsh and blue rather than natural looking. Then again, CFL bulbs do last a lot longer than incandescents (about 10 times as long) and use just 1/4 of their energy, so those benefits are certainly attractive. Finally, there are LED lights (Light-Emitting Diodes), which are the longest lasting and most energy efficient of all lightbulbs. This category of bulbs also includes much of what we’re looking at here today, with one such example being the LIFX Mini White E26 Smart LED Light Bulb (shown above). This is the area of lighting that we will get into next.

What are Smart Bulbs?

Smart bulbs offer a number of great features that are different from what other types of lightbulbs offer. Not only do they come in numerous different varieties and configurations (as can be inferred from the Nanoleaf photo below), but they are also dimmable and can be made to glow in millions of different colours and shades (over 16 million different colours).

What’s more, smart bulbs are fully controllable from your smart phone (either iOS or Android based) via dedicated apps that allow you to manage your lights from anywhere in the world and at any time.

Each smart lightbulb manufacturer has its own specialized app with the features and benefits that they’ve programmed in, but most smart light apps allow (at the very least) for you to turn your lights on and off remotely, as well as for you to set timers (schedules) for when your lights will come on or go off on their own—which can certainly come in handy.

Smart LED bulbs also produce far more lumens of brightness (per a given number of Watts of energy) when compared with incandescent and other lightbulbs. Put more simply, smart LED bulbs require a lot less energy to burn as brightly as their more traditional (and power hungry) counterparts, and this fact alone will save you money.

The one thing about smart lights (some of them at least, such as Philips Hue) that does add to their cost is that they may require a special hub in order to operate. In some cases, this hub will be built right in to one of the bulbs itself, in which case a separate purchase won’t be required (though the bulb with the hub in it could cost a bit more than those bulbs without hubs built-in).

In the case of Philips Hue, the completely separate purchase of a Philips Hue Bridge is required for your Hue lights to work, although there are special kits (like the Philips Hue White & Colour A19 Starter Kit) that come both with smart bulbs and a Hue Bridge bundled together.

Finally, there are waterproof/weatherproof smart bulbs and light fixtures that you can get for outdoor (or bathroom) use as well, and these (like all smart home products) can be made to work with your other smart devices.

You might, for instance, integrate them into your smart home security system such that they will come on when triggered by a motion detector or the activation of your smart security cameras.

Where smart bulbs really begin to outshine the competition is in the value they provide for the amount of money you’ll spend.

For instance, the minimum useful life you’re likely to see attributed to a smart bulb is 15,000 hours, while smart bulbs from several manufacturers boast a useful life of up to 25,000 hours. Ignoring the fact that they’re becoming increasingly difficult to find, let’s compare this lifespan to incandescents, which max out at up to 1000 hours (and often only last for 700).

At 1000 hours for incandescents versus 25,000 for many smart bulbs, you’d have to buy the same incandescent bulb 25 times for just one purchase of a smart bulb. Even if the smart bulb were to cost 5, 10, or even 20 times more than the incandescent, you’d still be saving money by buying the smart light.

The same goes for other traditional types of lightbulbs as well—even if the numbers don’t skew quite so badly.

For instance, I read somewhere that CFL lights (which rarely, if ever, are dimmable) have an approximate life expectancy of 10,000 hours. Though this number (which seems to vary by source) is far greater than that of incandescents, it’s still a good bit less than the 25,000 you can expect to get from many smart lightbulbs.

And then there is energy consumption, which we already considered to some degree in the previous section. Smart LED lightbulbs use far less energy than any other type of bulb you can buy today, so once again they save you money. By now it should be clear that the initial setup costs of smart lights simply don’t tell the whole story.

While smart bulbs would seem, on the surface, to be more expensive than their more traditional counterparts, the ways in which they’ll ultimately save you money more than makes up for those costs.

The savings multiplier on the longer lifespan alone more than makes up for your initial investment, and over time you’ll save even bigger on your power consumption costs.

That’s right, to say nothing of their many great conveniences, smart bulbs actually have the potential to be less expensive than other forms of lighting—and by a significant margin as well! 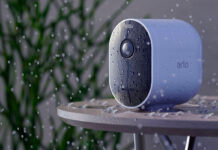