Sometimes you come across a product that you never thought of owning, but after you use it for a while, you realize how much it’s made your life that much more convenient. That is what has happened with my household and smart locks. Even though I regularly review or blog about smart gadgets and the “internet of things,” I hadn’t really integrated any of the tech into my home yet, except for a light or two connected to my Google Home. However, I recently installed two Lockly Smart Locks at home, and (spoiler alert!) I really like them for a variety of reasons. So, if you’ve been considering modernizing your home security, you’ll want to read my review of the Lockly Secure Pro Wi-Fi Latch Smart Lock and the Lockly Secure Pro Wi-Fi Deadbolt Smart Lock.

What is a smart lock?

Just in case you’ve been in a coma or holed up in your basement awaiting the apocalypse, I’ll give you a quick rundown of smart locks. The basic locks we’ve all been using for countless years are all opened one way—with a key. Next came the “keyless” types of locks, which include ones with physical keypads (where you punch in a code instead of using a key); and card-entry locks, like you typically see for hotel rooms. Smart locks go further, allowing users to lock and unlock their doors from devices like smart phones and tablets, or using the Internet. Smart locks also typically allow users to receive notifications for certain events, such as when the locks are unlocked.

Lockly Secure Pro Locks, out of the box

The Secure Pro Wi-Fi Latch Smart Lock I reviewed came in a venetian bronze metallic finish, while the Lockly Secure Pro Wi-Fi Deadbolt Smart Lock has a matte black finish. You can also get the locks in a silvery, satin nickel. The latch model features, obviously, a latch, so it can be used on a regular door to replace the handle, while the deadbolt version is ideally placed on your front door, replacing the key-using deadbolt you likely have there.

Other than that, the two locks have very similar components and aesthetics. On the front, the smart locks feature a touch screen. When activated, the screen offers four circles, each containing three numbers. On the right side of the lock, there’s a small round fingerprint scanner. Yeah, it opens with a fingerprint. We’ll get to that in a minute. Both locks also have discreet keyholes, so you can indeed open these with regular old physical keys. And, on the underside of the front lock housing are also two contact buttons that allow you to hold a 9-volt battery to it and still use the keypad in the case of the main battery running out of juice. The backs of the locks are where you plug in the batteries, which provide up to 12-months of use.

It’s actually not as difficult to install these as I first thought. For the deadbolt model of this smart lock, you are gong to need to remove your old deadbolt from your front door. I enlisted the aid of my neighbour, Gary, who always helps me out with home renovations and the like. Although I am quite handy, I prefer to do things right the first time, and Gary is an experienced carpenter who knows what he’s doing. Once the old lock is removed, you insert the latch assembly, put the screen side of the Lockly lock on the outside, the battery compartment side on the inside, connect the cable, and screw the bits together.

After you have the lock secured, you can download the Lockly App, then insert the batteries and link up. Both locks come with a Wi-Fi hub, which allows you to connect the smart locks to your home network and the internet. Once you have your lock synced with the app, you can then set user codes, fingerprints, access, and various settings for the lock. Setting up the latch version of this lock involves removing the door handle and latch assembly of any door and replacing it in the same way you did with the deadbolt version. If you’ve ever changed a lock or door handle before, you will certainly be able to do this easily.

At this point you can stick the little white door sensor things (one for the door frame and one beside it on the door itself) on, and connect those to the app.

I totally love these smart locks. The sheer geeky joy I get every time I use my fingerprint to unlock my door—hearing that satisfying “beeiip” and the latch unlocking by itself—makes me smile every time. Move over James Bond and Batman; you’re not the only ones with slick and smart security for your lairs. And the fingerprint scanner works almost perfectly. Sometimes, if my finger is wet or I’m in a hurry and slam the lower part of my finger on it accidentally, I get the failure sound and a red light on the screen. But, so far nobody in my family has had anything negative to say about using the scanner to unlock the door multiple times a day. In fact, they totally love it and have been showing their friends how they use their finger to unlock the door. Seriously, I play the theme song to James Bond in my head when I get close to my door now. Don’t judge.

The locks can store up to 99 fingerprints, so you can register practically as many users as you want. Users can be given access codes and also use fingerprints. There are also physical keys you can use—in case of battery failure.

The Lockly Secure Pro smart locks feature a touch screen on the front. It remains dark until you touch it to reveal four little circles, each containing three numbers. What’s great is these smart locks feature “anti-peep” technology (which sounds a little naughtier than it really is), meaning the numbers in each circle change every time you activate the screen, to prevent anyone from watching your finger movements and trying to use the same pattern to unlock the door themselves.

You can also lock and unlock the locks using the app on your phone. I also synched my locks to my Google Home, so I can lock or unlock my doors using voice commands from my couch.

There are lots of things I like about these locks. The latch model is great for an office, rental unit, or any type of door in your home, really, but I actually put that one on my garage door. I’m always forgetting to lock that thing at night, and then I lay in bed worrying about it (rather than, y’know, actually going down and locking it). But, since you can set these smart locks to auto-lock (or not) at different times, I now know my garage is always going to be locked.

I also like that nobody has to worry about having keys or losing keys. For me, if they don’t have their fingertips, they have more to worry about than getting in the house.

I also like that I can set different guest access. I can open the door for someone with my app, from anywhere in the world. I can also give someone a guest access code that I can either set an expiry date for or delete myself when I no longer want to offer that guest access.

Lastly, with the door sensors I can know when my doors are being opened by getting notifications on my smartphone. That’s handy when you’re away on vacation. I guess what I’m saying is, I really like these Lockly Secure Pro Smart locks and will likely find even more worth the more I use them. I can’t go back to normal locks now.

What about you? Do you own any smart locks? Let me know in the comment section below, and don’t forget to check out all the smart locks available online at Best Buy. 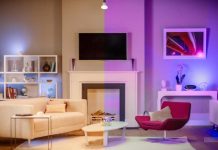