About 18 months ago, I discussed how Smart Locks and Smart Doorbells were a fabulous gateway product for creating your smart home ecosystem. While I still echo those sentiments, a lot has changed by way of technological advancements that might influence what to pick out. By starting with locks and doorbells (or even having it be a second product in a growing smart home), you add security, ease, and convenience to those in your household, and even your guests. In this blog I’ll discuss expanding your smart home universe with smart locks and smart doorbells and what benefit they bring to your home.

Why should I consider smart locks and smart doorbells?

Smart Locks are probably the easiest major smart home product to install. They don’t require much in the way of handyman skills, and, because they’re battery powered, they don’t require you to have any knowledge of wiring. Just make sure you keep enough batteries on hand.

Smart Doorbells require a little bit more knowhow when it comes to wiring, including shutting off your circuit breakers, and, in some cases, installing an accompanying device in your electric chime itself to communicate with.

However, they’re not expert level installations by any means. In fact, at one point Ring claimed that their installations were so easy that they’d guarantee you could do it yourself or else they would foot the bill for somebody to come in and install it for you.

Smart doorbells typically feature a video camera with two-way communication and sensitivity settings so that you can set up how often you want to be notified about activity at your front door.

There’s an added element of safety, as many smart locks and doorbells can partner with other products to create better surveillance around your home. For example, Ring’s products can work in tandem with their in-home smart security systems to provide you with safety inside and outside your home.

Should I get Bluetooth or Wi-Fi devices?

Here’s where things get a bit tricky to figure out. Smart locks have traditionally worked with local Bluetooth, while you have needed Wi-Fi for a smart doorbell.

If you’re in the market for both at the same time, I would really recommend going with something that connects to the other one and allows for simultaneous Wi-Fi connectivity. With the two products supporting each other, you’ll get perks that you wouldn’t get from two separate products.

For example, you probably can’t pair an August Smart Doorbell and an Alfred Smart Lock.

However, an August Video Doorbell and Smart Lock together would allow you to greet someone at the door through the video feed and then unlock the door to let them in from the same app and screen. August was one of the first smart home companies in Canada to do this, and it’s a fantastic feature. During the pandemic, I’ve been able to use it to greet numerous mail carriers and unlock the door to let them drop packages inside the front door while I’ve been on a conference call. Since I’m sitting within earshot at home, I’ll let them know I’m there but can’t answer the door.

As with having any continuously connected Wi-Fi device in your home, you need to make sure that the signal strength near the affected device is strong enough that you can support its features. I’ll talk about that a little bit more near the end of this blog.

With a lot of smart home devices setting their sights on how well they interact with each other, smart locks and smart doorbells are no exception. When you’re deciding on which devices to pick, you should really set your sights on what you might already have around your home. Many of you have voice assistants (like Amazon Echo or Google Home), and if you have one, pick devices that are most compatible with them.

You don’t necessarily have to go with the smart locks and doorbells that are owned by the voice assistant manufacturers either. If you’re interested in something a little less traditional but really cool looking, Alfred smart locks are newer to Canada and have one of the most polished looks I’ve ever seen. They feature a keypad PIN number unlock, localized Bluetooth or Wi-Fi bridging options, and are fully compatible with both the Amazon Echo and Google Home devices.

Outside of that, the usual industry go-tos are still going strong. I’ve personally got an August Smart Lock / Doorbell combination at my front door, and it’ll be hard to shake me off that one.

Expanding on smart security through smart locks and smart doorbells

Since all doorbells typically come with some sort of video camera attached, you can use your doorbell as a means of security for your front door—since it can alert you when the bell is ringing and send you a live feed of who is at your door and what motion is ongoing. I mentioned earlier that you can also purchase other security products that will work in tandem with your doorbell and locks too. If you properly configure your smart lock’s feature settings, you can have it trace timelines around when the door has been locked and unlocked.

August’s DoorSense sensor (which is included with their more comprehensive lock packages) can tell you when the door itself is open or closed (since the lock itself can’t do that).

Many lock apps also allow you to hand out guest keys to family members, house sitters, etc. This will give you better control over understanding who is coming and going, and, since you can enable and disable these keys at any point, it will also give you full control over who has access to begin with.

This should effectively get rid of the idea of cutting and giving out extra keys. Speaking of which, if you just want to do away with keys altogether, there are some completely keyless smart locks from Yale and Alfred that feature numeric keypads on the front. Without a keyhole, this makes your front door effectively bump proof.

Smart doorbells also feature two-way communication and some level of night vision, so you can speak with whoever is at the door in real time if you need to, which means you can also greet any unwanted porch pirates like you see so often on those online compilation videos.

Different doorbells also feature different options around video recording, but just about all of them feature some form of subscription based cloud storage service (in case you want to keep and store recordings beyond real time).

Should I start with smart locks or smart doorbells at first?

The answer to this one is simple in my opinion: Always go with the smart lock first.

Make sure you do your research beforehand to find out which doorbells are compatible with the lock to get the most out of both, but the smart lock is something you can pick up and install over a cup of coffee in the morning, while you’ll have to put a little bit more time aside for the doorbell.

The most common smart locks are compatible with about 90% of doors and lock sets out there, so there’s very little you’ll need to do outside of following the applicable instructions.

I mentioned that I currently have this August Lock on my front door, but I’ve also cycled through about 4 different types over the last 6-7 years. Yale’s Assure used to be the only game in town if you wanted to do away with keys altogether, but some more options (like the previously mentioned Alfred) are out there now too.

Nest also has a bump proof smart lock which is powered by Yale technology (if you have a lot of their products already too). With doorbells, I’ve had both Ring and August, and I’d be comfortable to recommend either one to you.

Since I originally wrote this blog, there is one new piece of advice I want to offer. If you’re the type of person that wants to consider all options, please consider your manufacturer and try to pick something up from a fairly stable and reputable company. Ok-I-Dokeys owners can tell you first-hand about how quickly things can go south. The 2015 debut of the Ok-I-Dokeys lock was promising (and I even reviewed it back then) for the fact that it was one of the first locks in Canada that used your existing lock sets and made them “smart.” They also had keycard entry options, which was unheard of back then. By early 2018, however, the company disappeared after having never really made a dent in the Canadian home automation market, taking the app with it and rendering the lock completely useless.

What else do I need to know about having smart locks and smart doorbells?

I’ve covered how there are plenty of different options out there to choose from, but there are some back end things you need to make sure about before you jump head first into any option.

The mutual thing that both of these smart devices need is strong Internet connectivity (assuming you’ve picked up a Wi-Fi lock option). If your connection is spotty, you’ll miss notifications on your smart devices; or, if the two are supposed to interconnect, that connection may not take place. If you’ve tested your Internet connection and it’s not very strong, consider a Mesh Wi-Fi system, and place one of the nodes somewhere nearby. If you’re curious about how strong the connectivity near your door might be, the majority of smart doorbell apps have a device health feature to tell you.

While we’re talking about smart doorbells, your electronic chime’s voltage is a crucial part of how well it works too. If the voltage is not high enough, the doorbell may not function properly—or sometimes you’ll run into a weird case where it will constantly try to draw power from the chime and emit this really low quality hum. August’s doorbell, for example, recommends a constant 16 volt connection for optimal operation. Once again, your doorbell app’s health feature can tell you how much voltage draw there is.

Have a look at what Best Buy offers, and check out all that new technology, and more, available right now at Best Buy and online at BestBuy.ca.

Which smart locks and doorbells are you using in your home right now? Which combinations would you recommend to your fellow readers? Tell us below. 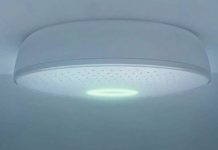 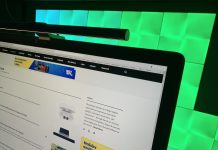 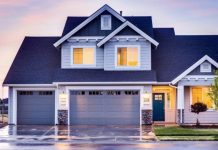 When should you upgrade your Smart Home Tech?