A baby, as any parent knows, will typically lose an average of 10% of their birth weight in the first few days. It’s important they gain this back and continue to gain in order to demonstrate healthy growth. Having a baby scale at home like the Beurer BY80 or Beurer BY90 (that adds Bluetooth), can really provide peace-of-mind.

Admittedly, it has been a long time since I had a baby – almost nine years, to be exact. But I still remember the feeling of anticipation in that first year every time we would head to the doctor’s office for an appointment. A big part of knowing that your baby is progressing well is making sure that they’re gaining weight as needed, especially in those crucial first few weeks after birth.

With a baby scale at home, you don’t have to wait for those monthly or bi-monthly visits to find out the magic number. This is especially important for nursing mothers who don’t have a gauge as to how much milk their baby is getting.

I had the chance to try out both aforementioned Beurer scales, which function almost identically but for a few additions in the BY90. While I didn’t have an actual baby to use during my test period, I got creative and improvised.

The Beurer BY80 & Beurer BY90 Digital Baby Scales Before delving into my experience, let’s look at the two baby scales and how they differ.

Both scales are sleeker, thinner, and more stylish than the clinical ones in a doctor’s office. The BY80 employs a rectangular, elongated design with a deeper recess in the middle, while the BY90 is more oval shaped. Both let you measure your baby’s weight, with special features to combat them wiggling around. Each has a large LCD screen on the front that displays the weight in kilograms, pounds, or ounces, and 23mm digits that are easy to read. The curved weighing surface on both cradles your baby or toddler, either lying down or sitting up, and is easy to clean once finished. Non-slip, abrasion-resistant rubber feet ensure that the scale won’t slide around while you’re trying to get baby on top, keeping it still for weigh-ins. Operation is simple via a single “on” button and automatic switch-off. Both scales can accommodate babies weighing as much as 20kg or about 44lbs.

Where the high tech BY90 model differs is in the Bluetooth connectivity. It connects to the free BabyCare App, syncing the weight data to your phone so you can keep track over time. But that isn’t the only upgrade. It also has built-in memory that saves up to 10 weights for quick at-a-glance reviews, along with an integrated 150cm tape measure so you can keep track of baby’s length as well. Using the Beurer BY80 and BY90 Baby Scales

First, I opted to try out the BY90 since there’s some set-up required to enjoy Bluetooth connectivity. After taking it out of the box and adding three “AAA” batteries (the BY80 uses two “AAs”), I downloaded the free Beurer BabyCare App to my iPhone (it’s also available for Android devices) and registered for an account. Because I don’t have a baby in the home, I entered a fake date of birth. I encountered some initial hiccups with account set-up in that the app wasn’t letting me log in. But eventually it worked. I don’t know if this was an isolated issue or a bug in the app itself. Setting up the Bluetooth connection also took a few tries. But once it was successful, I was able to transfer the data from the scale to my phone.

Turn the scale on using the button on the far left (there are only three buttons on the unit), and when you see 0.00 on the LCD, place your baby on top to weigh them. Babies can be very wiggly, so both scales have a really neat “hold” feature. Using it on automatic, the scale will “hold” a specific weight on the screen for up to two minutes once it is confident that the baby has stabilized enough to deliver an accurate value. In manual mode, simply press the Hold button when your baby is still for a split second, and in six seconds an average weight will show on the screen. Another neat feature, available on both scales, is the ability to use a blanket or towel under your baby versus weighing them naked on the cold, hard surface. Put the towel on the scale, press the “Tare” button (the same as the Power button), and this will reset the weight to zero so you can get an accurate reading once you place baby on top.

With the app, rather than the data automatically syncing, you have to manually transfer it from the scale to the app by pressing the Bluetooth button on the front panel of the scale. It’s an extra step to remember each time. The up to 10 measurements saved to the scale should automatically transfer if you open the app close by the scale with Bluetooth on both. But I did find it finicky, sometimes requiring several tries before the Bluetooth connection was recognized, or I followed the tips in the manual to remove the batteries, wait, and re-insert if Bluetooth connectivity was acting up.

Keep in mind that once the weigh-ins are recognized in the app, you also have to “assign” them to a baby, even if you only have one baby profile set up in the app. If you don’t do this, the data will not transfer. If you transfer an incorrect weight, such as when your cat jumped on the scale, you can easily delete it in the app. I noticed that while the scale has a weight selector switch on the bottom where you can choose pounds, ounces, or kilograms, even though I chose pounds, the weight would always show up in the app as kilograms.

Another feature the BY90 adds over the BY80 is a built-in tape measure. Located on the back, right side of the unit, you can pull it out to measure the baby’s length and head circumference while they’re on top. Push a button on the bottom to retract it back into the housing. It’s such a simple, but so useful, addition.

It should be noted that the app can be used to manually keep track of other stats along with transferred weight data from the scale, including length and head circumference measurements, and nursing/feeding times, sleep crying, temperature, and diaper changes. There’s also a handy timeline that provides interesting factoids each day, and a section to add reminders. The app isn’t the most intuitive baby app I’ve used, making it a nice-to-have with the purchase, but not a reason to buy.

While the idea of adding Bluetooth to the scale for uploading baby weight to an app is neat, the process is finicky, and the app could use some work. There’s certainly an opportunity for Beurer to update the app in future, thus simplifying the process and eliminating some of the hiccups.

If you’re fine manually jotting down the baby weight each time in your own baby book (or entering them into your favourite baby care app), the BY80 is a fine choice that functions as a basic scale with the addition of the Tare and Hold functions, just like the BY90. I wouldn’t opt for the BY90 just for the Bluetooth integration. However, the addition of the measuring tape with the BY90 actually makes it a worthwhile upgrade, allowing you to conveniently measure your baby’s growing height at the same time you measure the weight.

Both scales are sleek in design, easy to use, and perform their main function well, making either a great addition to the nursery.

Get the Beurer BY90 and Beurer BY80 Baby Scales at Best Buy Online. 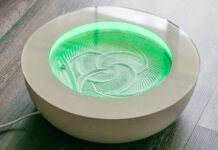 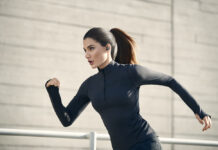