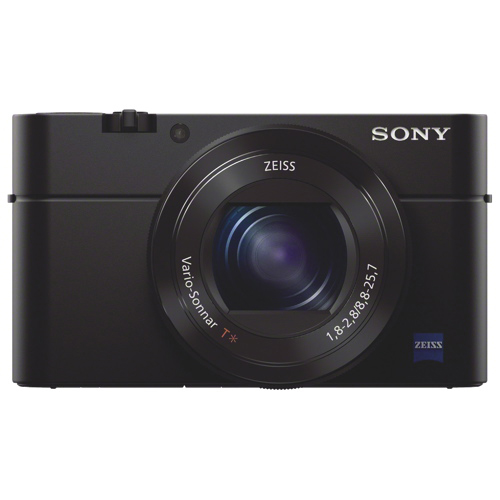 I have to admit that while I pretend not to be an equipment junkie, preferring to spend time looking at other photographer’s work than reading gear reviews, getting the chance to play with a camera like the Sony RX100 M3 kinda lights my fire. This camera has enabled me to do something that no other camera ever has, and for that reason alone I am loath to part with it.
But before I get into the good stuff let me give you an overview of this souped-up compact.
Every camera needs a category, and because of it’s size and the fact that you cannot change the lens, the RX100 is considered a point-and-shoot. But in terms of image quality, functions, controls (and price tag) it has more in common with a mirrorless camera than the other cameras in the point-and-shoot category.
The RX100 is really a high-end point-and-shoot, and offers excellent image quality in a small package. It has gained loads of fans and garnered lots of praise for packing enough features to satisfy the most demanding of shooters into the smallest possible space.

Sensor size
The RX100 carries a 1” sensor, which is bigger than your average point-and-shoot, but smaller than most mirrorless cameras, and quite a bit smaller than the APS-C size sensor that a lot of DSLRs carry. Sensor size is an important consideration because it correlates with the size of the file that the camera outputs and hence becomes the limiting factor on the size of print that you can ultimately make. Bigger sensors also tend to have better low-light performance.

Solidly built
In terms of ergonomics, the RX100 feels really solid and everyone I gave it to was surprised at how heavy it was. It’s not a particularly stylish camera it has to be said, which isn’t surprising as Sony tends to prioritize function over form. The build quality is excellent however, as you would expect for the price.
Before I go any further, let me get some of my gripes out of the way (maybe ‘criticisms’ would be a better word).

First of all the menu system is just plain bad – with an emphasis on the word ‘plain’. There are so many items and options, which is not in itself a problem, but the way in which things are laid out is really monotonous and unintuitive. It just serves to make the camera more intimidating to use, when in fact a well-designed user interface should make the camera more inviting to use.
One problem I had was that I set the camera to record a RAW file and a jpeg simultaneously, and for some reason I never got the RAW files. I have no idea why, but this was a big let down for me. 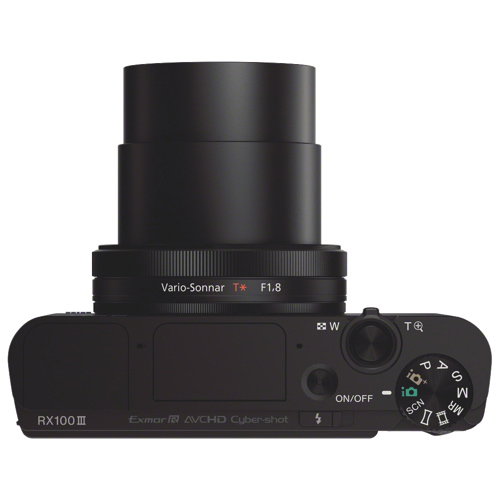 I also found the manual pretty unhelpful. For example, one of the menu options is ‘Zebra’ which you can turn on or off. When you turn it on you get a moving zebra pattern over parts of the image. In trying to comprehend this function I turned to the manual which told me that ‘The zebra pattern will appear over the part of an image if the brightness level exceeds the IRE that you set.’ I don’t know what the ‘IRE’ is, and it doesn’t explain so in the end I’m none the wiser, and that’s one function they might as well not have included because I’m never going to use it. Sony needs to take a serious look at this issue and start offering not just decent explanations, but also tips on how to take advantage of these functions.

Why two auto modes?
Another curiosity was the fact that there are two auto modes: ‘Intelligent Auto’ and ‘Superior Auto’. I won’t bore you with quotes from the manual, but suffice to say that I have no idea what the difference between the two is and why I would choose one over the other.

No in-camera post editing
My final complaint is a small one, but I’ll mention it anyway; you can’t do any post-editing on this camera. Lots of other cameras (even other Sony models) let you apply filters to images right there on the camera and save them as new jpegs. Sometimes I like to do this when I’ve been out shooting and I have a bit of time to kill. Sadly the RX100 has no such functionality. It does have some creative filters you can apply at the moment the photo is taken, but not afterwards. A minor thing really though, and by no means a deal breaker.
Ok that’s the end of my whine-fest, time to focus on the positives.

A pocket rocket
First of all this is a genuinely pocketable camera. I took it to gig and found it no inconvenience at all. When you weigh the size against the image quality the RX100 is in a class of it’s own.

Excellent EVF
I’ve often mentioned my fondness for viewfinders as tools for really getting your composition bang on. Well the RX100 comes with a very cute pop-up electronic viewfinder (EVF) which has fantastic resolution. You also get a tiltable LCD screen which is also very handy if you want to hold the camera over your head, or down by the floor, or shoot video while walking backwards.

Great focusing options
You get a manual focus ring on the lens which can also be used to change aperture when you’re in autofocus mode – very handy. And when you focus manually you can opt to get a zoomed in view which allows you to see when you’ve got the focus nailed.

The killer features
But there are two killer features of the RX100 that really set it apart for me. The first is really simple: you don’t need to take the battery out of the camera to charge it, because it charges by USB. So you can either use an adapter to plug the camera straight into a wall socket, or plug it into your computer. If you plug it into your computer you can download your images and charge the camera at the same time. 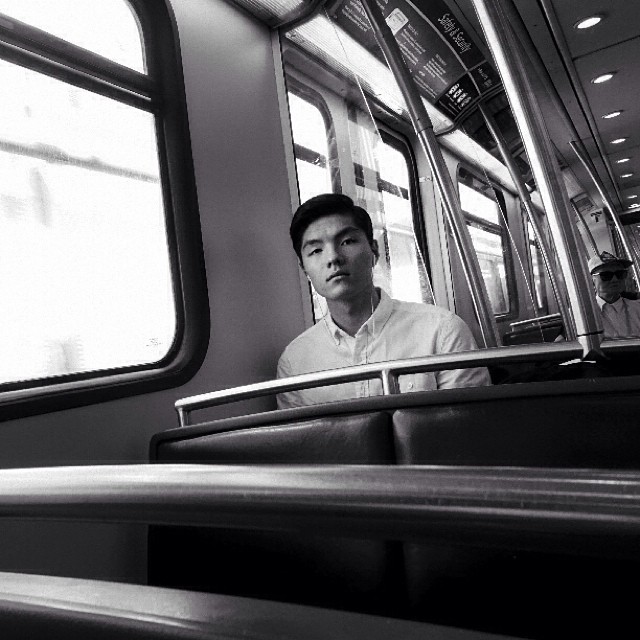 You can also use wifi to send images to your computer or smart device, and this leads me to the feature that really, really impressed me: you can connect the RX100 to your smartphone and get a live preview, and shoot images straight from your phone. I’m a big fan of street photography, and in general street photographers like to work as stealthily as possible, without drawing attention to the work they are doing and thereby getting the most candid images possible. It’s increasingly hard to do though as people tend to have a reaction when they see a camera pointed in their direction.

I was able to take the RX100, connect it my phone, and become just another guy on the street engrossed in his email, or text messages or whatever. And when the moment happened all I had to do was tap the button and I had the shot.
You can see more of the photos from that street session here. I’ve also posted some images on my instagram account.
You don’t get full control over the camera via the smartphone app though; you can zoom and you can change the exposure but that’s it. The thing I really missed was being able to change my focus point, which I was only able to adjust on the camera itself. In future updates I’d love to be able to tap the screen to change the focus.

There’s no denying that the RX100 is a brilliant little camera, but it has some serious shortcomings when it comes to the user experience. I think someone who is already comfortable with their DSLR and is looking for something a bit more compact to carry around will really enjoy this camera. For someone upgrading from another point-and-shoot I would probably recommend looking at a mirrorless instead.