Best Buy Blog
Home Computers, Laptops & Tablets What is Cyber bullying and what can you do about it? 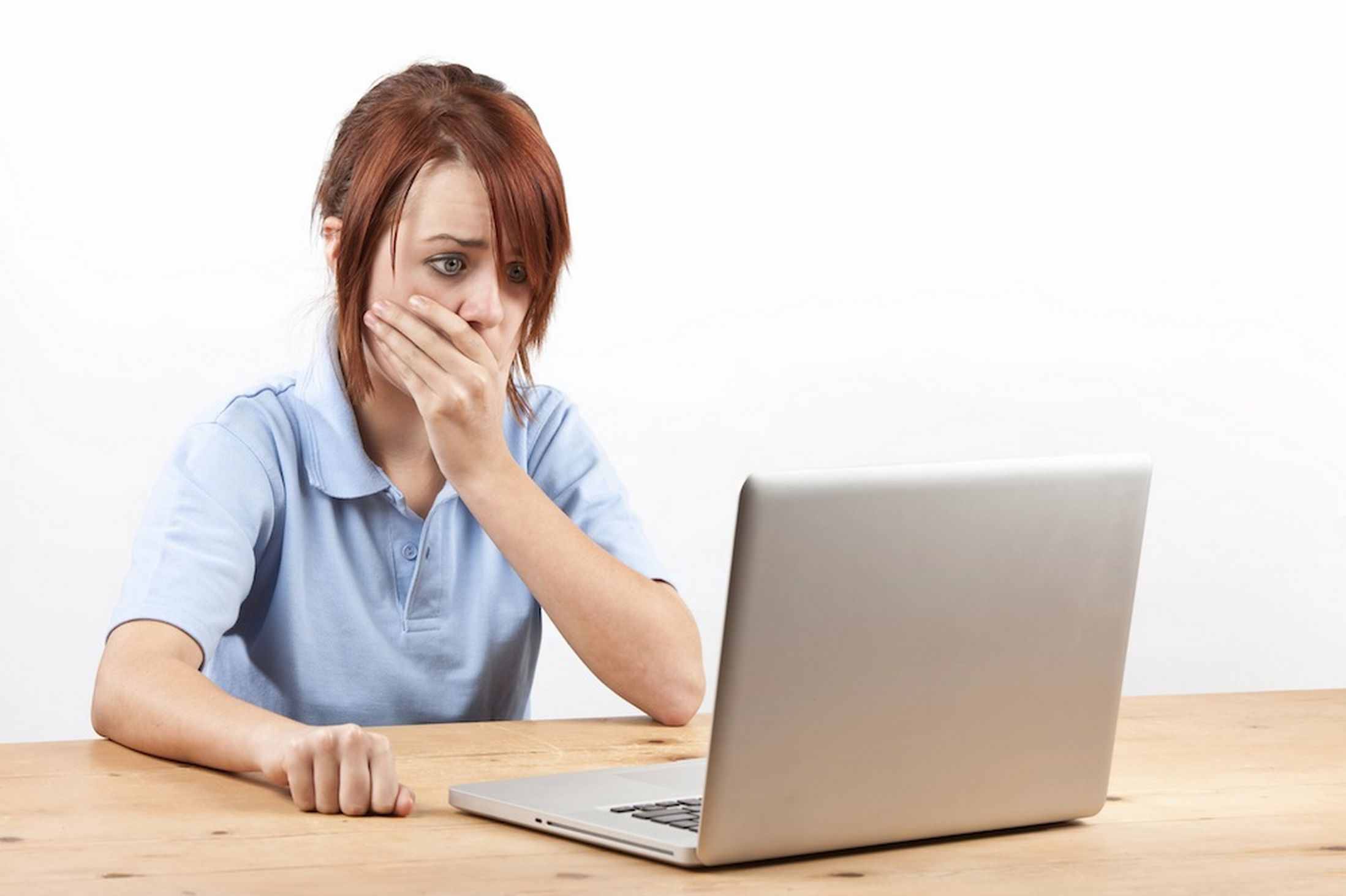 If you’ve got kids in the school system, odds are you’re hearing a lot about bullying right now. The days when kids entering high school have to worry about getting their heads flushed or shoved into lockers has, for the most part, gone by the wayside because of teachers actively watching for physical bullying and anti-bullying campaigns.

But like when you douse out a campfire and there’s a chance of jumping embers, when you control one type of bullying a new one can crop up. I’m talking about cyber bullying or online harassment, and it’s becoming a serious problem in Canada.

The Origins of Bullying

Before we get into what exactly cyber bullying is, let’s take a look at the origins of bullying in general.

Given how much we hear about bullying right now, it’s easy to think it’s a fairly recent issue that’s cropped up in the past 20 or so years. But bullying has been around for a long, long time, and all you have to do is look back and you’ll see just how long.

Oliver Twist by Charles Dickens, published in 1838, is said to be the first novel in English literature that focuses on a child being bullied. Jump to 1967 and The Outsiders, a book kids still read in school today, talks about a 14 year old being bullied and how he deals with it. And who can forget Judy Blume’s books? Blubber was written when I was a toddler, but it still had the power to make me cry for the bullied 5th grade girl when I read it in elementary school.

There have been movies dealing with bullying, and some are done in such a way that they can seem funny and desensitize you to bullying. Revenge of the Nerds, Back to the Future, and The Karate Kid are just a few from the 80’s, and more recently there’s been Mean Girls.

We’d like to think these portrayals are exaggerated, but the facts are these situations happen every single day to thousands of kids across Canada. They just don’t always happen in ways that might be obvious, and that’s because that little smartphone world we’re all guilty of living in has resulted in a completely new form of bullying: cyber bullying.

Cyber bullying began with the first smartphone and personal computers long before that. Lives are now led online just as much as off, and that’s OK if you’re an adult and you’re using judgment and manners to keep your online interactions as positive as your offline.

But If you’re a kid who lacks judgment, doesn’t realize that what goes online stays online forever, and can’t comprehend there is someone on the other end of the app or website who is a living, breathing person with feelings, well, then you have a problem. And because they carry that smartphone around with them 24/7, it’s not a small problem.

What is Cyber Bullying?

The very basic definition of cyber bullying is a type of harassment using technology. Someone who cyber bullies uses his or her smartphone as a method to harass, be hostile to, or slander someone else online. You’ll find cyber bullying on apps like Facebook, Twitter, Instagram, and Snapchat, but in my opinion, the most obvious and brutal place you can find examples of cyber bullying is in the comments section on YouTube.

Because cyber bullying takes place in the relatively private world of a smartphone, tablet, or computer, it’s really hard to monitor and put an end to. If you take a look at the British Columbia’s Ministry of Education’s website Erasebullying.ca, there’s a line that pretty much sums it all up:

Cyberbullying has expanded the boundary of bullying, allowing kids to be bullied 24 hours a day, 7 days a week, regardless of where they are – even in their own bedrooms.

Kids post videos, photos, or just commentary about themselves on social media, blogs, or other websites and people are able to comment. When someone else, whether they know them or not, jumps in and says something mean or hurtful, that’s cyber bullying. Things like “You’re ugly,” or “You’re fat,” are common, and those are, unbelievably, just mild comments.

The case of Amanda Todd, a 15-year-old teen from British Columbia who was cyber bullied for years, is an example of how far cyber bullying can go. She posted a video of herself online that went viral, detailing how one photo she took in Grade 7 was used to harass and taunt her online. She suffered anxiety, depression, and tragically, decided to commit suicide in 2012. Even now, if you read some of the commentary on Amanda’s videos that still exist on Youtube, you’ll see comments like ‘Ha ha, just go kill yourself.’

Amanda’s case is only one example of a child driven to self-harm because of cyber bullying, and it might be an extreme example, but you can see how it has the power to escalate.

How you can put a stop to Cyber Bullying 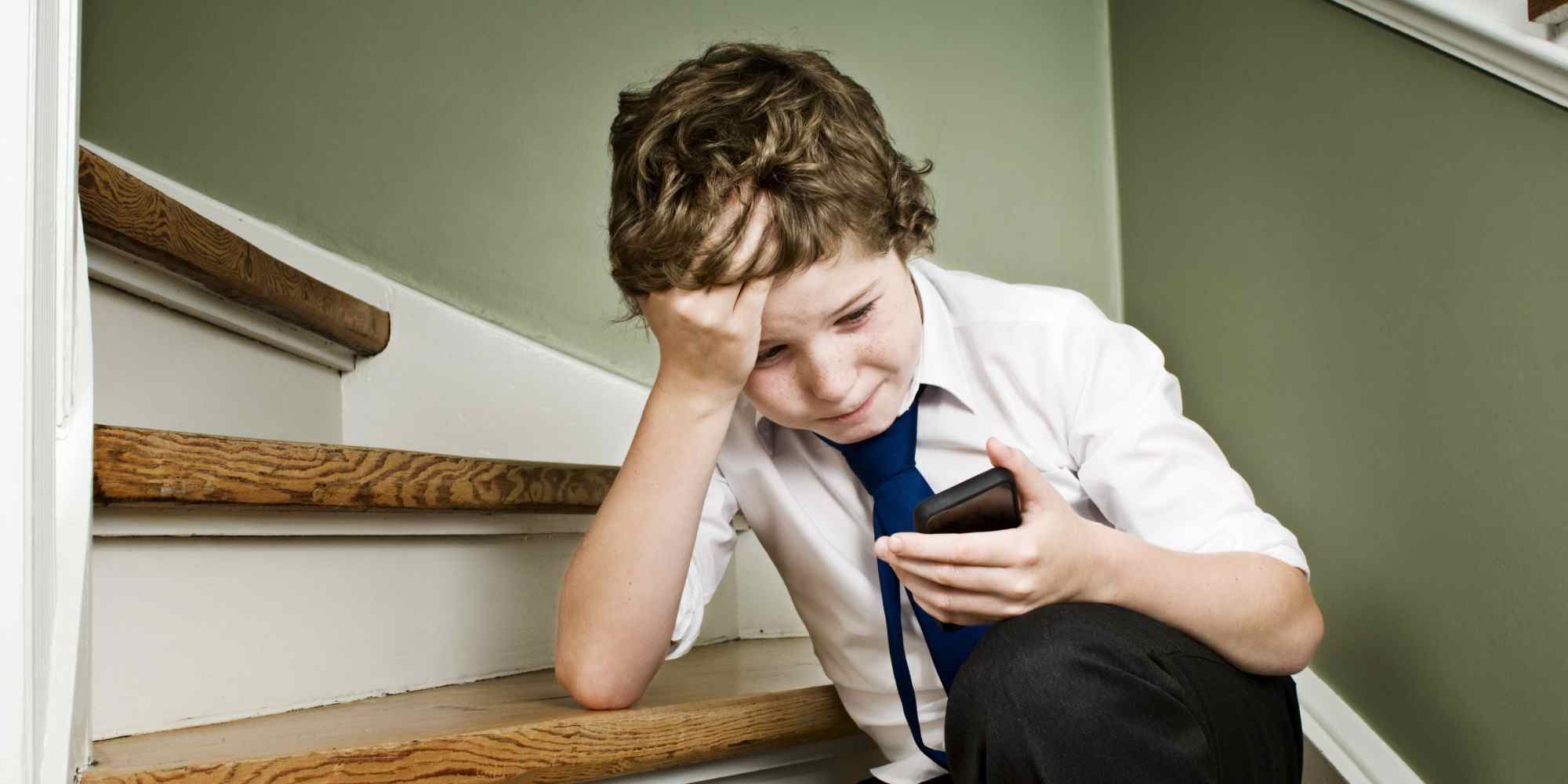 Now that you know what cyber bullying is, what can you do about it if it’s happening to your kids or you think your child is victimizing someone else?

Be the person your child trusts

In the case of any type of bullying, knowing is half the battle. Kids, especially pre-teens or teens, have a hard time opening up about issues. If it was a case of physical bullying, you might receive a phone call from the school or your son or daughter would have bruises indicating they’ve been pushed around.

With cyber bullying, the damage is psychological and the scars aren’t easy to see. If you have an open dialogue with your kids about their lives and the things bothering them, you’ll have a better chance of hearing about cyber bullying when it happens.

Keep track of your child’s smartphone, tablet, or laptop

One of the rules that came with my daughter’s smartphone was that I could pick it up and look at it anytime I wanted to, and although we talk about cyber bullying and protecting yourself online, I make sure she sees me do that often so she realizes I’m watching.

You can keep track of his or her history, open apps, and follow the breadcrumb trail to comments your child has made or his or her friends have made. There are also apps that follow your child online like Safe Eyes, designed to block certain apps, or My Mobile Watchdog, that will monitor texts, photos, and unauthorized phone numbers.

If you’re in doubt about an app, delete it from their phone and block them from it. If you aren’t sure if they’ve been posting comments somewhere online or seeing comments about themselves, do some digging. Both Mac computers and Windows based PCs have built-in safe guards to allow you to monitor and protect your child’s computer profile. Put them to good use, and if you have to, take away the smartphone, tablet, or computer until you’re satisfied the problem has been taken care of. It’s not a violation of their privacy: you’re protecting your child.

Online harassment is illegal, and realizing that is the first step to getting help in the face of cyber bullying. If your child has asked the person that is cyber bullying them to stop and they haven’t, it’s time to bring in the police.

When you call the police to report the problem, make sure you have all of the information relating to the incident or incidents: times, dates, who said what and when, as well as any video or audio you can find. If the cyber bullying is from someone who goes to school with your child, contact the school and let them know too. You can even contact your Internet provider or phone company and report the abuse.

The point is to not let it go unnoticed. If you suspect your child is doing the bullying, let them know they’re being monitored and hold them accountable for their actions. If your child is the victim, they need to know you are there to help.

There are a lot of grey areas when it comes to cyber bullying, and when it happens to you or your child, you’re left wondering whether or not it really classifies as bullying. But in all situations, use your judgment, trust your gut, and always ask for help when you need it. Chances are if you’re wondering if it’s really cyber bullying, it probably is.

If you’d like more information on cyber bullying and how to deal with it, visit the RCMP’s Cyber Bullying and Bullying website or Erase Bullying.

Images from huffingtonpost.com and canadianfamily.org