I recently wrapped up testing of the latest Wi-Fi router from TP-Link, the dual band Archer AX6000. What makes this high performance router so special is that is fully equipped to support Wi-Fi 6, the new generation Wi-Fi standard.

The big selling point of TP-Link’s Archer AX6000 router is that it supports Wi-Fi 6. Not up to speed on the latest and greatest Wi-Fi standard? No worries, I wrote in detail about Wi-Fi 6  explaining what is new and its advantages. There are a few takeaways from that which apply here.

The critical one is that Wi-Fi 6 will make wireless life a whole lot better for smart homes (and homes that maybe don’t embrace “smart” technology but still have a ton of connected devices like smartphones, TVs, video streamers and game consoles). Wi-Fi 6 offers vastly improved traffic management and the ability to effectively connect many more devices to your Wi-Fi network, as well as providing a sizeable speed bump.

But … To get the full effect of Wi-Fi 6, you don’t just need a Wi-Fi router, your devices need to support Wi-Fi 6 as well. Why the emphasis? I want to set expectations. Buying a Wi-Fi 6 router like the TP-Link Archer AX6000 now—before most connected devices support the new standard—means you won’t see all benefits immediately. However, you don’t need Wi-Fi 6 compatibility to enjoy increased bandwidth (as you’ll see in my testing), the router is fully backwards compatible with older devices, and as Wi-Fi 6 devices start to arrive (many are already shipping), then you’ll be set to reap the benefits.

Enough background, now on to the TP-Link Archer AX6000.

Router manufacturers have really embraced the smartphone for setup, and TP-Link is no different there. With the company’s Tether mobile app, you get step-by-step instructions that will get you through setup in minutes. You can also manage the network — drilling down into details like usage, QoS settings and blocking unauthorized users — all from your smartphone. TP-Link also offers the ability to manage the router and your Wi-Fi network the traditional way, through a web page.

This is a Wi-Fi router, but physical connections are far from forgotten. There are eight Gigabit WAN ports. This gives you plenty of ports to plug in devices like game consoles or video streamers if you want to ensure the fastest possible connectivity with zero tolerance for minor Wi-Fi speed variations. If you want to attach a hard drive or printer to the Archer AX6000 to share over the network, there’s not only a Type-A USB 3.0 port, for the the first time in my experience, TP-Link has included a high speed USB-C port.

One interesting feature of the Archer AX6000 has nothing to do with Wi-Fi 6: security.

We’re all (I hope) much more aware of security issues these days and TP-Link takes it seriously. So the company has partnered with Trend Micro, a top-rated computer security firm for HomeCare. This provides very vigorous protection, with antivirus protection at the router level and a threat database that’s updated live by Trend Micro. This keeps your network—and the devices connected to it—secure from threats. HomeCare is also integral to the QoS (quality of service) and parental control features of the router.

The good news is you get three years of HomeCare service for free, but you will have to pay a monthly subscription (or give up the features) after that free term expires.

This is where you would expect to see an impressive list of massive performance gains. Unfortunately, a lot of the big gains you’ll get from Wi-Fi 6 won’t actually happen until compatible devices start to show up in your house. Don’t worry, these aren’t fictional or theoretical. For example, most of the new Surface hardware announced by Microsoft is getting Wi-Fi 6, and smartphones like the iPhone 11 and Galaxy Note 10 already support Wi-Fi 6.

That being said, I saw a measurable performance increase in terms of raw speed while testing the Archer AX6000. For example, when copying a 500MB file from one device to another over Wi-Fi, the speed decreased from roughly 5 seconds when the devices were connected to my 802.11ac router to just under one second when connected to the Archer AX6000. That doesn’t mean you are always going to see a five times speed gain. With a larger 2.3GB file, the average time was 17 seconds for 802.11ac versus 15 seconds for the Archer AX6000—suggesting lower latency is a bigger factor than throughput with small amounts of data (an advantage that’s less important with larger files)—but you should see a definite bump in speed.

With eight high-performance antennas, the router is able to cover an average home with Wi-Fi, but if you have a large home or one with a challenging configuration (stone walls for example), a range extender might be needed.

Your ISP is part of the equation

It’s worth noting at this point, that any speed increase you might see from the router could be limited by your internet plan. That’s why I tested using the Wi-Fi network itself, not by transferring or copying files over the internet. No matter how fast your router is, the fastest it can download or upload data over the internet is the speed of your internet plan. I have 500 Mbps service, so that’s the absolute fastest I would ever be able to connect.

Just keep that in mind if you’re hoping for an online speed boost with a new router. The nice thing with the Archer AX6000 is that TP-Link has equipped with with a 2.5Gbps WAN port (where most are limited to 1Gbps). That means this router is ready to rock with Gigabit or faster fibre optic internet connections if you decide to upgrade your service.

Is the TP-Link Archer AX6000 the router for you?

At this early stage of Wi-Fi 6 rollout, most homes aren’t going to see a huge performance boost by switching to a Wi-Fi 6 router. However, if your current Wi-Fi network isn’t living up to expectations and you’re looking for an upgrade anyway, the TP-Link Archer AX6000 router is a solid choice as a replacement. And it will make sure your Wi-Fi gets even better as you introduce Wi-Fi 6 devices into the mix.

You can find the new TP-Link Archer AX6000 router along with all the top names in Wi-Fi routers and mesh Wi-Fi systems at Best Buy. 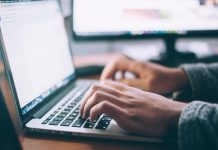 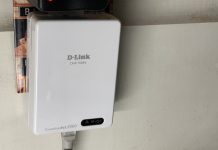